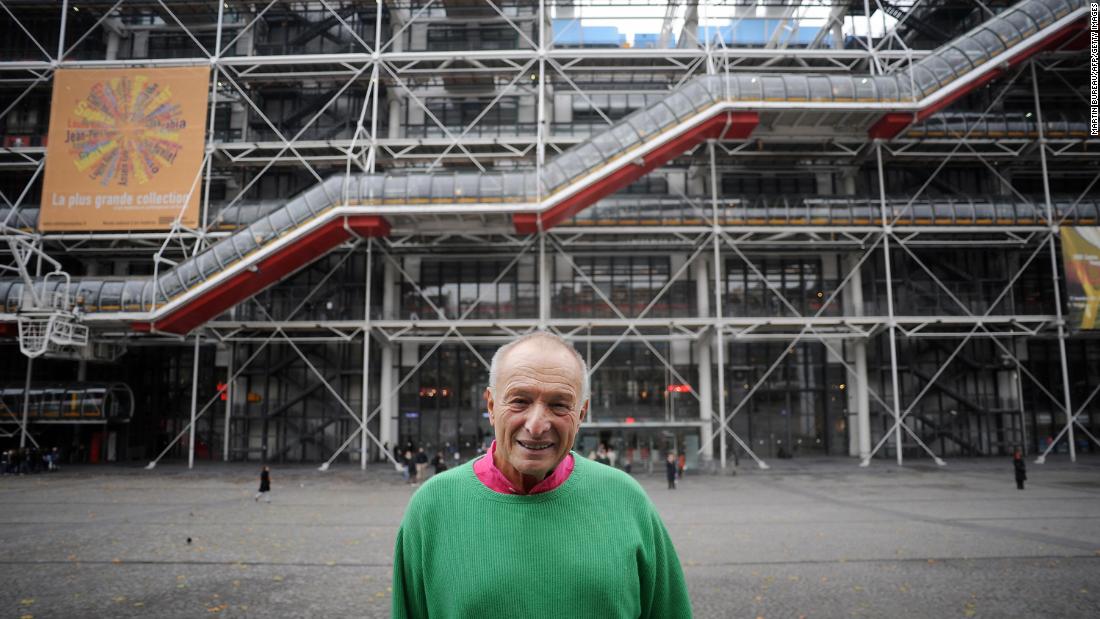 He was one of the most distinctive architects of his generation, with an architectural style that was both instantly recognizable and highly adaptable.

Rogers was born in Florence, Italy in 1933 to an Anglo-Italian family. The family moved to Britain in 1939. After attending the Architectural Association in London, Rogers studied in the United States at Yale University, where he befriended fellow British architect Norman Foster. In 1963, after graduating, the two men joined forces with Rogers’ then-wife, Su Rogers, and Wendy Cheesman, who Foster would marry in 1964, to form the Team 4 architectural firm.

The quartet only stayed together for four years, but in that time, they made an indelible mark on British architecture, becoming the leading names in what became known as Britain’s high-tech architecture style.

Tributes poured in for Rogers on Sunday, with Foster among the first to comment on Instagram, calling Rogers his “longest and closest friend,” and saying he would “miss him dearly.”
On Twitter, architecture critic for the New York Times, Michael Kimmelman, described Rogers as “an architect of tremendous humanity and vitality and visual genius, one of the greats, and great not least for his deep commitment to civil society and the life of the streets.”
Linking up with the Italian architect Renzo Piano, Rogers became a household name in 1977 with the completion of their Centre Pompidou in Paris. Very controversial when first unveiled, it has become one of Paris’ best-known landmarks, deviating from the classical aura of previous museums. Characteristic of the high-tech style — where structures such as beams as well as pipework are visibly displayed — services for the building, such as sewage pipes and lifts, were placed on the outside of the building to maximize space in the interior.

In 1986, Rogers, then working as the Richard Rogers Partnership, would complete another famous building in the same style: the Lloyd’s of London headquarters. It, too, was heavily criticized at first, but it is now one of the city’s most iconic buildings. In 2011, the Lloyd’s building received Grade I listed status, making it one of the few modern buildings to receive Britain’s most prestigious designation.

As CNN Style’s guest editor in 2016, architect Richard Rogers chose to focus on the democratization of public space

In 2007, Rogers’ firm was renamed Rogers Stirk Harbour + Partners to reflect the contributions of fellow architects Graham Stirk and Ivan Harbour. The firm has left its stamp on cities around the world, designing avant-garde buildings including the new 3 World Trade Center in New York, the European Court of Human Rights in Strasbourg, France, and the Millennium Dome in London.

“A man of immense drive and charisma, he was equally a man of civility and integrity, dedicated to the art and science of architecture, of urbanism, the life of the city, of political commitment and positive social change,” the statement added.

Rogers’ firm was awarded the Royal Institute of British Architects’ Stirling Prize in 2006, for the Terminal 4 structure at Madrid’s Barajas International Airport, and again in 2009, for London’s Maggie’s Centre, a cancer care facility.

The architect also received the Pritzker Prize — popularly known as the Nobel Prize of architecture — in 2007.

Rogers was knighted by Queen Elizabeth II in 1991. In 1996, he was made a life peer for the Labour Party and created Baron Rogers of Riverside.

These first months of the year are traditionally when hopeful homebuyers sit down to tally their raises or bonuses and assess what they can afford. … END_OF_DOCUMENT_TOKEN_TO_BE_REPLACED