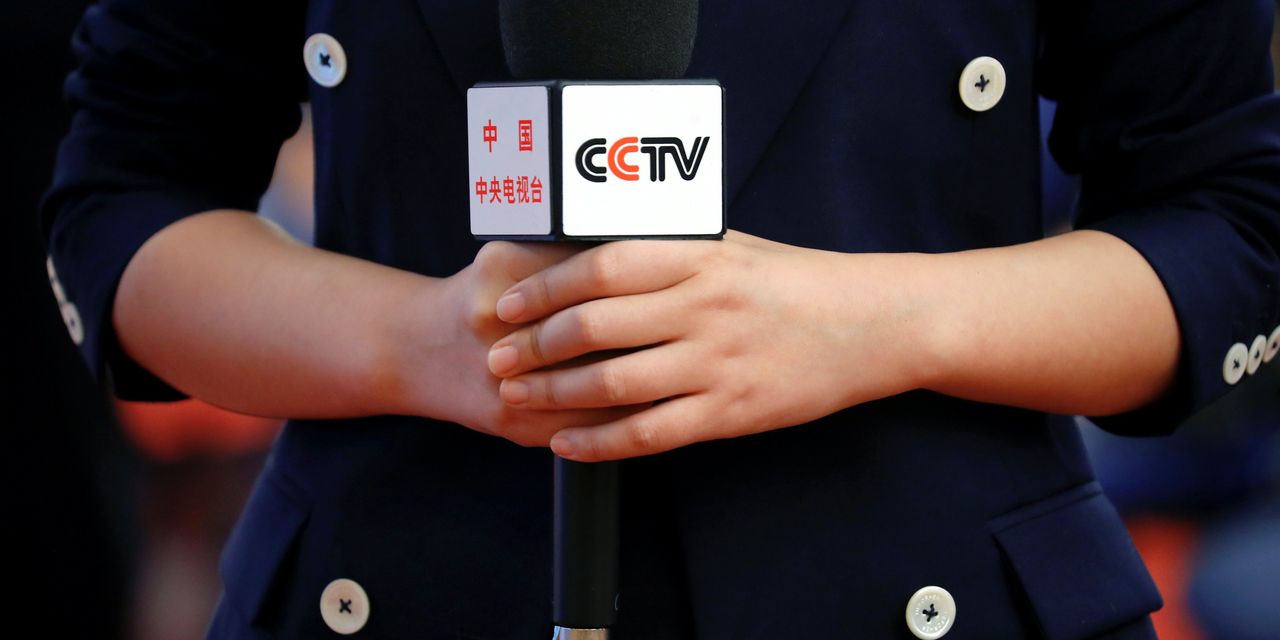 A group that helped force China’s state broadcaster off U.K. airwaves is taking its case to the U.S. by asking the Federal Communications Commission to punish China Central Television for airing information it knew was false.

An FCC spokeswoman said Monday that the agency is reviewing the complaint from Safeguard Defenders, which centers on allegations that individuals of various nationalities were paraded before the Chinese network’s cameras while they were detained and compelled to make false statements, including expressions of remorse or guilt that they say were coerced. Beijing then used their appearances as propaganda broadcast around the world, including in the U.S., the group says.

In the 32-page complaint with the FCC that the Spain-based group made public Monday it requested an investigation of CCTV and unspecified punitive action on behalf of the complainants.

The FCC spokeswoman declined to comment on the substance of the group’s allegations.

CCTV officials couldn’t be reached about the FCC filing but in the past have defended its global television productions as law-abiding and unbiased.

The poshest place in California's Coachella Valley is The Madison Club. This exclusive gated community in La Quinta is where A-listers and tycoons … END_OF_DOCUMENT_TOKEN_TO_BE_REPLACED

KOROPY, Ukraine — Four men tugged at long strips of fabric to lift a coffin out of the gaping hole in the backyard of a small house. They flung the … END_OF_DOCUMENT_TOKEN_TO_BE_REPLACED