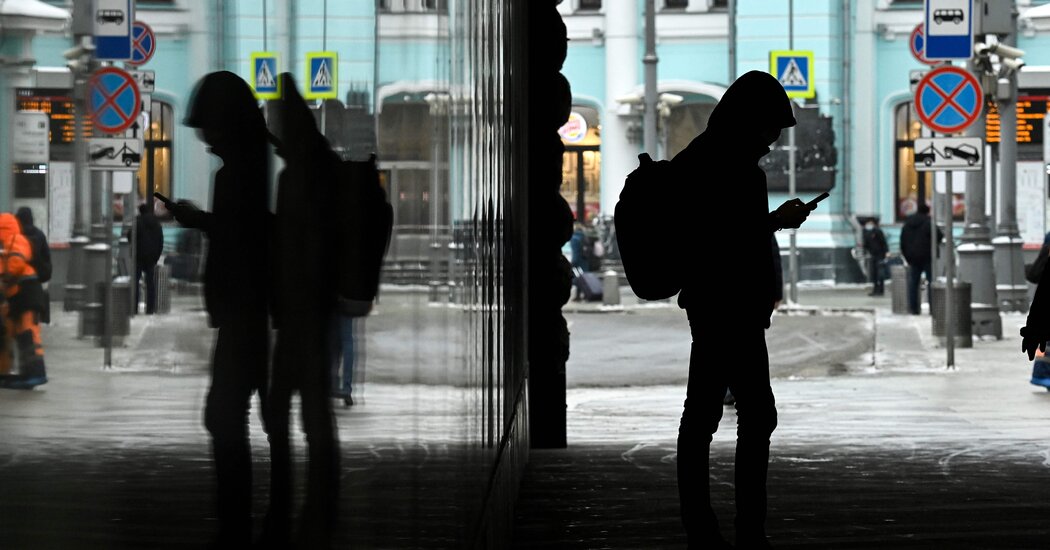 MOSCOW — The Russian government said on Wednesday that it was slowing access to Twitter, accusing the social network of failing to remove illegal content and signaling that the Kremlin is escalating its offensive against American internet companies that have long provided a haven for freedom of expression.

Russia’s telecommunications regulator said it was reducing the speed at which Twitter loaded for internet users in Russia, though it was not immediately clear how noticeable the move would be. The regulator, Roskomnadzor, accused Twitter of failing for years to remove posts about illegal drug use or child pornography or messages “pushing minors toward suicide.”

“With the aim of protecting Russian citizens and forcing the internet service to follow the law on the territory of the Russian Federation, centralized reactive measures have been taken against Twitter starting March 10, 2021 — specifically, the initial throttling of the service’s speeds, in accordance with the regulations,” the regulator said in a statement.

“If the internet service Twitter continues to ignore the demands of the law, measures against it will continue in accordance with the regulations, up to and including blocking it,” it added.

he has allowed the internet to remain essentially free.

Twitter — and to a much greater extent, Facebook’s Instagram and Google’s YouTube — have given Russians ways to speak, report and organize openly even though the Kremlin controls the television airwaves.

Those social networks, along with Chinese-owned TikTok, played a pivotal role in the anti-Kremlin protests that accompanied the return and imprisonment of the opposition leader Aleksei A. Navalny this year. Mr. Navalny has some 2.5 million Twitter followers, and his investigation published in January into a purported secret palace of Mr. Putin was viewed more than 100 million times on YouTube.

Russian officials claim that Silicon Valley companies discriminate against Russians by blocking some pro-Kremlin accounts while handing a megaphone to the Kremlin’s critics. They have also said that social networks have refused to remove content drawing children into the unauthorized protests in support of Mr. Navalny.

In recent weeks, the Kremlin has led an intensifying drumbeat criticizing American internet companies, painting them as corrupting foreign forces.

The internet, Mr. Putin said, must respect “the moral laws of the society in which we live — otherwise, this society will be destroyed from the inside.”

Twitter has a small user base in Russia, though it is popular among journalists, politicians and opposition activists. A report last year estimated the service had 690,000 active users in Russia, meaning that any public backlash over the move is likely to be far smaller than if the Kremlin imposed similar limits for Instagram or YouTube.

MIAMI--(BUSINESS WIRE)--Intelli Smart Homes, the leading smart home technology company, has been recognized as one of America’s fastest-growing … END_OF_DOCUMENT_TOKEN_TO_BE_REPLACED

Customers outside a Walmart store in Torrance, California, US, on Sunday, May 15, 2022. Walmart Inc. is scheduled to release earnings figures on May … END_OF_DOCUMENT_TOKEN_TO_BE_REPLACED

The past few years have been brutal on homebuyers' budgets. Would-be buyers have been priced out of some of the most desirable neighborhoods thanks to … END_OF_DOCUMENT_TOKEN_TO_BE_REPLACED