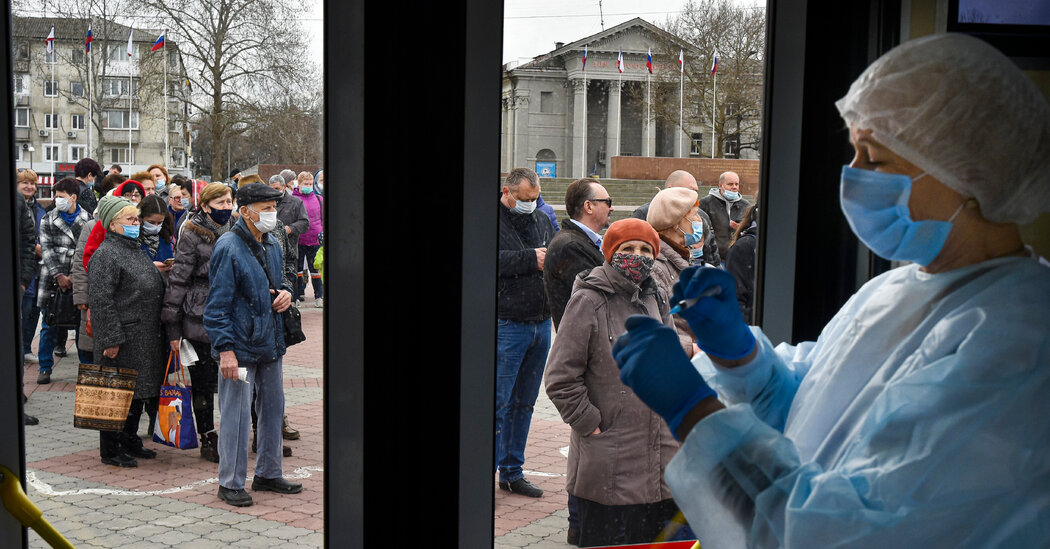 The first dose of Russia’s Sputnik V coronavirus vaccine provides sufficient protection on its own to be used without a second injection, the country’s Ministry of Health said on Thursday, clearing the way for a faster vaccination campaign in Russia.

The new policy arose from a debate among public health officials in Russia and a number of other countries about the benefits and drawbacks of accelerating vaccinations by skipping or delaying the second dose of vaccines that were originally designed to be administered in two shots a few weeks apart.

As is the case with other two-dose coronavirus vaccines, Sputnik V provides substantial protection, at least for the short term, after the first shot.

The ministry said in a statement that people in Russia who, for various reasons, skipped their second shot of Sputnik V were still far less likely to become sick than unvaccinated people were.

Sputnik V to be 79.4 percent effective after a single shot. Russia has previously reported an efficacy of 91.6 percent after two shots.

The Russian vaccine uses two common cold viruses that have been genetically modified to carry genes of the coronavirus, which prime the immune system to prevent infection. Developers of the vaccine have said the second dose lengthens the period of time a recipient is immune.

In other countries, health authorities have been wary about approving a simplified single-shot approach for vaccination using vaccines that were tested in trials using two shots.

But the first shot of Sputnik V uses the same common cold virus as the single-dose Johnson & Johnson vaccine, which already has been approved for use in the United States and other countries and has been shown to be safe and effective, with an efficacy of 72 percent in the United States.

The Russian version of this single-shot approach is called Sputnik Lite.

The two-dose Sputnik V vaccine is still being offered in Russia and to dozens of other countries. Russia’s export customers could also speed up their vaccination campaigns if they follow the Russian Ministry of Health’s lead in approving a single-dose strategy.

SEATTLE--(BUSINESS WIRE)--(NASDAQ: RDFN) —The housing market turned a corner in April as the inventory crunch showed signs of easing, according to a … END_OF_DOCUMENT_TOKEN_TO_BE_REPLACED

We present a chance to live like Rocky Mountain royalty right in the heart of Denver. “You don't see a lot of castles in the middle of Denver—and this … END_OF_DOCUMENT_TOKEN_TO_BE_REPLACED