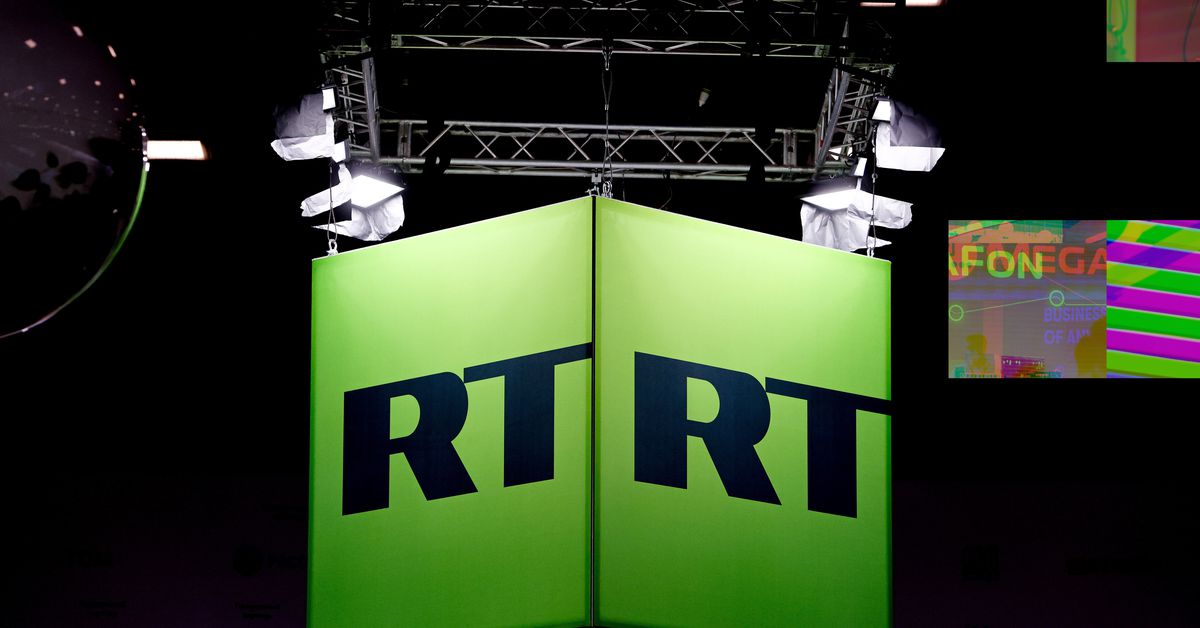 “The Grand Chamber of the General Court dismisses RT France’s application for annulment of acts of the Council, adopted following the outbreak of the war in Ukraine, temporarily prohibiting that organisation from broadcasting content,” the Luxembourg-based General Court said.

Judges endorsed the latitude of the EU’s council of government heads to take restrictive measures in this field and dismissed Russia Today’s arguments that the ban curtailed its freedom of expression.

“The limitations on RT France’s freedom of expression which the restrictive measures at issue are liable to have are proportionate, inasmuch as they are appropriate and necessary to the aims pursued,” judges said in their ruling.

“The Court also finds that those measures do not disproportionately infringe the essential content of RT France’s freedom to conduct a business since they are temporary and reversible,” they said.

The Kremlin said the EU court’s decision was “extremely negative” and that Moscow would take similar measures against Western media in response.

In a call with reporters, Kremlin spokesperson Dmitry Peskov said Russia Today was unable to work in Europe but he hoped it would find loopholes to resume broadcasting.

RT France said it would appeal to the Court of Justice of the European Union, Europe’s highest.

“The Court’s confirmation of this general ban with an uncertain term unfortunately shows that the judicial power of the European Union cannot or does not want to oppose political power,” Xenia Fedorova, president of RT France, said in a statement.

The EU sanction, which applies to RT’s English unit and operations in Britain, Germany, France and Spain, means RT content cannot be broadcast or disseminated by EU operators.

The ban includes the suspension of RT’s broadcasting licences and authorisation, transmission and distribution arrangements with its EU counterparts.

Three men were indicted in the death of the notorious gangster James (Whitey) Bulger, who was beaten to death four years ago in a West Virginia … END_OF_DOCUMENT_TOKEN_TO_BE_REPLACED

Dr. Connolly and Dr. Mott live in the North Baltimore neighborhood of Homeland, known for its strong public schools and colonial architecture, which … END_OF_DOCUMENT_TOKEN_TO_BE_REPLACED