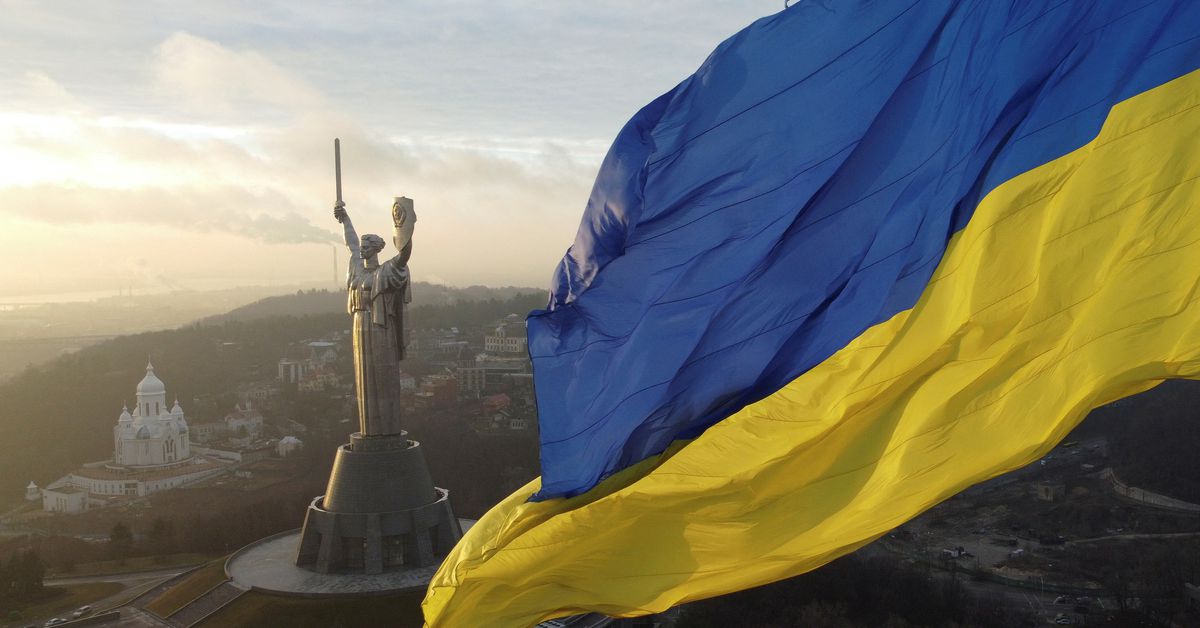 Ukraine’s biggest national flag on the country’s highest flagpole and the giant ‘Motherland’ monument are seen at a compound of the World War II museum in Kyiv, Ukraine, December 16, 2021. Picture taken with a drone. REUTERS/Valentyn Ogirenko TPX IMAGES OF THE DAY

April 7 (Reuters) – Russia’s long-term objective is to seize all of Ukraine even though the short-term focus of its invasion is now on the east of the country, Ukrainian Deputy Defence Minister Hanna Malyar said on Thursday.

She said Russian forces were biding their time in Ukraine as Moscow stepped up intelligence operations there and learnt how best to fight Ukrainian troops. read more

“The key objective of the Russian Federation was and is the capture of the entire territory of Ukraine, ” Malyar told a video briefing.

“Russia planned to do this quickly, but (President Vladimir) Putin’s blitzkrieg failed. Even so, Russia has not abandoned its plan to take the entire territory of Ukraine.”

Russia says its “special military operation” is aimed at demilitarizing and “denazifying” Ukraine. The Kremlin’s position is rejected by Ukraine and the West as a pretext for an unprovoked invasion.

Ukraine’s military says Russia wants to entrench a land passage between two separatist, self-proclaimed people’s republics in eastern Ukraine and the southern region of Crimea that Russia seized and annexed in 2014.

“As of today, Russia plans to achieve some smaller objectives to show results, but in reality it is using any moment to gather its forces, to regroup its armies, in order to continue its assault,” Malyar said.

“The enemy is learning how to fight us. If in the first days (of the Feb. 24 invasion) the Russian army was disorientated, then they are now adjusting to our tactics and strategy, and taking time … in order to learn how to fight our strategy.”

She said there were “signs” that an airfield in the breakaway Moldovan region of Transdniestria that borders Ukraine and is largely Russian-speaking was being prepared to receive aircraft and used by Moscow to fly in Ukraine-bound troops.

She cited no evidence for this assertion.

On Wednesday, Moldova’s defence ministry said it had no information about Transdniestria preparing to receive Russian aircraft and noted that the Moldovan armed forces controlled the airspace above Moldova. Authorities in Transdniestria also said Ukrainian allegations of military activity there were not correct.

When the water slipped in, it was just a glimmer on the floor, a sign that it was time to go.It was Wednesday, around noon, and Darcy Bishop roused … END_OF_DOCUMENT_TOKEN_TO_BE_REPLACED 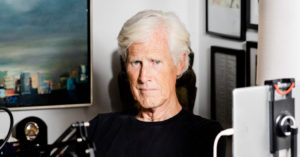 Of course, true crime and podcasts go hand in hand. The Hulu comedy “Only Murders in the Building” is explicitly a parody of the ubiquitousness of the … END_OF_DOCUMENT_TOKEN_TO_BE_REPLACED