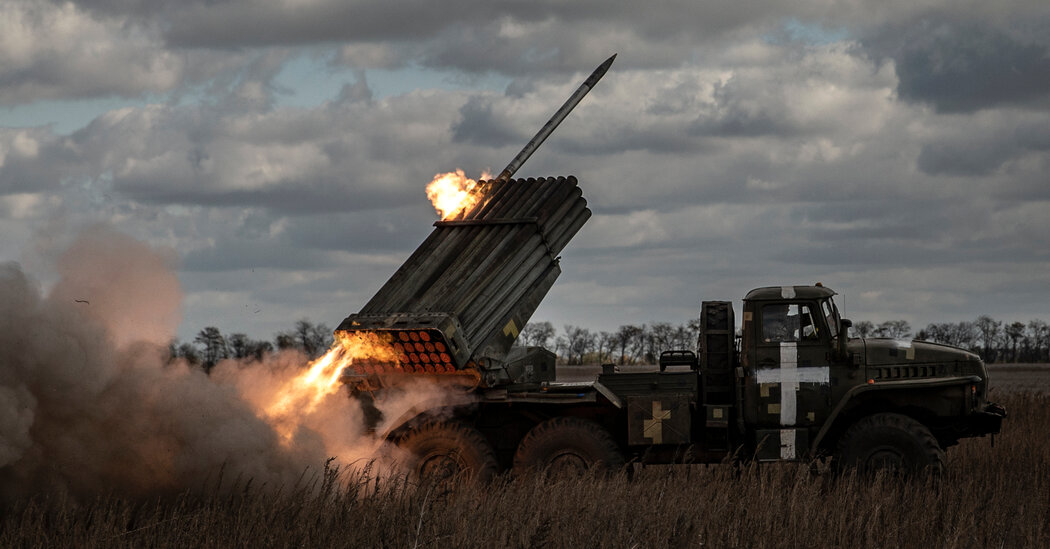 Although Russia has suspended its participation in a deal that allowed Ukraine to export its grain by ship, 12 cargo vessels carrying grain set sail from the country’s Black Sea ports on Monday after the deal’s brokers, Turkey and the United Nations, notified Moscow.

The departures of the ships, which had been authorized to sail before the deal was suspended, appeared to pass without incident. Moscow’s announcement on Saturday has meant a halt to its participation in ship inspections in the port of Istanbul, but it was unclear whether it also signaled a refusal to guarantee security for any cargo vessels crossing the Black Sea, where its navy dominates.

In a hint that shipments would have to be halted at least for now, the Kremlin spokesman, Dmitry S. Peskov, said Monday that Turkey could not continue to implement the deal because “Russia says it is impossible to guarantee safe navigation” in the Black Sea and that ship passage was now “much more risky.”

Russia’s permanent representative to the United Nations, Vasily Nebenzya, later said in comments reported by Interfax that Moscow “cannot allow unimpeded passage of vessels without our inspection” and would take “independent measures” to control carriers approved without its coordination.

Underscoring the potential risks, the Ukrainian military’s southern command said on Monday that Russian shelling of the port in Ochakiv, which sits on the Black Sea, hit two civilian tugboats that were involved in transporting a grain barge. Two people were killed and another crew member was injured, it said. The incident and vessels involved did not appear to be directly related to the grain deal.

Some analysts believe the initiative could still be restarted, because Moscow has merely suspended its participation and has not physically withdrawn its representatives from the headquarters overseeing its implementation in Istanbul. The Kremlin also views the agreement, which is set to lapse in mid-November unless it is renewed, as leverage to achieve larger aims, analysts say.

Alexandra Prokopenko, an independent analyst and an expert on Russia who writes for the Carnegie Endowment for International Peace, said that the deal was in effect a “political tool” for the Kremlin. One Russian objective in any talks to determine whether the agreement is restarted or renewed could be securing further exemptions on its own exports of food and fertilizer from so-called hidden sanctions, such as the elevated cost of insuring vessels, she said.

“Russia stopped the deal but it has opened a loophole for Turkey to negotiate,” she said, by keeping a presence at the Joint Coordination Center — which houses the team of officials from Russia, Turkey, Ukraine and the United Nations that monitor the grain ships.

Turkey was a key broker for the Black Sea Grain Initiative agreement, which guaranteed safe passage to Istanbul for ships carrying agricultural exports from ports in Ukraine, as well as for ships traveling to the country. The ships are inspected in Istanbul, where the Joint Coordination Center is based.

Ukraine is a major exporter of wheat and other grains and the deal, signed in July, had offered hope for Ukraine’s economy and the prospect of relief for countries that are facing a food crisis.

Russia suspended its participation after an attack on its Black Sea naval fleet that it blamed on Ukraine, but President Tayyip Erdogan of Turkey said in a speech on Monday that his government would continue its efforts to overcome Moscow’s opposition.

“Russia is hesitant,” Mr. Erdogan said, according to the state-run Anadolu News Agency, but he added: “We will continue our efforts to serve humanity.”

Global wheat prices rose about 6 percent at the start of trading on Monday to about $8.80 a bushel before stabilizing. That is far lower than near the start of Russia’s full scale invasion, in February, when prices rose to more than $12 a bushel.

The ships carrying about 390,000 tons of agricultural products left Ukrainian ports including Odesa on Monday, Mr. Bratchuk said. The United Nations and Turkey notified Russian authorities, according to Ismini Palla, a spokesperson for the Joint Coordination Center.

AUSTIN, Texas--(BUSINESS WIRE)--As the first multifamily management company to be recognized in the Public Relations and Marketing Excellence Awards, … END_OF_DOCUMENT_TOKEN_TO_BE_REPLACED

There have been whispers of cooling housing and rental prices in the San Francisco Bay Area, but that hasn't yet translated into practical, noticeable … END_OF_DOCUMENT_TOKEN_TO_BE_REPLACED

Cars pass in Independence Square at twilight in Kyiv, Ukraine, Monday, Oct. 31, 2022. Rolling ... [+] blackouts are increasing across Ukraine as the … END_OF_DOCUMENT_TOKEN_TO_BE_REPLACED