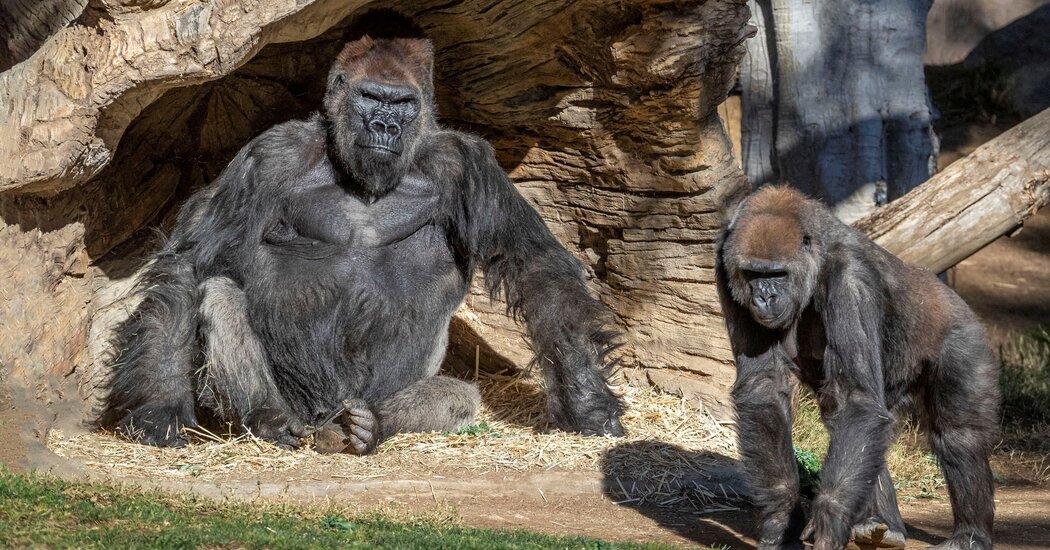 The San Diego Zoo has given nine apes an experimental coronavirus vaccine developed by Zoetis, a major veterinary pharmaceuticals company.

In January, a troop of gorillas at the zoo’s Safari Park tested positive for the virus. All are recovering, but even so, the zoo requested help from Zoetis in vaccinating other apes. The company provided an experimental vaccine that was initially developed for pets and is now being tested in mink.

Nadine Lamberski, a conservation and wildlife health officer at San Diego Zoo Global, said the zoo vaccinated four orangutans and five bonobos with the experimental vaccine, which is not designed for use in humans. Among the vaccinated orangutans was an ape named Karen, who made history in 1994 when she became the first orangutan to have open-heart surgery.

the danger the virus poses to great apes and other animals, but also about the potential for the virus to gain a foothold in a wild animal population that could become a permanent reservoir and emerge at a later date to reinfect humans.

Infections in farmed mink have produced the biggest scare so far. When Danish mink farms were devastated by the virus, which can kill mink just as it kills people, a mutated form of the virus emerged from the mink and reinfected humans. That variant showed resistance to some antibodies in laboratory studies, raising suspicion that vaccines might be less effective against it.

That virus variant has not been found in humans since November, according to the World Health Organization. But other variants have emerged in people in several countries, proving that the virus can become more contagious and in some cases can diminish the effectiveness of some vaccines.

Denmark ended up killing as many as 17 million mink — effectively wiping out its mink farming industry. In the United States, thousands of mink have died, and one wild mink has tested positive for the virus.

Although many animals, including dogs, domestic cats, and big cats in zoos, have become infected by the virus through natural spread, and others have been infected in laboratory experiments, scientists say that widespread testing has yet to find the virus in any animal in the wild other than the one mink.

National Geographic first reported the vaccination of the apes at the San Diego Zoo.

Kevin McKenzie and Martine van Hamel were standing in the dining room of their weekend house in Woodstock, N.Y., trying to figure out when they got … END_OF_DOCUMENT_TOKEN_TO_BE_REPLACED