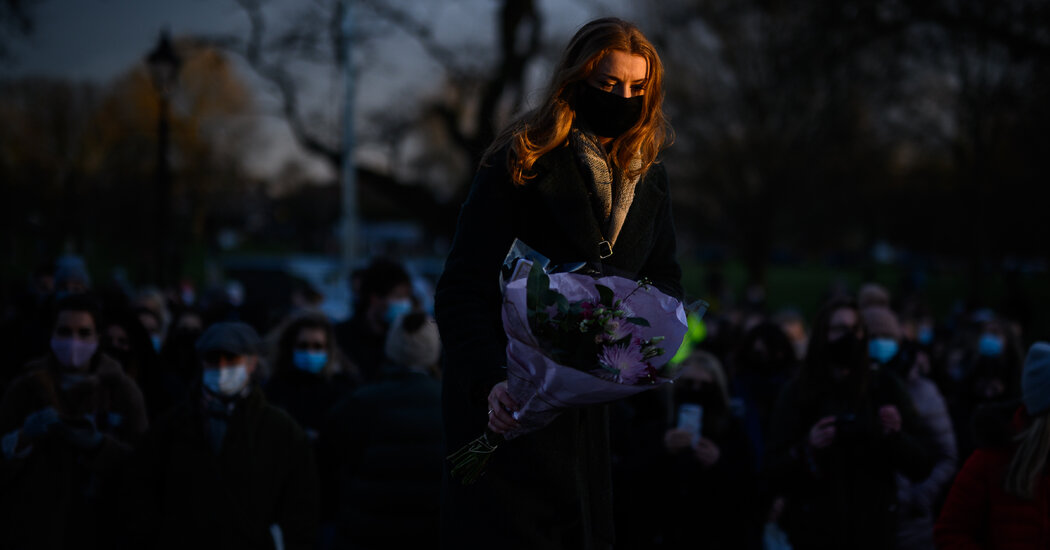 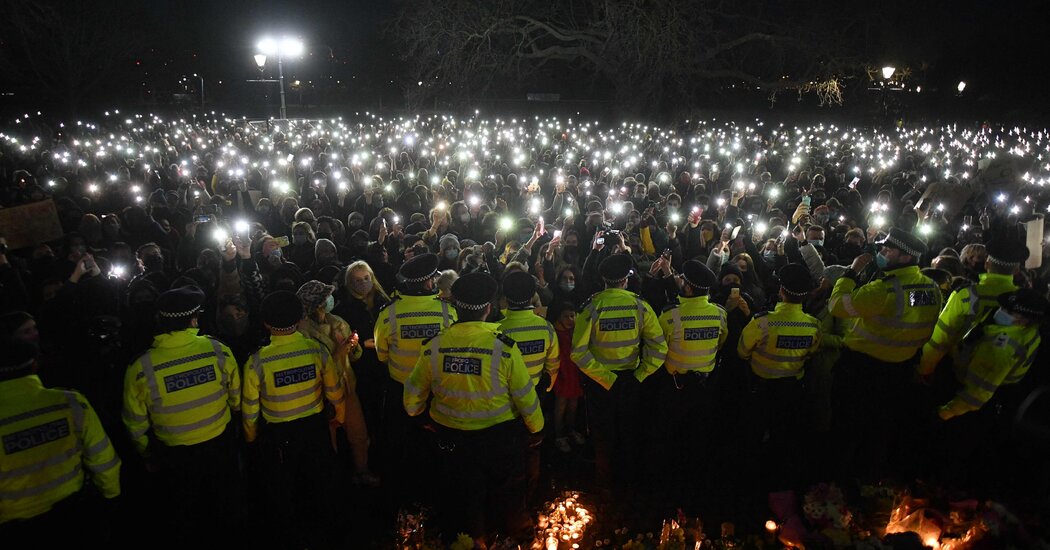 LONDON — Thousands of people gathered in south London on Saturday for a vigil in tribute to Sarah Everard, the 33-year-old marketing executive whose killing has touched off a national reckoning over violence against women, despite police warnings that the event would be unlawful.

As darkness fell, a growing crowd chanted “Shame on you!” and “How many more!” In what became a rally against gender violence, some clapped their hands and others held tea lights or signs that read “End Violence Against Women” and “She Was Only Walking Home.”

The event, in Clapham Common, near where Ms. Everard was last seen on March 3 on her way back from a friend’s house, had drawn small groups at first, with people gathering in silence around a memorial where flowers had been laid. Earlier, Kate Middleton, the Duchess of Cambridge, was among those who placed flowers at the memorial.

Several women were arrested at the event and handcuffed by the police, according to videos shared on social media. Other protesters, some unmasked, engaged in tense faceoffs with the police.

plan to tackle violence against women and girls later this year. Home Secretary Priti Patel said on Friday that a call for testimony about harassment, which had received 15,000 contributions, would be extended for two weeks.

Lawmakers are also set to debate a bill on domestic abuse next week, with growing momentum across party lines to include an amendment treating misogyny as a hate crime.

Several lawmakers had supported the vigil’s going forward, despite the restrictions.

“Even in a pandemic a small, responsible, risk-assessed vigil could surely be accommodated?” Joanna Cherry, a lawmaker for the Scottish National Party, said on Twitter. “Women’s fear of the hate & violence against us needs expression.”

As an alternative to the vigil, organizers urged people to hold a light on their doorstep at 9.30 p.m. local time. Several officials, including Prime Minister Boris Johnson, said they would light a candle for Ms. Everard.

But the event in South London eventually turned into a large gathering, echoing an overall sentiment that flooded social media throughout the week: that women had had enough.

In a statement published hours before the rally took place, the organizers of Reclaim These Streets said, “We are clear that women’s voices will not be silenced, now or ever.”

The Myanmar military’s bloody crackdown on the nationwide resistance to its rule showed no sign of easing on Sunday, with a human rights group … END_OF_DOCUMENT_TOKEN_TO_BE_REPLACED

Secretary of State Antony J. Blinken on Sunday criticized the Chinese government for a lack of transparency during the pandemic, particularly during … END_OF_DOCUMENT_TOKEN_TO_BE_REPLACED

DAVOREN PARK, Australia — No one really knows when backyard sheds became meaningful to men, as a retreat and a place to tinker. But in the late 1990s, … END_OF_DOCUMENT_TOKEN_TO_BE_REPLACED