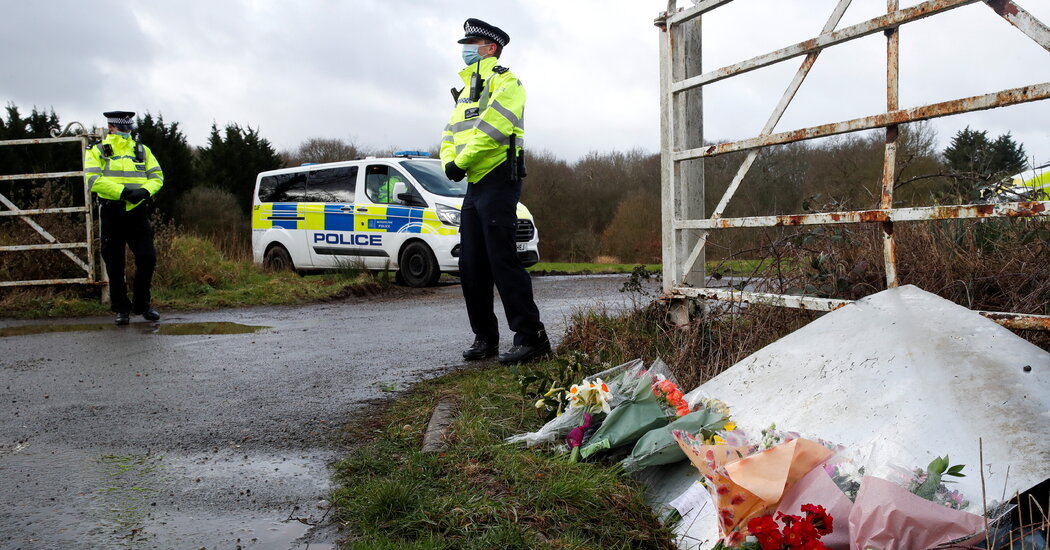 LONDON — A body found this week in a wooded area in southeast England has been identified as Sarah Everard’s, the police said on Friday, ending days of uncertainty over the fate of the 33-year-old marketing executive who disappeared in South London last week.

Her disappearance touched off an outpouring of solidarity and anger against gender violence in Britain.

“Assistant Commissioner Nick Ephgrave has sadly confirmed the body found in the woodland in Kent has been identified as Sarah Everard,” the Metropolitan Police said on Twitter. “Our thoughts are with Sarah’s family and loved ones at this difficult time.”

A police officer was arrested this week in Kent, 80 miles southeast of London, and is being held in custody on suspicion of kidnapping, murder and, in a separate incident, indecent exposure.

reading the names of women who were killed over the past year in which a man was convicted or charged in the case. “Killed women are not vanishing rare, killed women are common.”

Chief Covelli said Mr. Crimo planned the shooting for several weeks, but that the authorities had not yet established what his motive was. “We have no … END_OF_DOCUMENT_TOKEN_TO_BE_REPLACED

Kevin McKenzie and Martine van Hamel were standing in the dining room of their weekend house in Woodstock, N.Y., trying to figure out when they got … END_OF_DOCUMENT_TOKEN_TO_BE_REPLACED