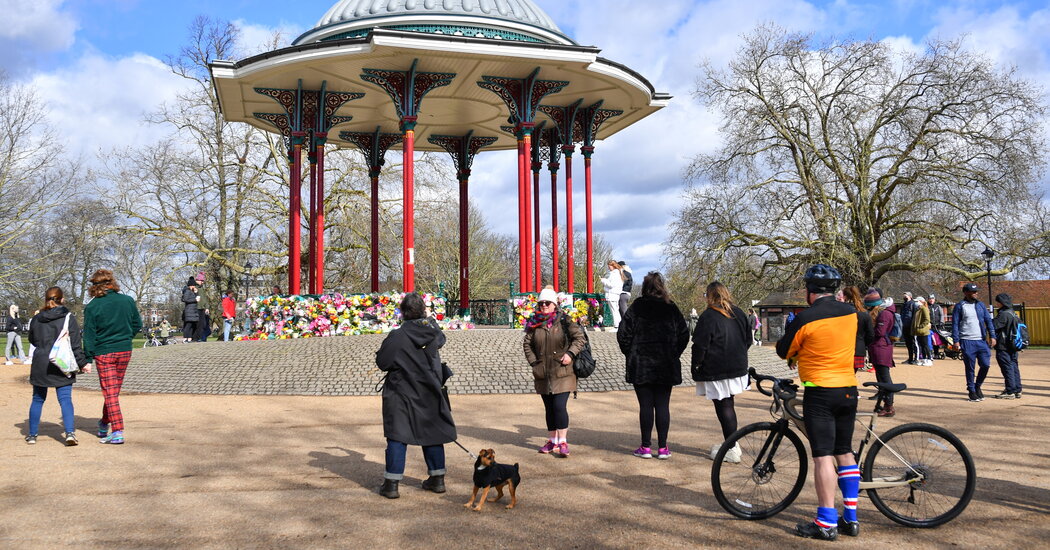 The organizers of a vigil for a 33-year-old woman who went missing in London last week, and whose body was identified on Friday, canceled the gathering on Saturday, citing pandemic restrictions.

Lawmakers, activists and women’s rights organizations had called for a gathering in Clapham Common, the South London park near where the woman, Sarah Everard, was last seen alive, to demand actions to address violence against women and to pay tribute to her.

But a court ruled on Friday that the gathering could be deemed unlawful because of Covid-19 restrictions, and the police urged prospective attendees to stay at home.

The death of Ms. Everard set off an outpouring of solidarity and anger in Britain this week, with thousands of women sharing their own stories of street harassment and assault. She was last seen on CCTV at around 9.30 p.m. on March 3 while walking home from a friend’s house.

While the authorities have tried to reassure the public by pointing out that abductions in London are rare, the city’s mayor, Sadiq Khan, has also acknowledged that its streets are not safe enough. Many have said that as lockdown restrictions have emptied the country’s streets, they felt unsafe walking in public.

More than 125,000 people have died of the coronavirus in Britain, but England is gradually coming out of a monthslong lockdown, starting this week with the reopening of schools, and gatherings of two people outside now allowed. The authorities scrambled to put strict restrictions in place this year after the discovery of a more contagious variant in the country.

The organizers of the vigil, named Reclaim These Streets, said they had suggested ideas like splitting the gathering into several time slots to find a balance between freedom of assembly and safety measures.

“We have been very disappointed that given the many opportunities to engage with organizers constructively, the Met Police have been unwilling to commit to anything,” they said in a statement on Saturday morning in reference to the city’s Metropolitan Police.

The organizers said they had been told that they faced a fine of 10,000 pounds ($14,000) if they went ahead with the vigil. They said that they would instead organize a virtual event and that they were setting up a fund-raiser to support women’s causes around Britain.

“We are clear that women’s voices will not be silenced, now or ever,” they said.

The poshest place in California's Coachella Valley is The Madison Club. This exclusive gated community in La Quinta is where A-listers and tycoons … END_OF_DOCUMENT_TOKEN_TO_BE_REPLACED

KOROPY, Ukraine — Four men tugged at long strips of fabric to lift a coffin out of the gaping hole in the backyard of a small house. They flung the … END_OF_DOCUMENT_TOKEN_TO_BE_REPLACED