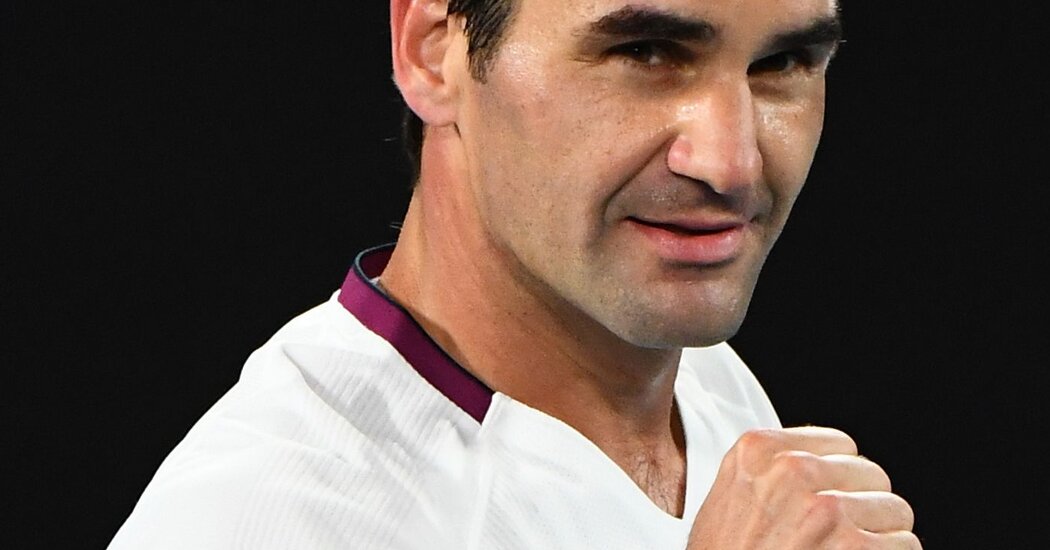 Pilgrims have been coming to Switzerland’s Einsiedeln Abbey since shortly after St. Meinrad, the Martyr of Hospitality, retreated to the secluded “Dark Forest” in a valley between Lake Zurich and Lake Lucerne to establish a hermitage around 835.

I visited the abbey in October 2019 at the start of an unusual pilgrimage: to travel in the footsteps of the Swiss tennis player Roger Federer. As Switzerland’s best-known pilgrimage site, it seemed like an auspicious place to start my journey. I had no idea that Mr. Federer had a connection to the place, but when I contacted the abbey to arrange my visit, the monks had a surprise for me. “Did you know our abbot is also named Federer?” asked Marc Dosch, the abbey’s lay representative. I had not. “Yes and he baptized Roger’s children.”

Einsiedeln, with its twin-spired, Baroque-style church and horses and mooing cows dotting the lush, green hills, before being welcomed by Abbot Federer, who greeted me like an old friend. “You know, before Roger became famous, I always used to have to spell my name,” he told me. “But now everyone knows the name Federer.”

Djokovic doesn’t win any more titles. I don’t want him to catch Roger.”

Jakob Schmid Kaspar Wetli, where Jakob ages his Stegeler brand wine in giant oak barrels. After a vegetarian lunch, the village president, Bruno Seelos, stopped by for a chat. Mr. Seelos explained that the village planned to name something after Roger Federer, but they were waiting until he retired. Jakob and Antonia weren’t convinced this was necessary. “It’s like a cult of personality,” she said.

Roger Federer biography and my own research, I identified nearly a dozen tennis clubs around the country that I wanted to visit — many are clubs where Mr. Federer currently trains, others are places where he developed his game as a junior.

I found my opportunity that afternoon at Tennisclub Seeblick, a posh club of well-groomed red clay courts with stunning views over Lake Zurich where Mr. Federer is known to practice. I cornered Alan, a club member who was enjoying a post-tennis coffee in the club’s cafe, and convinced him to hit with me for a few minutes. I was rusty, spraying balls around the court with little idea of where they might land.

The next day, I made my way by train and bus to the venerable Hotel Schweizerhof, a century-old lodge with a Turkish-style hammam nestled in the picturesque village of Lenzerheide, deep in the Swiss Alps in the canton of Graubünden. Roger and his family moved to the neighboring village of Valbella in 2012, and I wanted to understand why he had chosen to live in this out-of-the-way place, instead of one of Switzerland’s more famous winter resorts like Zermatt, Gstaad or St. Moritz.

Tennisclub Felsberg, a club where Roger has trained on several occasions. Mr. Poltera drove us south on a snaking country road past villages perched on green hillsides below jagged peaks that would soon be full of snow toward the village of Lain.

As we got out to look at a remote playground where Mr. Poltera told me Roger Federer likes to take his family, it was easy to understand why he would want to live in such a place. “You see,” Mr. Poltera said, sweeping his right hand toward a snow-capped peak, “here Roger can have peace, he can play with his kids like a normal person.”

Turning north, we ventured into Valbella, a charming little community with a handful of businesses and Alpine-style homes perched across a hillside with views of Lake Heidsee and nearby mountains. I never asked Mr. Poltera to show me Mr. Federer’s house, but he pre-empted any potential request, explaining, “Roger lives here for privacy, that’s why we’re not going to drive by his home.”

Tennisclub Felsberg, a half-hour drive down a zigzagging road from Valbella, is an out-of-the-way place with three courts situated along the Rhine. “We’re playing on Roger’s court,” Mr. Poltera said, pointing to a sign above Court 1 labeled “Roger Platz.” He led me to a small dressing room with a humble shower and sink. “You’ll get dressed and take your shower here, just like Roger does.”

I muffed several of my first shots but quickly found a groove and fell into a blissful tennis trance.

St. Jakobshalle Arena, where Mr. Federer served as a ball boy as a kid.

In between matches, I explored Basel’s charming old town and visited a host of Federer sites, including Villa Wenkenhof, the stately, 17th-century English manor house where Mr. Federer and his wife, Mirka, were married in 2009; the Old Boys Tennis Club, where the tennis star honed his game as a child; and the “Swiss Tennis House” national training center in Biel, where I met Yves Allegro, who was Mr. Federer’s roommate when they trained at the facility in 1997.

Hotel Les Trois Rois overlooking the Rhine, where cheeseburgers at the bar go for $48, and as I walked across the chandelier-heavy lobby, I nearly bumped into one of Mr. Federer’s twin daughters, who were joyfully bounding down a grand staircase with the tennis player’s father, Robert, trailing.

On the morning of the final, I took the tram to Münchenstein, the Basel suburb where Roger spent most of his childhood. Daniel Altermatt, a Münchenstein city councilperson, greeted me on the platform wearing a beret and dark sunglasses. He took me on an extensive tour of the town, starting with the small housing development called Wasserhaus, where Mr. Federer grew up.

His block felt narrow, too cramped for a person of his stature. Around the corner, on a small street with a canopy of trees, Mr. Altermatt explained how someone had tried to unofficially rename the street Roger Federer Allée. “We have a local regulation prohibiting us from naming anything after anyone who is still alive,” he said. “So if we want to name something after Roger, we’d have to kill him first.”

Mr. Altermatt drove me to the arena, where I bumped into Marc Dosch, who was there for the final with Abbot Federer. “I lost the abbot,” he said, and I wondered if perhaps he was giving Mr. Federer a prematch blessing.

Alex de Minaur, a surprise finalist, to capture his record 10th Swiss Indoors title in what seemed like an anticlimactic final until Mr. Federer broke down in tears during his victory speech. He appeared in the pressroom carrying his trophy after the match, and this time he was still in his tennis gear. He had literally won the tournament without breaking a sweat.

I showed Mr. Federer a photo of him hoisting a trophy at age 10, that was given to me by Madeline Bärlocher, one of his first coaches at the Old Boys club, and asked him if the feeling of lifting trophies had changed over the years. “It’s similar,” he said, smiling. “It’s been an incredible journey, it definitely hit me hard being here in Basel. I don’t take these tournament victories as a normal thing, I take it as something quite unique and special even though it’s been a lot by now.”

And what, I asked, had triggered his tears on court. “When I stand there and look back at everything I had to go through, it really touches me,” he said. Mr. Federer said that he tends to break down depending “on the applause of the people, how warm it is, how much they feel that I’m struggling or not and how much love I get.”

As I waited for the tram, it started to rain and I remembered that I had my Roger Federer hat buried in my bag. I hadn’t worn it in more than a week, but now it was time to put my hat back on and return home — a tennis player once again.

You were seeing double this week: A spectacular $54 million compound featuring two equally luxurious mansions separated by a private lake in Southwest … END_OF_DOCUMENT_TOKEN_TO_BE_REPLACED