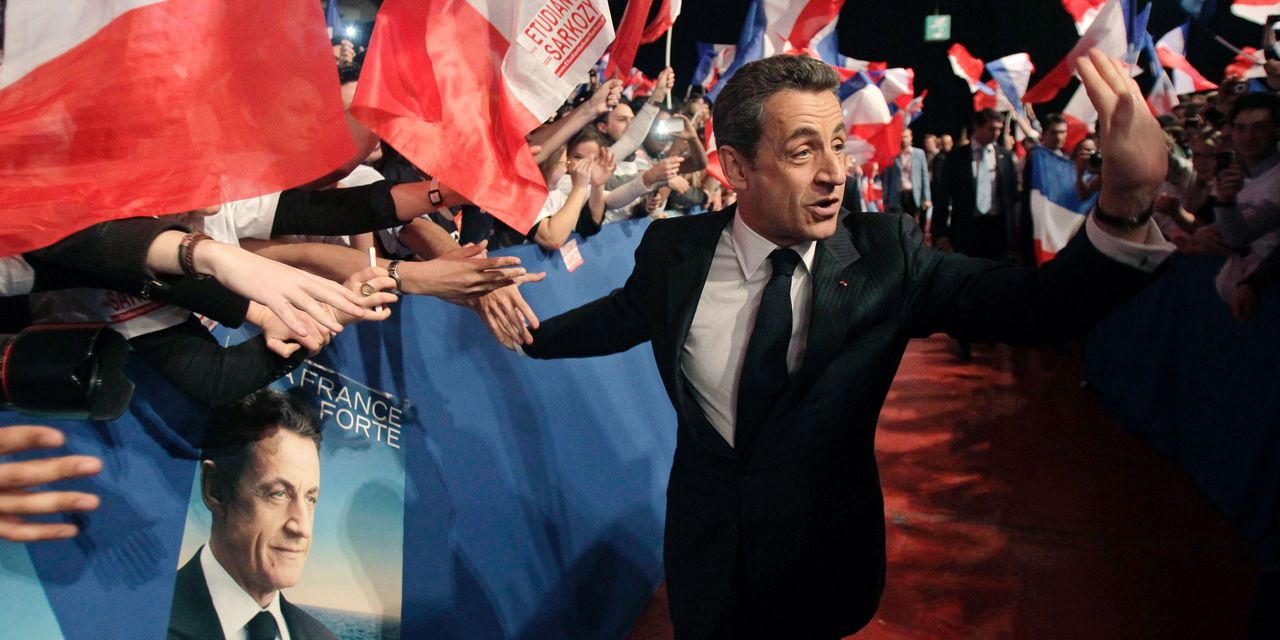 Mr. Sarkozy is charged in the trial with breaching France’s legal limit of 22.5 million euros, equivalent to $27 million, on campaign spending, a crime that is punishable with a prison sentence of up to one year and a fine of €3,750. Prosecutors allege Mr. Sarkozy’s campaign spent more than €40 million, using phony receipts in an attempt to mask the spending.

Mr. Sarkozy has said he wasn’t aware the cost of his campaign exceeded the legal spending limit. A lawyer for Mr. Sarkozy didn’t respond to requests for comment.

Mr. Sarkozy is facing a legal gauntlet as several yearslong investigations come to a head.

Earlier this month, Mr. Sarkozy was convicted in a separate case on charges of influence-peddling and corruption. Mr. Sarkozy was sentenced to one year under house arrest and a two-year suspended prison sentence for offering in 2014 to help a magistrate land a plum position in the principality of Monaco in exchange for confidential information about an inquiry into the finances of his 2007 presidential campaign. Mr. Sarkozy has appealed the ruling.

Prosecutors have also brought preliminary charges of campaign-finance violations and corruption against Mr. Sarkozy for allegedly accepting millions of euros in cash from the regime of late Libyan dictator Moammar Gadhafi to finance his 2007 campaign. Mr. Sarkozy denies taking money from Gadhafi.

In the trial that began Wednesday, prosecutors have charged 13 people in addition to the former president. They include Mr. Sarkozy’s deputy campaign chief, Jérôme Lavrilleux, who is charged with using forged documents, aiding and abetting illegal campaign financing, and aiding and abetting fraud. Mr. Lavrilleux couldn’t be reached for comment. His lawyer is currently hospitalized with Covid-19.

The cost of the campaign quickly grew out of control, Mr. Lavrilleux said. He initially planned to organize two or three large rallies and another dozen smaller ones. Instead, he was asked to organize more than 40 large rallies, he added.

“I did not have the courage to say, ‘Stop! We are running straight into a wall,’” Mr. Lavrilleux said during the interview.

He said he shared his concerns with several people that he didn’t identify. He didn’t share those concerns with Mr. Sarkozy, he added.

Patrick Maisonneuve, a lawyer for Bygmalion, said the company had no choice but to issue fake bills to get paid for helping organize campaign meetings. The bill said the services were provided to the Union pour un Mouvement Populaire to organize party meetings unrelated to Mr. Sarkozy’s campaign, he added. Some of these party meetings were real, others weren’t, he said.

“They were fake bills because they were addressed to the wrong person, but the services provided were real,” Mr. Maisonneuve said.

Arseny Bulakov, the chairman of the St. Petersburg Tolkien Society, called the production “a very revealing artifact” of its era: “filmed in destitute … END_OF_DOCUMENT_TOKEN_TO_BE_REPLACED