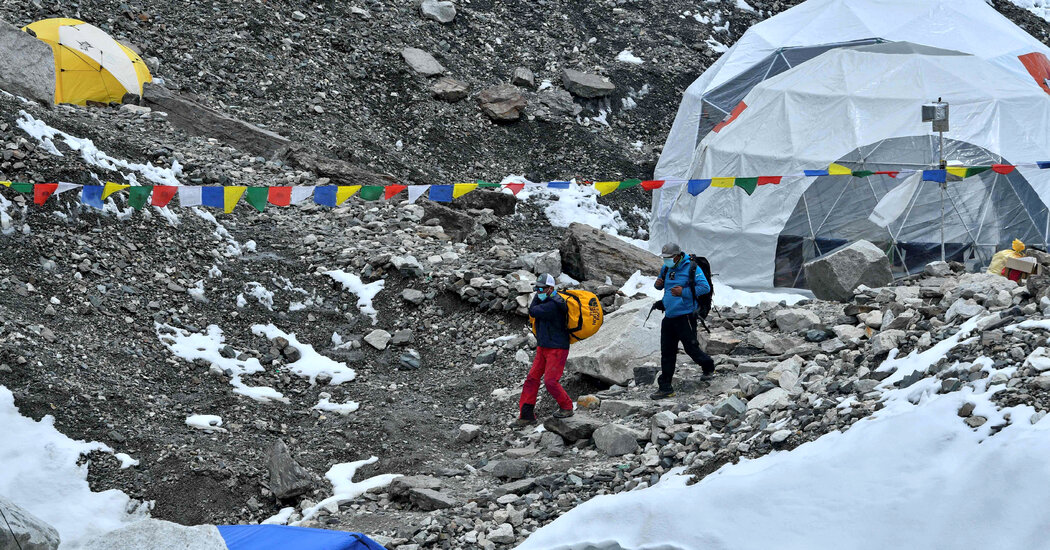 KATHMANDU, Nepal — A prominent mountaineering company abandoned its expedition to Mount Everest, dismantling its tents at base camp on Saturday after members of its team tested positive for the coronavirus.

An American climber and three Sherpa guides from a 51-person expedition were evacuated from base camp and hospitalized in Kathmandu, according to Ang Tendi Sherpa, managing director of the local agency that obtained the permit for the expedition.

“Rest of the climbers felt insecure,” Mr. Sherpa said. “That’s why the expedition was canceled.”

A second wave of the coronavirus is ravaging Nepal, overwhelming its feeble health care system. On Saturday, the authorities reported 8,167 new cases and 187 deaths.

On the peaks, the spread of the virus is unclear, but signs of trouble are growing.

Starting this month, hundreds of foreign climbers, Sherpas and other support staff have lived at Everest’s high-altitude base camp, preparing for an ascent to the world’s tallest peak. More and more of them are presenting with Covid symptoms, and testing positive with rapid antigen tests undertaken by three doctors Nepal’s government posted to base camp, according to Lukas Furtenbach, the managing director of Furtenbach Adventures, which organized the canceled expedition.

virus safeguards imposed before the climbing season have worked.

died in the thin air close to Everest’s peak. Officials immediately ruled out Covid. Because of the remote location of the bodies, no autopsies were planned.

It’s a property that offers a unique open floor plan—plus a hot tub with a view.“It was a Methodist church located in a historic little area of St. … END_OF_DOCUMENT_TOKEN_TO_BE_REPLACED