Ever since HBO Max released the first promotional image from “Sex and the City” spinoff “And Just Like That…” in early July, fans and fashion obsessives have been dissecting the returning characters’ looks, sans Kim Cattrall’s Samantha.

Is Carrie her stylish old self? What’s the consensus on Miranda’s silver-gray hair? And doesn’t Charlotte just seem very Charlotte in her blouse, pencil skirt and micro Lady Dior handbag?

The hype around the photo — and every snapshot teased since — is testament to the original show’s cultural clout. Running on HBO from 1998 to 2004, SATC radically changed the conversation around female sexuality, friendship and modern-day womanhood (although, two decades later, some critics have suggested that not everything has aged well). Just as importantly, the show redefined the role fashion could play in a TV series — and influenced how we dress along the way.

“The show was the first to name-drop designers and brands on a regular basis,” said Cameron Silver, a fashion stylist and vintage expert in a phone interview. “It taught a generation about designer fashion, and had a tremendous impact on our knowledge of style. Many viewers learned how to say the name Manolo Blahnik by watching the series.”
Over the years, Carrie’s tiered tulle skirt, Miranda’s bucket-hat-and-hoodie combo, Samantha’s crop tops and Charlotte’s preppy dresses have seeped into our collective consciousness. The four best friends’ sartorial choices were often eclectic, expensive and envelope-pushing, and they inspired some of the most notable fashion statements of the past two decades, like the naked dress, exposed bra straps and sweatpants with heels.

But without SATC’s longtime costume designer Patricia Field at the helm, can her successors, Molly Rogers and Danny Santiago, emulate the fantasy closet that defined the original series?

Here are five takeaways from what we’ve seen so far.

Each character had an instantly recognizable sense of style unique to them. Credit: Pictorial Press Ltd/Alamy Stock Photo

A missed opportunity for nonconformist dressing?

But there are misses, too. As put-together as every outfit appears to be (in what is, admittedly, a relatively small sample of costumes), none really break new ground — something the original show did consistently. Kim Cattrall’s absence also leaves us speculating what Samantha’s take on sexy 60-something dressing (she was older than the other characters) might have added to the show.

“It’s all very prim and polished,” said Rebecca Weinberg, who worked with Field as a costume designer on the original show, in a phone interview. “There aren’t many surprises.”

The styling may also offer more of a costume-like take on high fashion than today’s audiences have the appetite for (think of how Field’s full-on styling for “Emily in Paris” failed to wow). In 2021, one can’t help but wonder whether a 50-something-year-old Carrie would still sport Manolos and chunky Mary Janes pumps at a time when, it could be argued, stilettos aren’t particularly on trend.

Sarah Jessica Parker on the set of “And Just Like That…” this August wearing a Carolina Herrera skirt. Credit: James Devaney/Getty Images/GC Images

“What made the impact of ‘Sex and the City’ fashion so compelling and enduring was how the show blended high-end stuff with thrift and budget finds,” Weinberg said. “It created this perfect mix of high (and) low that’s become so ubiquitous when it comes to street style and fashion in general. It reflected the way we dress in real life, just in a more elevated way.”

But, for now, the reboot’s styling doesn’t quite reflect that high-low combo, Weinberg said.

“There are plenty of big names, but I don’t see a lot of smaller, sustainable or indie labels alongside them yet — which you’d imagine Carrie would have embraced,” she added. “I think that’s a missed opportunity.”

Eagled-eyed fans have already spotted shout-outs to some of the original’s most recognizable pieces.

In one new photo, Sarah Jessica Parker is seen carrying a purple sequin Fendi Baguette bag, a cult favorite among the canon of iconic Carrie Bradshaw outfits. In another, she sports the same blue satin Manolo Blahniks she wore to her courthouse wedding with Mr. Big (Chris Noth). Then there’s the oversized Chanel rose pin that first appeared in Season 3, following her second break-up with Big, and a pink bird-like headpiece that clearly nods to the feather fascinator she wore to (not) marry him in the 2008 SATC movie.
And, like in the original show, vintage still reigns. In one snapshot, Charlotte dons a ruffle organza top from Givenchy’s Autumn/Winter 1996 collection and a classic black Chanel cross-body. Elsewhere, Miranda is seen holding a vintage Bottega Veneta white woven clutch.

“It certainly makes sense that the characters are wearing vintage, because it was something they did the first time around,” Silver said. “As their style has evolved and they’ve aged, it’s only natural that they would have more pre-loved pieces in their closets today.

“Also, vintage has become even more predominant in stylish women’s wardrobes, at any age, particularly post-pandemic,” he continued. “As these are women on the cutting edge of fashion, the fact they’re embracing retro style was to be expected.”

Parker and Cynthia Nixon on the set of “And Just Like That…” in July, with Parker wearing the vintage Fendi baguette bag. Credit: James Devaney/GC Images/Getty Images

Vintage clothes may also hint at environmental concerns, according to Victoria Bazalinchuk, the 23-year-old Ukrainian teacher and aspiring stylist behind @justlikethatcloset, an Instagram account that identifies all of the reboot’s garments.

“I see it more like an homage to a sustainable trend that has been circulating for quite a few years now,” she wrote in an email. “And I love this intention.”

Whether that means we’ll also see eco-friendly designers — like Stella McCartney or Gabriela Hearst, for instance — remains to be seen. But despite the dominance of fast fashion since SATC concluded, we are unlikely to see any of it here (though fans momentarily lost their minds when @justlikethatcloset erroneously credited one of Carrie’s dresses to Forever 21 before another SATC fashion account, @everyoutfitonsatc, later clarified it was a thrift find).

We don’t know if Carrie is now big on social media, or whether Miranda regularly checks her Twitter (though we like to think Samantha would have been pretty big on Instagram). But one thing is certain: Their outfits already have a huge following online. Bazalinchuk’s Instagram account has amassed nearly 80,000 followers in just one month, with the listed items often selling out within hours.

Kristin Davis seen on the set of “And Just Like That…” in July, wearing the vintage Givenchy ruffle top from 1996. Credit: James Devaney/GC Images/Getty Images

“When I saw that SATC was making a reboot, I knew immediately that we all needed this account,” Bazalinchuk said. “I know the rush around SATC fashion, and how we all had to wait to know what the ladies wore (in the original series). So this time I didn’t want that to happen, because by the time the show airs, most of the clothes will be sold out.”

As soon as an ensemble drops online, Bazalinchuk starts sourcing it for her followers. Some brands have even begun contacting her, while fellow fans have also helped identify tricky items. But does such extensive documentation damage the show’s fashion appeal? Silver thinks so. “There’s a chance that by the time the show airs, we’ll have tired of the looks already,” she said.

Weinberg agrees. “The idea of having the entire wardrobe available on Instagram before the series is even out is definitely a sign of how times have changed. It’s cool, but it also doesn’t leave much space for that sense of anticipation we used to have — the surprise of what an outfit might represent in a certain context, or for a certain storyline.”

Have ‘it’ bags been replaced by… totes?

Carrie may not have taken to Veja and Converse sneakers, but she seems to have swapped designer bags for totes.

Parker has been spotted on set carrying two different varieties of tote bag — both bearing the logo of public radio station WNYC — which she’s worn with multiple outfits. It is not clear whether she was in character or not, although according to Page Six, Carrie is rumored to have a new career as podcaster, which would explain her new accessory. But the trade-off definitely has fans wondering if Birkins and Gucci belt bags will make appearances (though the vintage Fendi Baguette suggests Carrie might just be mixing it up).

Is the fashion-obsessed former columnist keeping it real? Is she coming to terms with being under-accessorized? Is this an environmental decision? Or, in a more calculated move, is she just signaling her identity as a public radio supporter and member of New York’s intelligentsia?

Parker sports a WNYC tote on the set of “And Just Like That…” earlier this month. Credit: Raymond Hall/GC Images/GC Images

The men seem to be wearing the same suit

From Big to Steve Brady (​​David Eigenberg), SATC sometimes struggled with male character development. The men generally served as narrative devices for the women’s stories — perhaps intentionally so — and their style was often two-dimensional, too.

The reboot may be no exception, which could be why every single guy on the show appears to be wearing a Paul Smith suit, according to Bazalinchuk’s @justlikethatcloset account.

Chris Noth wore a sharp blue suit on set of ‘And Just Like That’ this August. Credit: Jason Howard/Bauer-Griffin/Getty Images/GC Images

Steve is in a gray one next to Miranda. Carrie’s gay best friend Stanford Blatch (Willie Garson) wears a royal blue number. Anthony Marentino (Mario Cantone) sports a black version of pretty much the same look. And while Harry Goldenblatt (Evan Handler) is seen in a Hugo Boss two-piece, the silhouette is almost the same.

“It’s as if the men are an afterthought, again, which is definitely surprising,” said Silver. “One of the things that has really changed since this show began is that men’s fashion is much more prominent and much more creative. I would have expected something a bit different. Or at least a wider choice of resources in terms of brands.”

Another missed opportunity then — or, maybe, another stylistic decision to keep the attention on the show’s real sartorial icons.

Production Act8. Under this Act, you could mandate the sharing of production knowledge from U.S. based COVID-19 vaccine manufacturers including Pfizer … END_OF_DOCUMENT_TOKEN_TO_BE_REPLACED 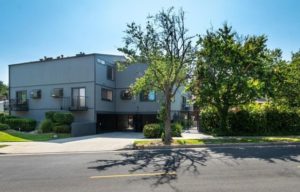 On the rebound after a breakup with her fiancé, former "Bachelorette" Becca Kufrin is back on reality TV in search of forever love—and behind the … END_OF_DOCUMENT_TOKEN_TO_BE_REPLACED 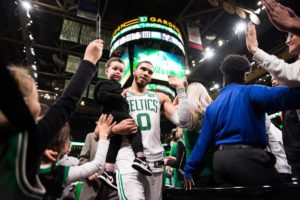