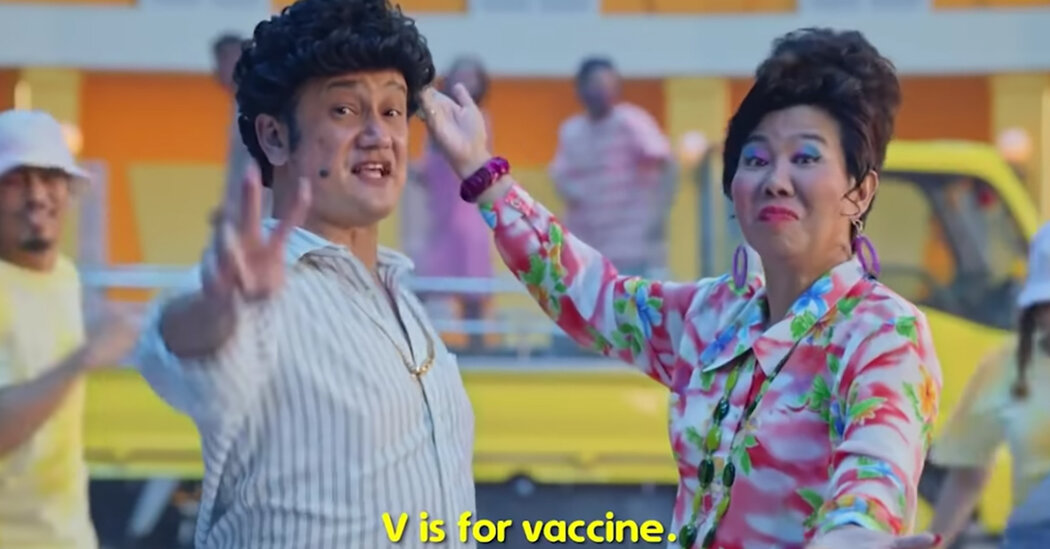 Singapore said on Tuesday that it had recorded 64 cases of community transmission over the past week, up from 11 cases the previous week. Seven of the recent cases were caused by the B.1.617 variant that has wreaked havoc in India, according to the authorities.

In an effort to tamp down the latest outbreak and prevent variants from spreading, the Singaporean government said on Tuesday that travelers arriving from most countries must quarantine for 21 days at “dedicated facilities,” up from 14 days, starting on Saturday.

Mass sporting events are also set to be suspended and social gatherings will be capped at five people until May 30, among other restrictions.

But Singapore’s vaccination campaign has been threatened by falsehoods spreading on social media — for example, a rumor that Covid-19 vaccines cause strokes and heart attacks.

The Health Ministry has debunked rumors and ordered corrections to social media posts that endorse false or unsubstantiated claims about vaccine side effects. (That is allowed under a contentious law that the government says is designed to fight fake news.)

The government has also commissioned a whimsical music video by a Singaporean pop-culture heavyweight, comedian and actor, Gurmit Singh, that addresses common vaccine concerns and misconceptions.

“Singapore, don’t wait and see,” he sings in the chorus, dancing to a disco beat. “Better get your shot, steady pom pi pi.”

“Steady pom pi pi” is a phrase from Singlish, a rough-and-ready patois that is spoken widely in the country and incorporates English, Chinese and Malay. It refers to someone who keeps their cool in a tense situation and was a catchphrase used by Mr. Singh’s best-known character, Phua Chu Kang, a building contractor in a long-running 1990s sitcom on Singaporean television.

As of Wednesday afternoon, the government’s tweet containing the video had been viewed more than 750,000 times.

Since a two-month lockdown ended last June, life in Singapore has gradually returned nearly to normal, although residents are still required to wear masks in public and have to work from home if they can. Dale Fisher, a professor of medicine at the National University of Singapore, said some people in the city-state had become more lax about mask-wearing and social distancing and that the new measures served as a reminder that the pandemic was far from over.

However, Dr. Fisher said, Singapore’s extensive contact tracing and tight quarantine requirements made a harsher lockdown unnecessary. “With all these tweaks, I’m hoping we can demonstrate that widespread lockdowns aren’t needed if you’ve got good public health infrastructure in place,” he added.

The Seattle Seahawks are very much still in the running for Baker Mayfield. (Photo by Stacy ... [+] Revere/Getty Images) Getty Images The Seattle … END_OF_DOCUMENT_TOKEN_TO_BE_REPLACED

(CNN) — Kim Kyung-seop recalls going to cheap bars after class with his friends, where they binged on as much makgeolli as possible. "You know the … END_OF_DOCUMENT_TOKEN_TO_BE_REPLACED