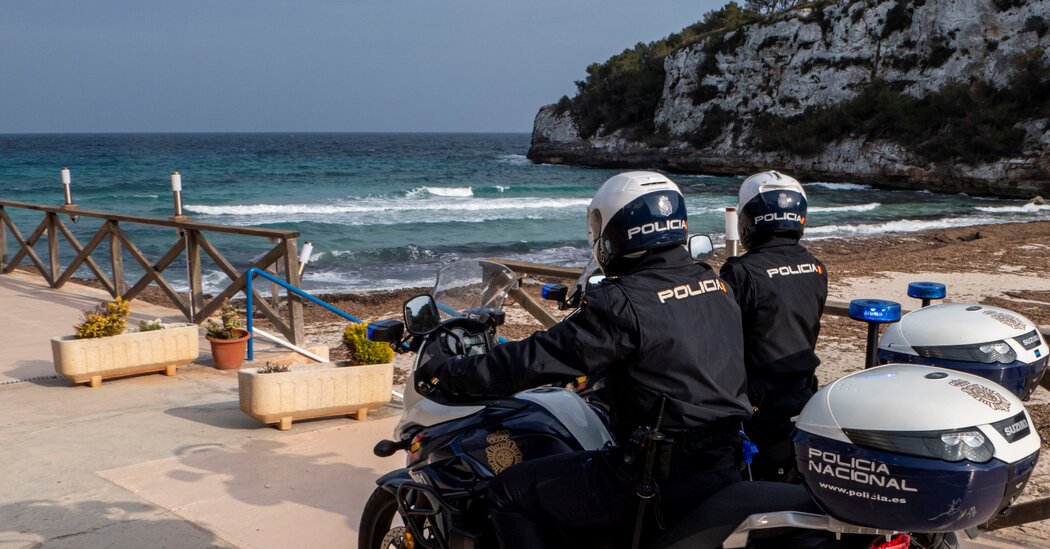 The National Police in Spain said on Saturday that they had arrested a man who went to his workplace and a gym while showing Covid-19 symptoms, spreading the virus to 22 people.

The 40-year-old man was arrested on charges of a “crime of injury” in Manacor, a city on the island of Majorca, after an investigation that started in late January after an outbreak in the city.

Though the man showed symptoms at his workplace — “a well-known establishment in Manacor” — he did not want to go home, which concerned his co-workers, the police said in a statement. After his workday ended, the man got a coronavirus test.

He was notified of his positive test result at the end of the next day, the police said, after he had gone to a gym and again to work, where he had a fever of 104 degrees Fahrenheit and coughed while lowering his mask, saying, “I am going to infect you all with the coronavirus.”

The man infected eight people directly: five at his workplace and three at his gym, the police said. Those people infected another 14 people, including three children, among them a 1-year-old, the police said. None of the people involved in the outbreak has been hospitalized.

[An earlier version of this briefing misstated the day the police spoke. It was Saturday, not Monday.]

Three men were indicted in the death of the notorious gangster James (Whitey) Bulger, who was beaten to death four years ago in a West Virginia … END_OF_DOCUMENT_TOKEN_TO_BE_REPLACED

Dr. Connolly and Dr. Mott live in the North Baltimore neighborhood of Homeland, known for its strong public schools and colonial architecture, which … END_OF_DOCUMENT_TOKEN_TO_BE_REPLACED