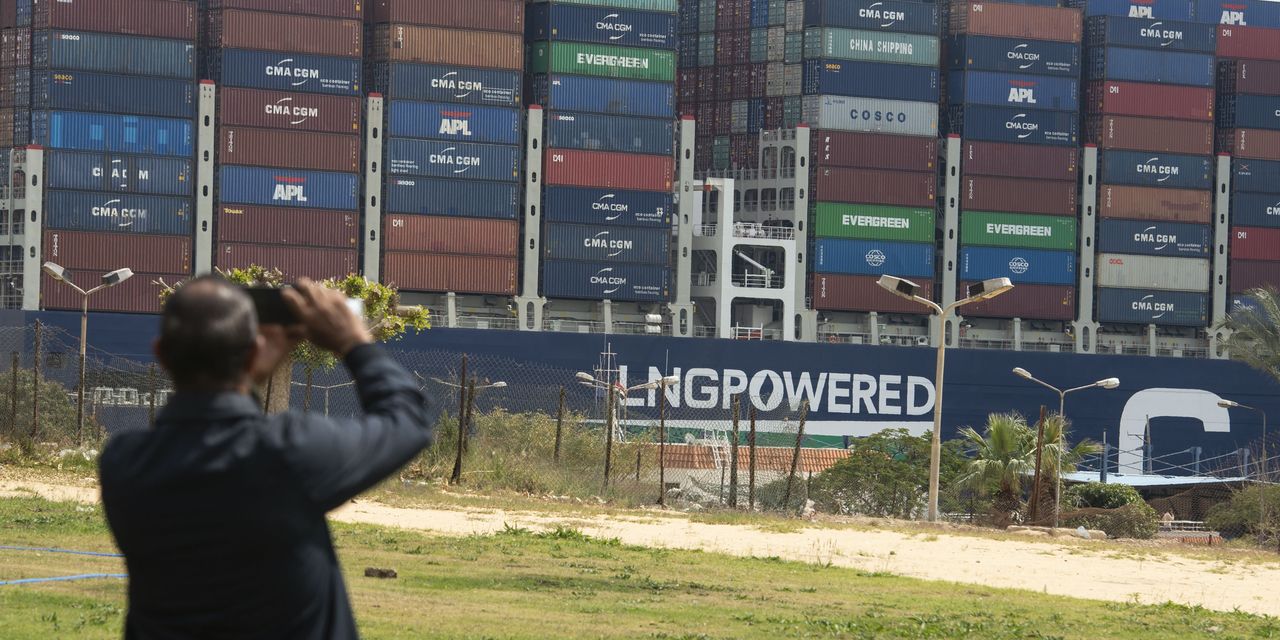 The bridge of the oil tanker Navig8 Aronaldo erupted in cheers after Capt. Malik Naushad told his crew to prepare to weigh anchor midnight Tuesday and start their voyage out of the Suez Canal, where they had been stuck for six days by the grounding of the Ever Given.

Back at the German offices of Jan Held, whose family firm has three different ships stuck at Suez, the mood wasn’t as jubilant. Watching a live feed of the Ever Given move off the bank, Mr. Held knew that uncorking the biggest traffic jam in global shipping in recent years could take a long time to resolve, and set off a scramble for berths and clear routes.

“You see a lot of bizarre things in shipping,” said Mr. Held, a former ship’s captain himself and co-owner of Held Bereederungs GmbH & Co KG, based in the north German city of Haren. “But with this, you knew it would have repercussions around the world.”

Late Tuesday, ships were again moving through the Suez Canal, a day after engineers freed the Ever Given, a 1,300-foot container ship, and cleared the waterway for global traffic. Osama Rabie, chairman of the Suez Canal Authority, which runs the 120-mile shipping route, said at a press conference that 113 ships had crossed in both directions since the route reopened late Monday, and another 95 are expected to pass through in the evening, up from the typical 50 or so daily passages.

Egyptian officials say the logjam will be cleared in three to four days. Shipping executives say it will take days longer. Leth Agencies, a ship’s services provider in the Suez, said 352 vessels are still awaiting transit.

DALLAS — The rollback of abortion rights has been received by many American women with a sense of shock and fear, and warnings about an ominous … END_OF_DOCUMENT_TOKEN_TO_BE_REPLACED

The poshest place in California's Coachella Valley is The Madison Club. This exclusive gated community in La Quinta is where A-listers and tycoons … END_OF_DOCUMENT_TOKEN_TO_BE_REPLACED