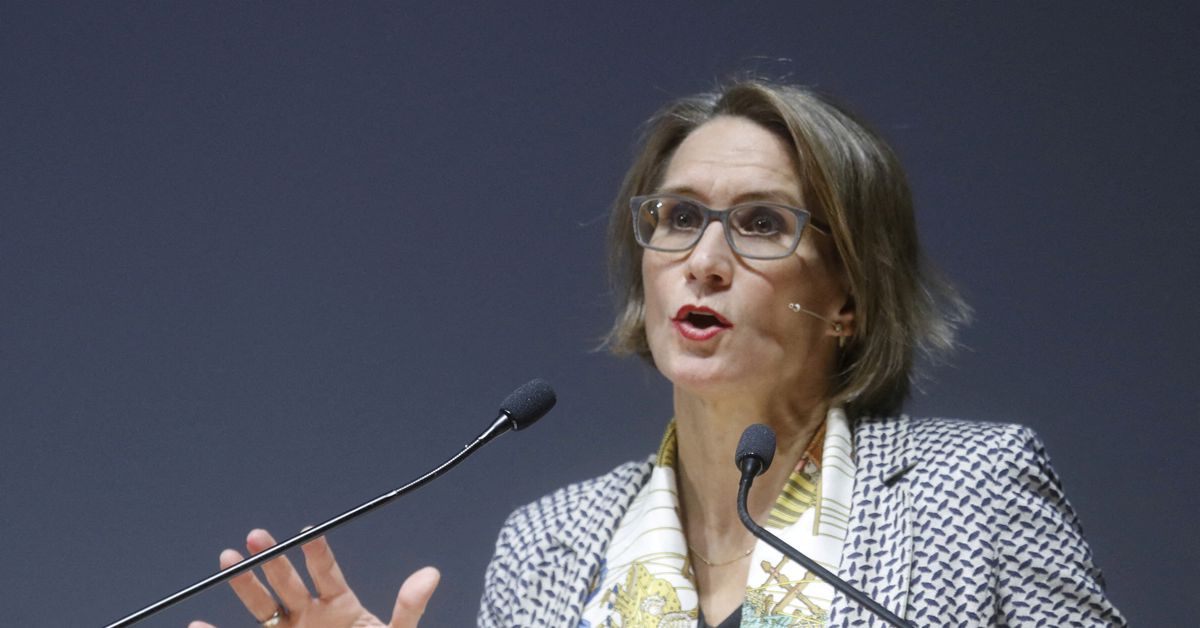 Switzerland’s second-biggest bank saw its shares slide by as much as 11.5% and its bonds hit record lows on Monday, before clawing back some of the losses, amid concerns about its ability to restructure its business without asking investors for more money. read more

“We are monitoring the situation,” Maechler said on the sidelines of an event in Zurich. “They are working on a strategy due to come out at the end of October.”

The SNB has declined to comment in the past about Credit Suisse, which has said it has a strong capital base and liquidity. It is due to announce details of a restructuring plan along with third-quarter results on Oct. 27.

In July, Credit Suisse announced its second strategy review in a year and replaced its chief executive, bringing in restructuring expert Ulrich Koerner to prune its investment banking arm and cut more than $1 billion in costs. read more

The bank is considering measures to scale back its investment bank into a “capital-light, advisory-led” business, and is evaluating strategic options for the securitised products business, Credit Suisse has said.

AUSTIN, Texas--(BUSINESS WIRE)--As the first multifamily management company to be recognized in the Public Relations and Marketing Excellence Awards, … END_OF_DOCUMENT_TOKEN_TO_BE_REPLACED

There have been whispers of cooling housing and rental prices in the San Francisco Bay Area, but that hasn't yet translated into practical, noticeable … END_OF_DOCUMENT_TOKEN_TO_BE_REPLACED

Cars pass in Independence Square at twilight in Kyiv, Ukraine, Monday, Oct. 31, 2022. Rolling ... [+] blackouts are increasing across Ukraine as the … END_OF_DOCUMENT_TOKEN_TO_BE_REPLACED