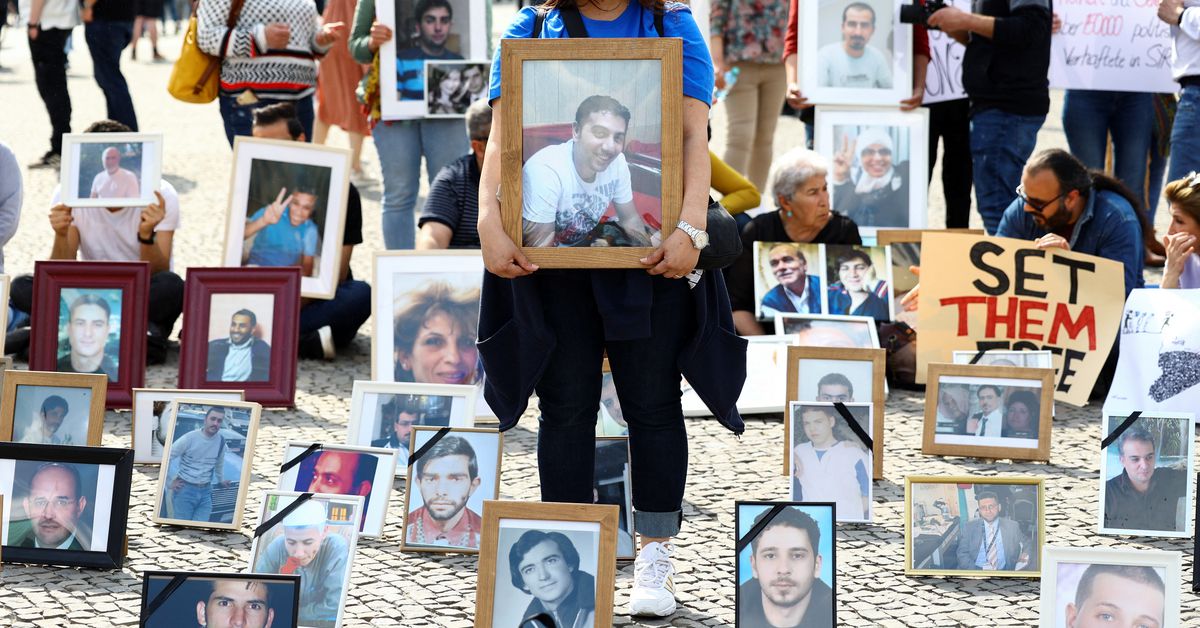 BERLIN/DAMASCUS, May 7 (Reuters) – For ten years, Rojin Derki hoped her brother Mohammad was still alive and would one day be released from a Syrian government prison after his arrest in 2012.

Yet when a presidential decree last week gave a general amnesty for prisoners, she had mixed feelings.

“It’s an ugly feeling because you don’t know if he is alive, if he will be released, or if he will remember us,” Derki said, holding a photo of her brother at a sit-in on Saturday in Berlin by dozens of Syrians for political detainees.

“When my mother learned about the decree she said ‘even if he doesn’t recognise me, at least I will do’,” said Derki, whose brother supported an uprising against President Bashar al-Assad.

The April 30 amnesty appears to be the first for those detained under a sweeping 2012 counter-terrorism decree, which rights groups say allowed authorities to round up opposition activists and aid workers.

It has given hope for thousands of Syrian families to see loved ones free again after years of detention. But rights groups say the decree will only give freedom to a small fraction of the political prisoners the government detains.

The Syrian Network for Human Rights (SNHR), which has been documenting the war from outside Syria, said around 200 people have been released so far since the decree, with the total unlikely to exceed 1,800.

“The government has 132,000 Syrian citizens (detained for political reasons), according to SNHR data, of which there are 87,000 forcibly disappeared, meaning they are not included in amnesty decrees,” SNHR head Fadel Abdul Ghany said.

Derki, with other Syrians, laid down framed photos of their detained family members in front of Berlin’s Brandenburg Gate.

They were unhappy at the decree’s lack of clarity.

“Like me, all families here are angry. We don’t know what this amnesty means,” said Yasmin Shabaji, who has not heard news of her detained brother and father in almost a decade.

Ammar Bilal, a member of the legislation department at Syria’s ministry of justice, said it was not possible to determine the number of people the amnesty would cover, adding that the pardon was more comprehensive than previous ones because it included people tried in absentia.

Syria’s Justice Ministry said all detainees covered by the amnesty would be released successively in coming days, without providing further details.

For Derki, the decree was another way for the Syrian leader to show his power. “He did this to say to Syrians: ‘I am still here and your sons are still held by me.'”

Daniel Acker | Bloomberg | Getty ImagesHome prices are softening in most markets across the nation.Yet home prices are still higher compared with a … END_OF_DOCUMENT_TOKEN_TO_BE_REPLACED

Joel Silver has been responsible for some of Hollywood's biggest franchises, including "The Matrix," "Die Hard," "Predator," and "Lethal Weapon."So … END_OF_DOCUMENT_TOKEN_TO_BE_REPLACED