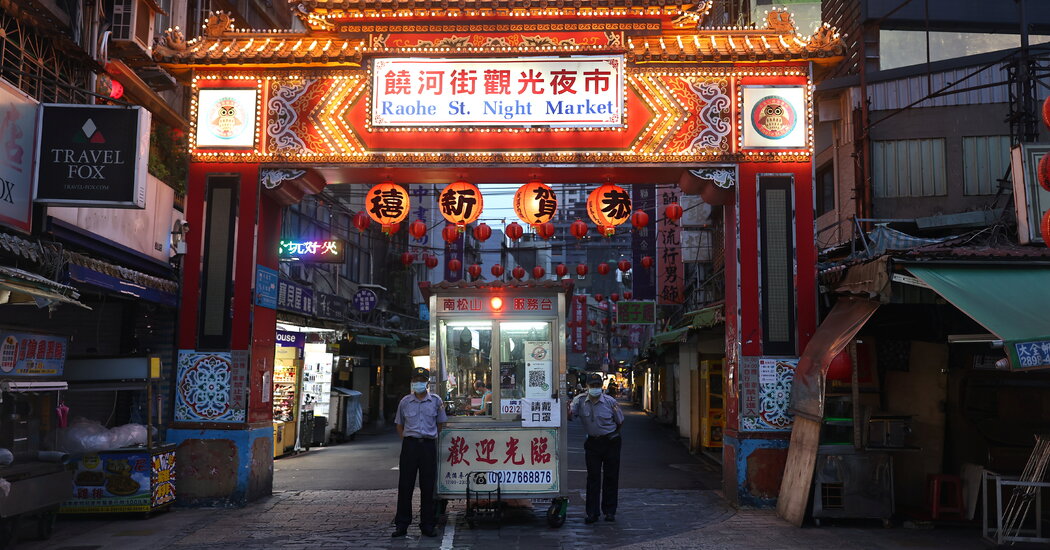 Taiwan’s government on Monday criticized the World Health Organization for capitulating to China after it failed to secure an invite to an annual health meeting convened by the international agency.

For months, Taiwan and a coalition of supporters, including the United States, had been intensely lobbying for the self-governed island to be granted observer status at the meeting of the World Health Assembly, or W.H.A., which began today and will be held virtually through June 1.

China, which claims Taiwan as its own territory, has blocked the island from participating in the assembly since 2016. But Taiwan’s calls for inclusion have gained international attention in light of its successful handling of the coronavirus pandemic for nearly a year and a half.

This month, the countries of the Group of 7 — Britain, Canada, France, Germany, Italy, Japan and the United States — for the first time voiced their joint support for Taiwan’s bid for observer status in the W.H.A., the top decision-making body of the W.H.O. Chinese officials condemned the G-7 announcement as “gross interference” in its internal affairs.

a statement released on Monday, Taiwan’s foreign minister, Joseph Wu, rebuked the W.H.O. for its “continued indifference” to the health of the island’s 23.5 million people and urged the organization to “maintain a professional and neutral stance” and “reject China’s political interference.”

Chen Shih-chung, Taiwan’s health and welfare minister, added that the island’s exclusion from the meeting was “not only a loss for Taiwan but also the rest of the world,” according to the statement.

“The world needs to share all available information and expertise in a collective fight against disease,” Mr. Chen said.

Taiwan’s exclusion from the meeting comes as the island’s authorities are racing to tame a surge in coronavirus infections that has prompted what is essentially its first lockdown since the start of the pandemic. After months of reporting very few locally transmitted cases of the virus, officials have confirmed more than 3,000 new cases in the past three weeks.

On Monday, the health authorities added 590 cases of local transmission to the total, including 256 infections that were confirmed because of delayed reporting. Officials also confirmed six new deaths from the virus, bringing the overall death toll to 29.

Taiwan’s health authorities on Monday also accused mainland Chinese actors of taking advantage of the outbreak to spread disinformation. Speaking at a news briefing, Chen Tsung-yen of the Central Epidemic Command Center in Taiwan said that reports of the government’s faking coronavirus data and of dead Covid-19 patients dumped in rivers had been spread by accounts linked to overseas internet addresses.

Mr. Chen added that other signs that mainland Chinese actors were involved in the spread of disinformation included the use of phrases commonly associated with the mainland and the inclusion of the simplified characters used in China, as opposed to the traditional script that is used in Taiwan.

SAN FRANCISCO — Cleve Jones has lived in the Castro neighborhood for nearly 50 years, almost from the day he graduated from high school in Phoenix and … END_OF_DOCUMENT_TOKEN_TO_BE_REPLACED

A home inspection can spare you from unpleasant surprises after you buy. After crunching the numbers, searching your favorite neighborhoods, and … END_OF_DOCUMENT_TOKEN_TO_BE_REPLACED