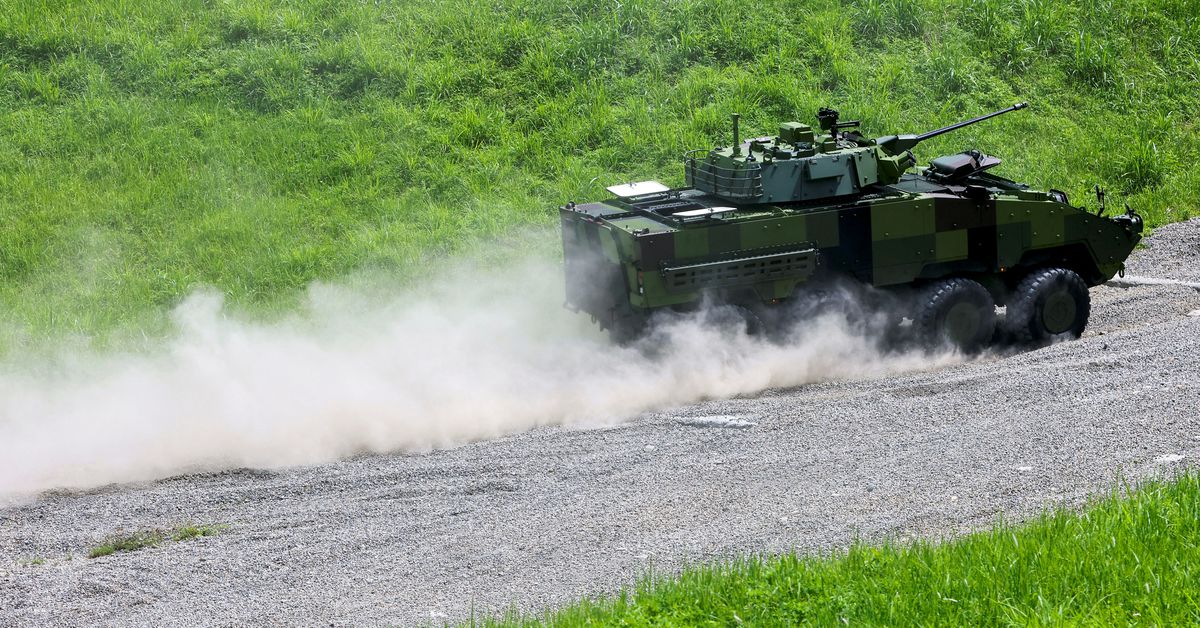 JIJI, Taiwan, June 16 (Reuters) – Taiwan’s military showed off its latest domestically produced armoured vehicle on Thursday, the CM-34 Clouded Leopard, at a remote manufacturing site in the mountains of the central part of the island.

Taiwan has been keen to demonstrate its resolve to defend itself should China, which claims the democratically governed island as its own territory, ever attack. Those fears have become more pronounced over the past two years or so as Beijing steps up military activities near Taiwan.

While Taiwan relies on the United States for many of its weapons, like fighter jets, President Tsai Ing-wen has been pushing for a greater emphasis on Taiwanese-designed and made armaments, the most high profile of which is new submarines.

The eight-wheeled CM-34, which entered service in 2019, is armed with the Mk44 Bushmaster 30mm chain gun, made by Northrop Grumman (NOC.N) and with an effective firing range of 3 km (1.9 miles). It is designed to be highly mobile, operating in all weathers.

Facility chief Wang Wen-hung told reporters the plant in Jiji can produce six vehicles a month, and it has already delivered 173 of them to the military out of a total order for 305.

It is named after Taiwan’s clouded leopard. Though now believed to be extinct, the animal is revered by some of Taiwan’s indigenous people who consider it sacred.

The development of the vehicle has not been without problems.

Last year, several senior executives from supplier companies were jailed for fraud over procuring substandard parts, including some from China, for an earlier model, the CM-32.

AUSTIN, Texas--(BUSINESS WIRE)--As the first multifamily management company to be recognized in the Public Relations and Marketing Excellence Awards, … END_OF_DOCUMENT_TOKEN_TO_BE_REPLACED

There have been whispers of cooling housing and rental prices in the San Francisco Bay Area, but that hasn't yet translated into practical, noticeable … END_OF_DOCUMENT_TOKEN_TO_BE_REPLACED

Cars pass in Independence Square at twilight in Kyiv, Ukraine, Monday, Oct. 31, 2022. Rolling ... [+] blackouts are increasing across Ukraine as the … END_OF_DOCUMENT_TOKEN_TO_BE_REPLACED