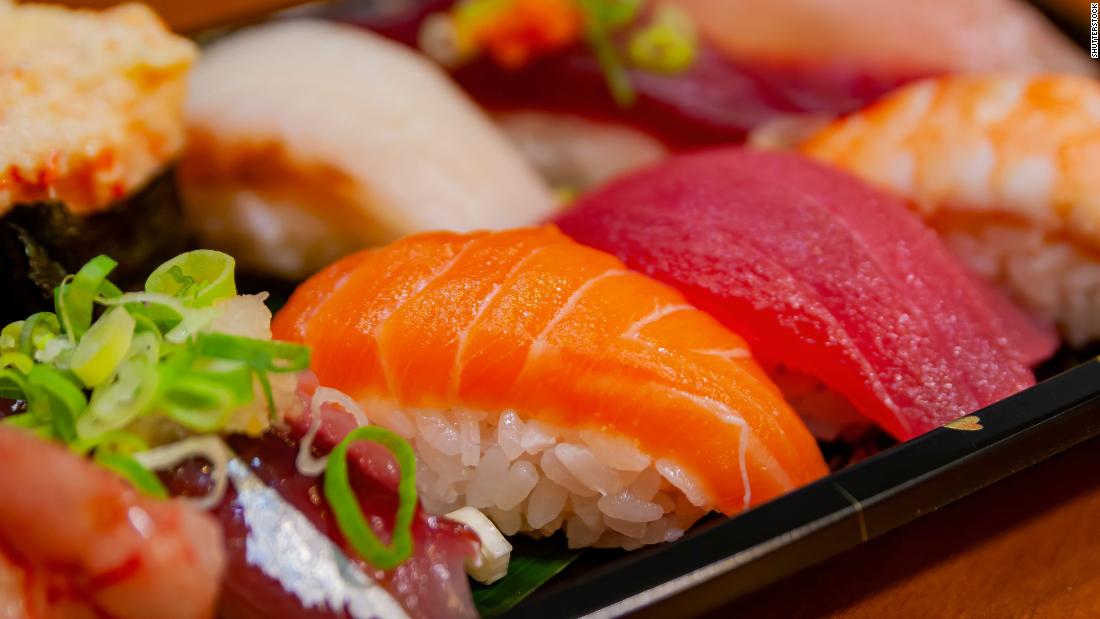 (CNN) — Sushi is a favorite meal for many people around the world, but some residents in Taiwan are going to extraordinary lengths to get their hands on it for free — by officially renaming themselves “salmon” to take advantage of a restaurant promotion.

Taiwan’s Ministry of the Interior stepped in on Wednesday and urged people to think carefully before changing their names after a surge in applications.

According to the country’s Name Act, people are entitled to do so just three times, meaning in theory someone could end up stuck with the name.

Almost 100 people have registered to change their name as part of a promotion by the restaurant chain Sushiro, which runs until the end of Thursday, according Taiwan’s official Central News Agency (CNA).

On Monday, the chain announced it would give away free sushi to anyone whose name included the characters 鮭 and 魚 — which CNA said together mean “salmon” in Chinese, a key ingredient of the delicacy.

That person, plus up to five guests, could get a meal for free — so long as they prove the name change using official ID.

In a Facebook post, Sushiro said it would also offer lesser discounts to anyone who added just one of those Chinese characters to their name as part of the promotion, CNA said.

The promotion prompted a rush of name changes at household registration offices across Taiwan, according to CNA.

One man who changed his name on Wednesday reportedly told officials he planned to change it back once he had taken advantage of the promotion.

Another registration office, according to CNA, said it had managed to dissuade another man from changing it altogether, while a third said a separate man pressed ahead with an official name change to “salmon,” despite having already changed his name once before.

Phil Shell loves the Bay Area and its real estate market. He’s been building his career here as an agent over the past eight years, but even he hasn’t … END_OF_DOCUMENT_TOKEN_TO_BE_REPLACED

DS4 Cross DS The Plug-in hybrid seems the perfect answer to the electric car dilemma; battery power for all your local needs and a traditional motor … END_OF_DOCUMENT_TOKEN_TO_BE_REPLACED