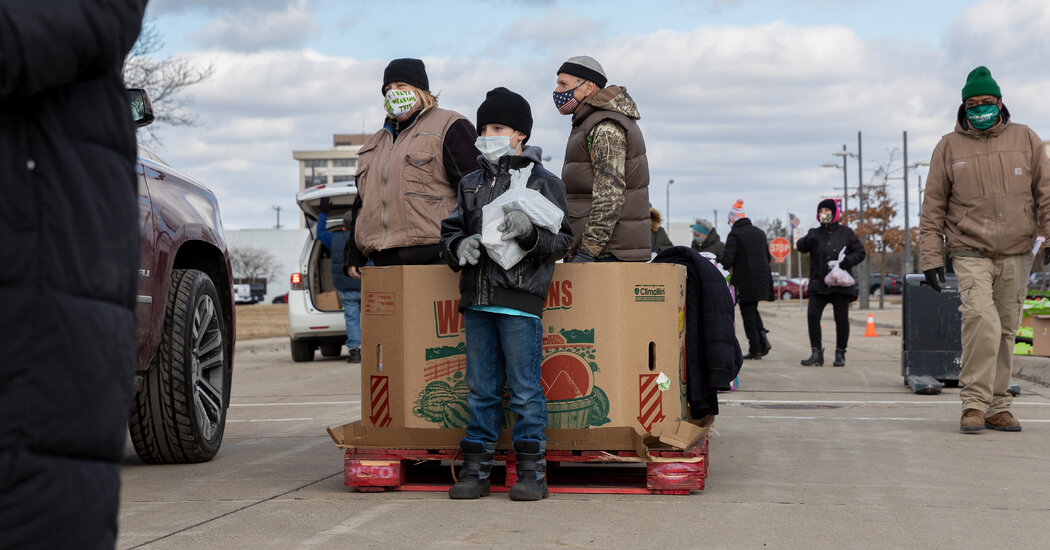 Luke Shaefer, a University of Michigan professor, told the Times columnist Nicholas Kristof that the child benefit was “the most transformational thing” in the legislation. My colleague Jason DeParle, who has covered poverty for years, wrote that “the child benefit has the makings of a policy revolution.” (Jason goes into more detail on today’s episode of “The Daily.”)

Over all, the legislation will reduce the child poverty rate this year to about 6 percent from about 14 percent, according to projections by the Center on Poverty and Social Policy at Columbia. The biggest declines will be for Black and Hispanic children.

What about unintended consequences?

The idea of a child benefit has gained support from both progressives and conservatives. Many on the political left see it as a way to reduce economic inequality and increase opportunity. On the political right, Jason explains:

Libertarians like that it frees parents to use the money as they choose, unlike targeted aid such as food stamps. Proponents of higher birthrates say a child allowance could help arrest a decline in fertility. Social conservatives note that it benefits stay-at-home parents, who are bypassed by work-oriented programs like child care.

Christopher Buskirk, the editor of the conservative publication American Greatness, says that younger conservatives are especially supportive of the idea. People under 50, he explains, are “the ones feeling the brunt of the brutal slowdown in real wage growth that started in the 1970s.”

The most common criticism is that the plan is a form of welfare that could reduce people’s incentives to marry or work. “Monthly cash payments should go only to working households,” Oren Cass, the founder of the policy group American Compass, writes in a Times Opinion article. (Cass suggests exceptions for the recently unemployed and parents who take leave after a baby’s birth.)

But the evidence suggests that these concerns may be largely theoretical. In Britain, the changes to child benefits increased employment among single mothers, Waldfogel said. And when a panel of U.S. experts reviewed the research for the National Academy of Sciences, it found that a universal child benefit would have a “negligible” effect on employment.

Kohl's announced Friday that it is terminating talks to sell its business, saying that retail environment has significantly deteriorated since the … END_OF_DOCUMENT_TOKEN_TO_BE_REPLACED