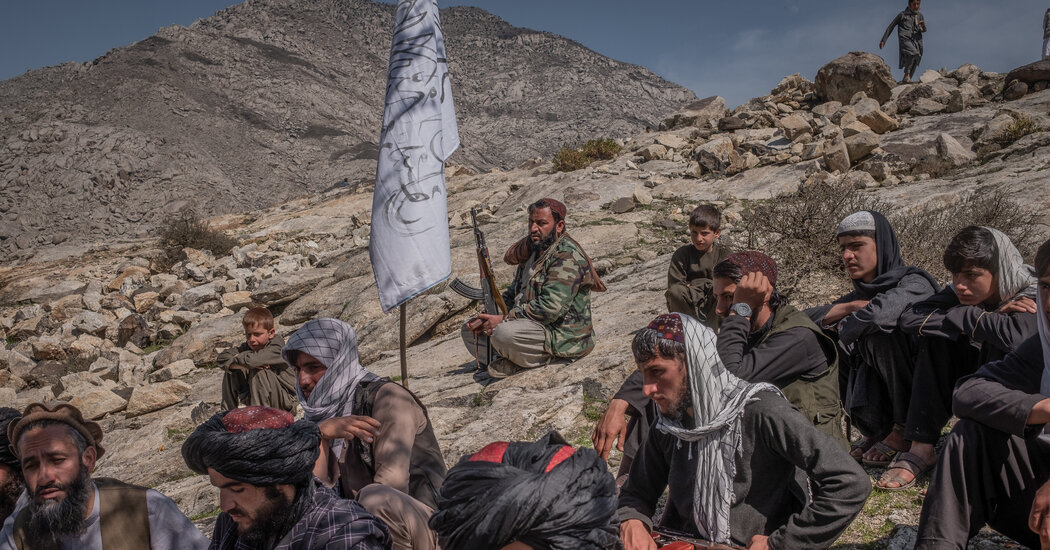 KABUL, Afghanistan — In June, when the Taliban took the district of Imam Sahib in Afghanistan’s north, the insurgent commander who now ruled the area had a message for his new constituents, including some government employees: Keep working, open your shops and keep the city clean.

The water was turned back on, the power grid was repaired, garbage trucks collected trash and a government vehicle’s flat tire was mended — all under the Taliban’s direction.

Imam Sahib is one of dozens of districts caught up in a Taliban military offensive that has swiftly captured more than a quarter of Afghanistan’s districts, many in the north, since the U.S. withdrawal began in May.

It is all part of the Taliban’s broader strategy of trying to rebrand themselves as capable governors while they press a ruthless, land-grabbing offensive across the country. The combination is a stark signal that the insurgents fully intend to try for all-out dominance of Afghanistan once the American pullout is finished.

have begun to muster militias to defend their home turf, skeptical that the Afghan security forces can hold out in the absence of their American backers, in a painful echo of the country’s devastating civil war breakdown in the 1990s.

report. Some homes there were burned down by the Taliban, residents said.

“The Taliban burned my house while my family was in the house,” said Sirajuddin Jamali, a tribal elder. “In 2015, a military base was under siege and we provided food and water for them, but now the Taliban are taking revenge,” Mr. Jamali sobbed. “Do they do the same in any area the Taliban take?”

Zabihullah Mujahid, a spokesman for the Taliban, said the accusations of burning down homes was under investigation.

The group’s public responses, though rarely sincere, play directly into a strategy meant to portray the insurgents as a comparable option to the Afghan government. And they ignore the fact that local feuds drive large amounts of the war’s violence, outweighing any official orders from the Taliban leadership.

On the battlefield, things are shifting quickly. Thousands of Afghan soldiers and militia members have surrendered in past weeks, forfeiting weapons, ammunition and armored vehicles as the Taliban take district after district. Government forces have counterattacked, recapturing several districts, though not on the scale of the insurgents’ recent victories.

But little reported are Taliban losses, aside from the inflated body counts announced by the Afghan government’s Ministry of Defense. The Taliban, with their base strength long estimated to be between 50,000 and 100,000 fighters, depending on the time of year, have taken serious casualties in recent months, especially in the country’s south.

The casualties are primarily from the Afghan and U.S. air forces, and sometimes from Afghan commando units.

Mullah Basir Akhund, a former commander and member of the Taliban since 1994, said that cemeteries along the Pakistani border, where Taliban fighters have long been buried, are filling up faster than in years past. Pakistani hospitals, part of the country’s unwavering line of support for the insurgents, are running out of bed space. During a recent visit to a hospital in Quetta, a hub for the Taliban in Pakistan, Mr. Akhund said he saw more than 100 people, most of them Taliban fighters, waiting to be treated.

But despite tough battles, the weight of a nearly withdrawn superpower, and the Taliban’s own leadership issues, the insurgents continue to adapt.

Even as they seek to conquer the country, the Taliban are aware of their legacy of harsh rule, and do not want to “become the same pariah and isolated state” that Afghanistan was in the 1990s, said Ibraheem Bahiss, an International Crisis Group consultant and an independent research analyst.

You were seeing double this week: A spectacular $54 million compound featuring two equally luxurious mansions separated by a private lake in Southwest … END_OF_DOCUMENT_TOKEN_TO_BE_REPLACED

Taylor Heinicke #4 of the Washington Football Team celebrates after defeating the Seattle Seahawks at FedExField on November 29, 2021 in Landover, … END_OF_DOCUMENT_TOKEN_TO_BE_REPLACED

Members of the Ukrainian Police force, Larisa, 31, and Roman, 30, get married at a wedding hall at an expo center in Kyiv, Ukraine, on … END_OF_DOCUMENT_TOKEN_TO_BE_REPLACED