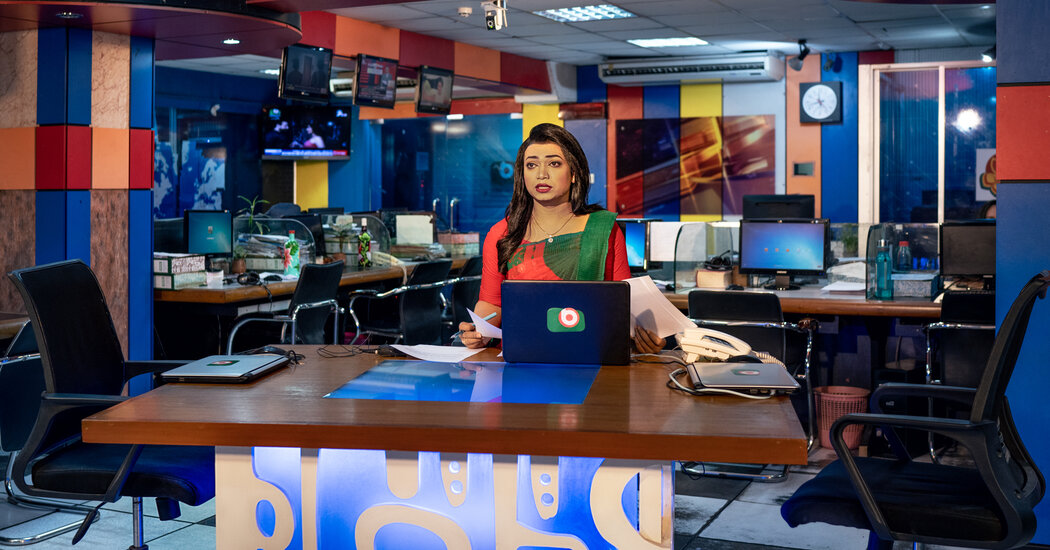 She went to live with an uncle in Narayanganj, but still presenting as male, she was subjected to the same verbal abuse. Searching for answers, she scoured the internet. Finally, she encountered the word “transgender,” and things began to fall into place. While she had not yet met other transgender people in Bangladesh, she said, she found others she could relate to beyond the country’s borders.

“It was really amazing,” she said. “I felt that I’m not the only person in the world.”

After being accepted into college, she discovered an affinity for theater, drawn by the prospect of a life of prestige, respect and admiration. While she pursued roles as female characters, a director told her it was not possible because she had been assigned a male identity at birth.

The emotional toll, constant humiliation and alienation drove her to relocate to Dhaka. She got some financial support from friends — sometimes living at their homes — and found temporary work. Things took a dark turn, Ms. Shishir said, when, without income, she lived in a slum for six months.

For seven days, she said, she had no food and almost starved. But things got better.

In 2015, Ms. Shishir declared herself a transgender woman to a transgender community she met through counseling work. She chose the name Tashnuva, which means “lucky” in Bengali, followed by Anan, or “cloud.” Gradually, she grew out her hair, began wearing makeup and started hormone treatment in 2016.

Ms. Shishir recalled one doctor in Dhaka who treated her as if she had a psychosocial disorder, doling out pills that made her sicker by the day. For eight months, her skin grew coarse, dark circles formed beneath her eyes, and the treatment left her sleepless. The medication plunged her into depression, she said.

The poshest place in California's Coachella Valley is The Madison Club. This exclusive gated community in La Quinta is where A-listers and tycoons … END_OF_DOCUMENT_TOKEN_TO_BE_REPLACED

KOROPY, Ukraine — Four men tugged at long strips of fabric to lift a coffin out of the gaping hole in the backyard of a small house. They flung the … END_OF_DOCUMENT_TOKEN_TO_BE_REPLACED