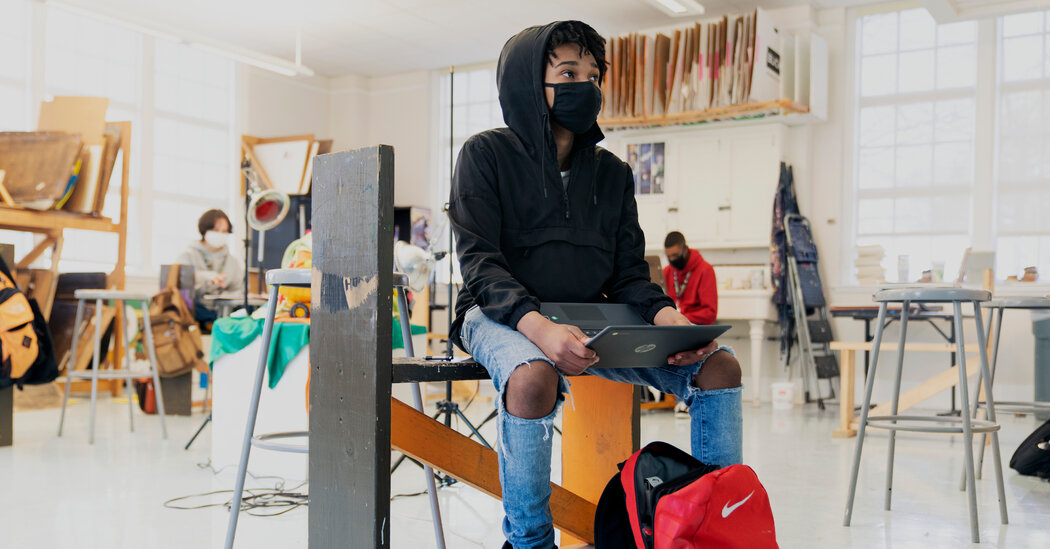 Proponents of fully reopening schools got a major boost when the Centers for Disease Control and Prevention announced that elementary school students and some middle and high school students could be spaced three feet apart in classrooms.

The previous guidance of keeping most students six feet apart had in many school districts become a big obstacle to welcoming students back for full-time instruction because it severely limited capacity. Many experts now say a growing body of research shows that six feet is not much more protective than three, as long as other safety measures are in place, like mask wearing.

Public health experts, parents and school officials cheered the new recommendation. Teachers’ unions, which have used the six-foot guidance to oppose bringing children back for normal schedules, did not.

Randi Weingarten, president of the American Federation of Teachers, the nation’s second-largest educators’ union, said in a statement that she would “reserve judgment” on the new guidelines pending further review of research on how the virus behaves in schools, especially those in cities or that are under-resourced. Becky Pringle, president of the largest teachers’ union, the National Education Association, raised similar concerns.

for example, is planning to reopen elementary schools in the coming weeks on a half-day schedule that would avoid meal times, giving students less than three hours per day of in-person schooling, only four days per week.

Meanwhile, some districts have kept schools closed one day a week for what is sometimes described as a day of “deep cleaning,” a practice that experts have said has no benefit. In Anne Arundel County, the cleaning day is why the district is aiming to bring students back four days a week this spring, rather than five.

SAN FRANCISCO — Cleve Jones has lived in the Castro neighborhood for nearly 50 years, almost from the day he graduated from high school in Phoenix and … END_OF_DOCUMENT_TOKEN_TO_BE_REPLACED

A home inspection can spare you from unpleasant surprises after you buy. After crunching the numbers, searching your favorite neighborhoods, and … END_OF_DOCUMENT_TOKEN_TO_BE_REPLACED