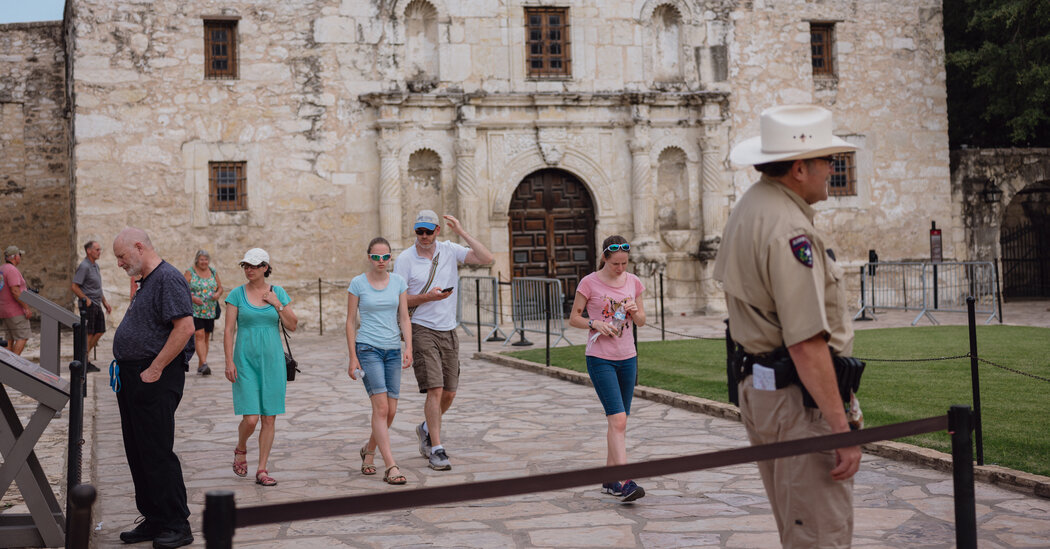 Most government entities in Texas will soon be prohibited from requiring people to wear masks, Gov. Greg Abbott announced on Tuesday, days after federal health officials announced new guidance that encourages people who have been completely vaccinated to forego masks in most situations.

Hospitals owned or operated by the government, state-supported living centers and jails and other criminal justice facilities are exempt from the order. Schools can continue their current mask policies until June 4, the end of the school year in some Texas districts, after which they will not be allowed to compel anyone to wear a mask. The C.D.C. also recommended that masks remain universally in use in K-12 schools until the end of the current school year.

Only a third of Texans are fully vaccinated, below the U.S. average of 37 percent, according to a New York Times database. No Covid-19 vaccines have been authorized yet for children under 12.

rescinded a statewide mask mandate and capacity restrictions on March 10, the new recommendations from the Centers for Disease Control and Prevention were less of a shock than they were in other states, where officials and business leaders scrambled to figure out how to safely accommodate residents and customers. Many states, and chains like Target, CVS and Best Buy, have since relaxed their mask mandates for vaccinated people.

Mr. Abbott’s mask rollback in March invigorated some individuals and business owners and alarmed others. But some local leaders chose to initially keep mask requirements in place, including the mayors of Texas’s biggest cities — Houston, Austin, San Antonio and Dallas — all of which are in counties won by President Biden.

Mayor Sylvester Turner of Houston, a Democrat, called the governor’s new order “a clear overreach,” and added, “His power is not absolute.”

Going forward, Mr. Turner said in a statement, “If you are a city employee or entering a city facility and you have not been fully vaccinated, you should wear your mask. We are not mandating it, but I strongly encourage everyone to get vaccinated to protect yourself, your family and your co-workers.”

Mayor Steve Adler of Austin and Travis County Judge Andy Brown, both Democrats, said in a statement that in the coming days, “we will be speaking with parts of our community most impacted by the governor’s order, including schools and nursing homes. Our community’s safety will continue to be our highest priority.”

“Texans, not government, should decide their best health practices, which is why masks will not be mandated by public school districts or government entities,” Mr. Abbott said in a statement announcing the order. “We can continue to mitigate Covid-19 while defending Texans’ liberty to choose whether or not they mask up.”

AUSTIN, Texas--(BUSINESS WIRE)--As the first multifamily management company to be recognized in the Public Relations and Marketing Excellence Awards, … END_OF_DOCUMENT_TOKEN_TO_BE_REPLACED

There have been whispers of cooling housing and rental prices in the San Francisco Bay Area, but that hasn't yet translated into practical, noticeable … END_OF_DOCUMENT_TOKEN_TO_BE_REPLACED

Cars pass in Independence Square at twilight in Kyiv, Ukraine, Monday, Oct. 31, 2022. Rolling ... [+] blackouts are increasing across Ukraine as the … END_OF_DOCUMENT_TOKEN_TO_BE_REPLACED