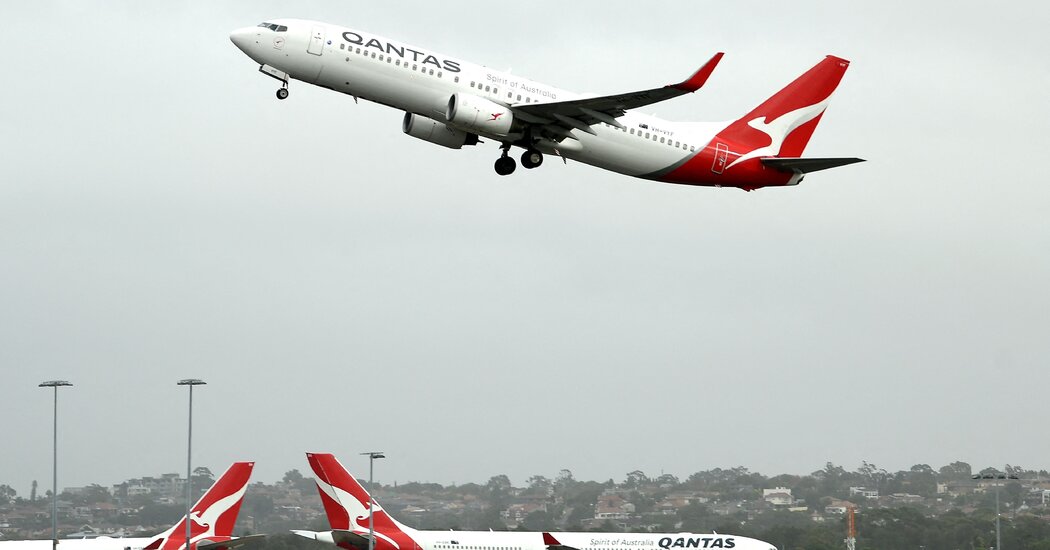 Australians will have some of the best views of the “super blood moon” this week, but passengers on a one-time flight departing from Sydney will have an even better one.

The Australian airline Qantas will operate a three-hour flight on Wednesday (Tuesday evening in the United States) for about 100 passengers to see the moon enter the Earth’s shadow and turn a blood red color during a total lunar eclipse.

An astronomer from the Commonwealth Scientific and Industrial Research Organisation, Australia’s national science and research agency, worked with the flight’s pilots to “design the optimal flight path,” a statement from the airline said. The astronomer, Vanessa Moss, will also be aboard the plane to educate passengers on the lunar event.

The flight will climb to a cruising altitude of 43,000 feet, “above any potential cloud cover and atmosphere pollution,” the statement said — the maximum altitude for the plane, a Boeing 787 Dreamliner. “Cosmic cocktails and supermoon cakes” will be served.

sold out in less than half an hour.

The flight will depart from and return to Sydney Airport, beginning with a scenic route over Sydney Harbour. Australia’s travel restrictions have been among the world’s harshest, with the government largely prohibiting international travel into or out of the country, even for its own citizens.

Other “flights to nowhere” have departed throughout the pandemic as airlines scrambled to manage the sharp decline in travel. In October, a Qantas flight flew over Australia’s Northern Territory, Queensland and New South Wales, departing from and landing in Sydney. Tickets for the flight sold out in 10 minutes.

Climate activists have criticized the flights as unnecessary and harmful to the environment. Qantas noted that it would offset carbon emissions for its supermoon flight to a net zero.

For those who won’t be on the supermoon flight, the lunar event will be visible mostly from Australia, East Asia, islands in the Pacific and the Western Americas.

The moon will be closest to Earth at 11:50 a.m. Australian Eastern Standard Time, but on the West Coast of the United States, the views will start at 1:47 a.m. Pacific time on Wednesday.

Side tables are among the smallest pieces of furniture, but they make a big difference in the way a room looks.“They’re like the bags and shoes of … END_OF_DOCUMENT_TOKEN_TO_BE_REPLACED

SAN FRANCISCO--(BUSINESS WIRE)--Snapdocs, a leading digital closing platform for the mortgage industry, announced today that its eClosing offering has … END_OF_DOCUMENT_TOKEN_TO_BE_REPLACED