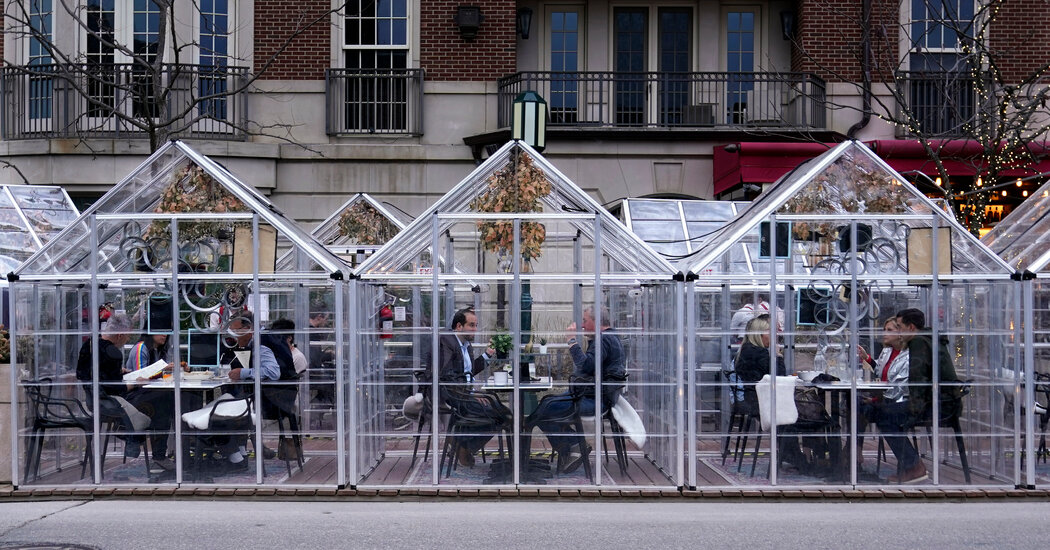 Dr. Rochelle Walensky, director of the Centers for Disease Control and Prevention, on Monday issued perhaps her most impassioned warning to date about a possible fourth surge of the coronavirus, saying she feels a sense of “impending doom.”

The nation has “so much reason for hope,” she said at a regularly scheduled White House news conference on the pandemic, saying she was departing from her prepared remarks. “But right now I’m scared.”

“I am asking you to just hold on a little longer, to get vaccinated when you can, so that all of those people that we all love will still be here when this pandemic ends,” she said.

According to a New York Times database, the seven-day average of new virus cases as of Sunday was 63,000, a level comparable to late October, and up from 54,000 a day two weeks earlier, an increase of more than 16 percent. Similar upticks in the past over the summer and winter led to major surges in the spread of disease, Dr. Walensky said.

a new C.D.C. report released Monday confirmed the findings of last year’s clinical trials that vaccines developed by Moderna and Pfizer are highly effective against Covid-19 disease. The report documented that the vaccines work to prevent symptomatic and asymptomatic infections under real-world conditions.

The seven-day average of vaccines administered hit 2.7 million on Sunday, a slight increase over the pace the previous week, according to data reported by the C.D.C.

On Monday, New York said all adults would be eligible staring April 6, joining at least 37 other states that will make all adult residents eligible for vaccinations by mid-April.

Some health experts said the moves to broaden eligibility underscored the urgency of the current state of the pandemic.

In nine states over the past two weeks, virus cases have risen more than 40 percent, the Times database shows. Michigan led the way with a 133 percent increase. The Northeast has also seen a troubling rise in virus cases. Connecticut reported a 62 percent jump in cases over the past two weeks, and New York and Pennsylvania both reported increases of more than 40 percent.

Michigan’s spike has not been traced to any one event, but epidemiologists have noted that cases started to jump after the state eased restrictions for indoor dining on Feb. 1 and lifted other restrictions in January. Other hot spots included North Dakota, where cases rose by nearly 60 percent and Minnesota, where cases have jumped 47 percent.

Dr. Walensky on Monday described “a feeling of nausea” she would experience last year when, as a doctor at a Boston hospital, she saw the corpses of Covid-19 patients piled up, overflowing from the morgue; and when she stood, “gowned and shielded,” as the last one in a patient’s room before they died alone, without family.

At the time, she said, there were so many unknowns about the virus. But now, with the vaccination program rapidly gaining speed, she said, she is hopeful the pandemic can be beat.

“I know you all so badly want to be done. We are just almost there, but not quite yet,” she said.

Dr. Walensky, who has issued several warnings in recent weeks about the need to keep up mask-wearing and social distancing, said she planned to talk to governors on Tuesday about the risks of prematurely lifting restrictions. The White House holds a weekly call with governors about the vaccine rollout and other efforts to fight the pandemic.

Chief Covelli said Mr. Crimo planned the shooting for several weeks, but that the authorities had not yet established what his motive was. “We have no … END_OF_DOCUMENT_TOKEN_TO_BE_REPLACED

Kevin McKenzie and Martine van Hamel were standing in the dining room of their weekend house in Woodstock, N.Y., trying to figure out when they got … END_OF_DOCUMENT_TOKEN_TO_BE_REPLACED