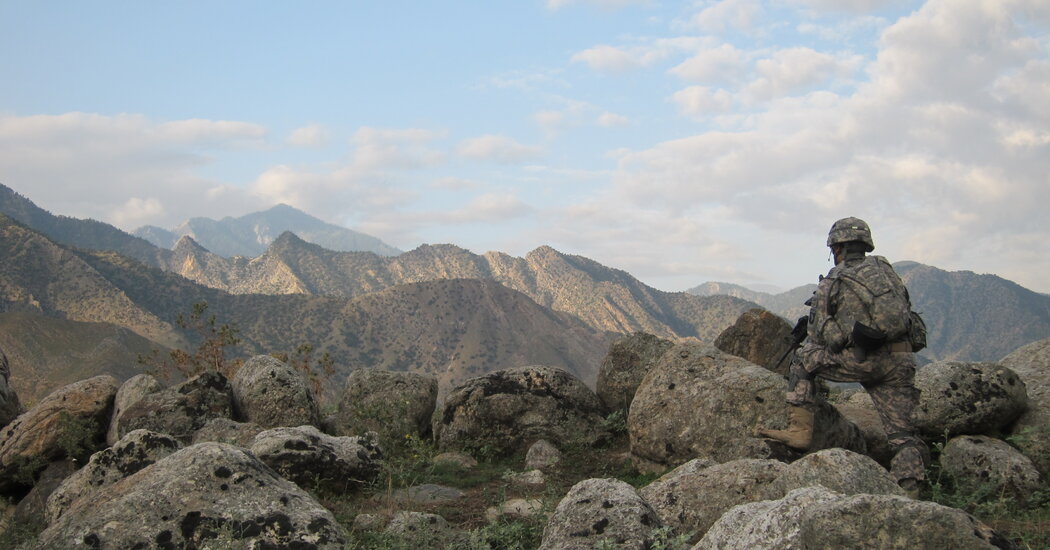 You’re reading this week’s At War newsletter. Sign up here to get it delivered to your inbox every Friday. Email us at atwar@nytimes.com.

It is especially relevant now, in the wake of President Biden’s announcement that all American troops will withdraw from the country by September. Books like Morgan’s will serve as the epitaphs for the failures of the American military in its two-decade-long war.

Thousands of troops passed through the Pech in Afghanistan’s violent east, where famous documentaries and films were born and the Korengal Valley turned practically into a household name. The soldiers there built and tore down outposts. Went on hundreds of patrols. Fought and died. Morgan, a military affairs reporter, documents it all from the beginning to the end, a herculean task in a conflict that has gone on for so long, and with characters who continuously rotated in and out every few months. These men and women all left their own marks on a military strategy that was never understood or clearly defined.

different audiences, and the reviews had quite a bit in common. And a big part of what they had in common was a sense of bitterness over how a lot of heroic fighting had been built on really shaky foundations in terms of the intelligence and assumptions and decisions that led us into these valleys, and grief over how casualties had mounted as military units continually reinvented the wheel and kept flying back up to the same villages in the same valleys to go looking for firefights year after year, without a lot of knowledge being passed down or absorbed.

Here are five articles from The Times that you might have missed.

“I am so worried about my future. It seems so murky. If the Taliban take over, I lose my identity.” Many Afghans fear that without the umbrella of U.S. protection, the country will be unable to preserve its modest gains toward democracy and women’s rights. [Read the article.]

“He’s dealing with the kiss of death from his own closest partner.” The Taliban are gaining militarily in Afghanistan, and President Ashraf Ghani’s international supporters are impatient with the stumbling peace process. [Read the article.]

“The I.S.I., with the help of America, defeated America.” Pakistan’s military stayed allied to both the Americans and Taliban. But now the country may face intensified extremism at home as a result of a perceived Taliban victory. [Read the article.]

We would love your feedback on this newsletter.

Please email thoughts and suggestions to atwar@nytimes.com. Or invite someone to subscribe through this link. Read more from At War here, or follow us on Twitter.

AUSTIN, Texas--(BUSINESS WIRE)--As the first multifamily management company to be recognized in the Public Relations and Marketing Excellence Awards, … END_OF_DOCUMENT_TOKEN_TO_BE_REPLACED

There have been whispers of cooling housing and rental prices in the San Francisco Bay Area, but that hasn't yet translated into practical, noticeable … END_OF_DOCUMENT_TOKEN_TO_BE_REPLACED

Cars pass in Independence Square at twilight in Kyiv, Ukraine, Monday, Oct. 31, 2022. Rolling ... [+] blackouts are increasing across Ukraine as the … END_OF_DOCUMENT_TOKEN_TO_BE_REPLACED