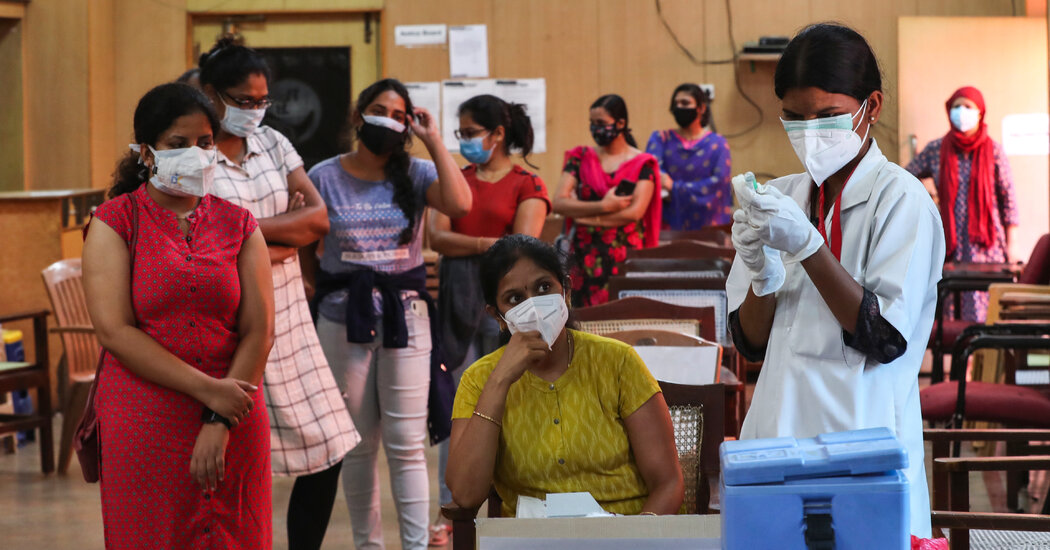 As inoculations help a sense of normalcy return in the lives of many Americans, much of the world remains gripped by the pandemic, with little hope that a significant number of vaccine doses will be made available soon.

The effort to vaccinate enough of the world’s population to get the virus under control — already a huge struggle, experts said — was set back again this week after the Serum Institute of India, the world’s largest vaccine producer, signaled that it would not be able to export doses until the end of the year.

The Serum Institute’s manufacturing capacity is at the heart of Covax, a global effort to vaccinate the populations of low- and middle-income countries. The program is already more than 140 million doses behind schedule, and the Serum Institute announcement suggested that its goal of two billion doses by the end of the year would be all but impossible to meet.

Dr. Arthur Reingold, chief of the epidemiology division at the University of California, Berkeley, said that the delay was “not surprising, given the drastic situation” in India, which has been pummeled by the virus in recent weeks.

devastating second wave of coronavirus infections, the institute has diverted all its manufacturing powers to domestic needs, falling behind on commitments to the Covax partnership as well as on bilateral commercial deals with many countries.

About 48 percent of people in the United States have received at least one dose of a Covid-19 vaccine, according to federal data on Wednesday. In the United Kingdom, the figure is 54 percent, and in Germany, nearly 38 percent, according to the Our World in Data project at Oxford University.

100 million doses of Johnson & Johnson’s vaccine were now on hold as regulators checked them for possible contamination.

The Johnson & Johnson vaccine has been viewed by public health officials as an important tool to vaccinate populations that are more difficult to reach, because it requires only one dose and does not need the special low-temperature storage required by the Moderna and Pfizer-BioNTech vaccines.

The rate of vaccinations in the United States has slowed considerably in recent weeks, though about 1.8 million doses are being administered to Americans each day on average, according to a New York Times database.

President Biden announced on Monday that the United States would send 20 million doses of the three vaccines abroad. The 100 million Johnson & Johnson doses under inspection could pad the American stockpile, or be sent to help meet the dire need abroad.

Still, Dr. Reingold said that it was “time well spent” to “very carefully look at those doses and ensure that they’re safe and effective.”

It’s a property that offers a unique open floor plan—plus a hot tub with a view.“It was a Methodist church located in a historic little area of St. … END_OF_DOCUMENT_TOKEN_TO_BE_REPLACED