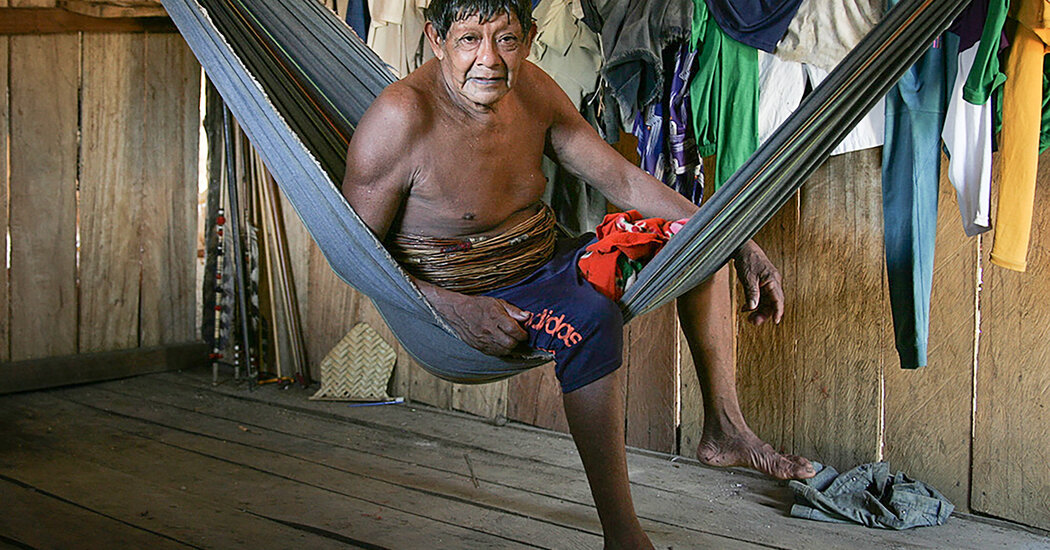 Aruká Juma saw his Amazon tribe dwindle to just a handful of individuals during his lifetime.

Numbering an estimated 15,000 in the 18th century, his people were ravaged by disease and successive massacres by rubber tappers, loggers and miners. An estimated 100 remained in 1943; a massacre in 1964 left only six, including him.

In 1999, with the death of his brother-in-law, Mr. Juma, who like many Indigenous Brazilians used his tribe’s name as his surname, became the last remaining Juma male. The tribe’s extinction was assured.

Mr. Juma died on Feb. 17 in a hospital in Pôrto Velho, the capital of the Brazilian state of Rondônia. He was believed to have been between 86 and 90 years old. The cause was Covid-19, his grandson Puré Juma Uru Eu Wau Wau said.

an article on the culture and lifestyle website Riscafaca.com. “We were many before the rubber tappers and the prospectors came to kill all the Juma people. Back then, the Juma were happy. Now there is only me.”

You were seeing double this week: A spectacular $54 million compound featuring two equally luxurious mansions separated by a private lake in Southwest … END_OF_DOCUMENT_TOKEN_TO_BE_REPLACED