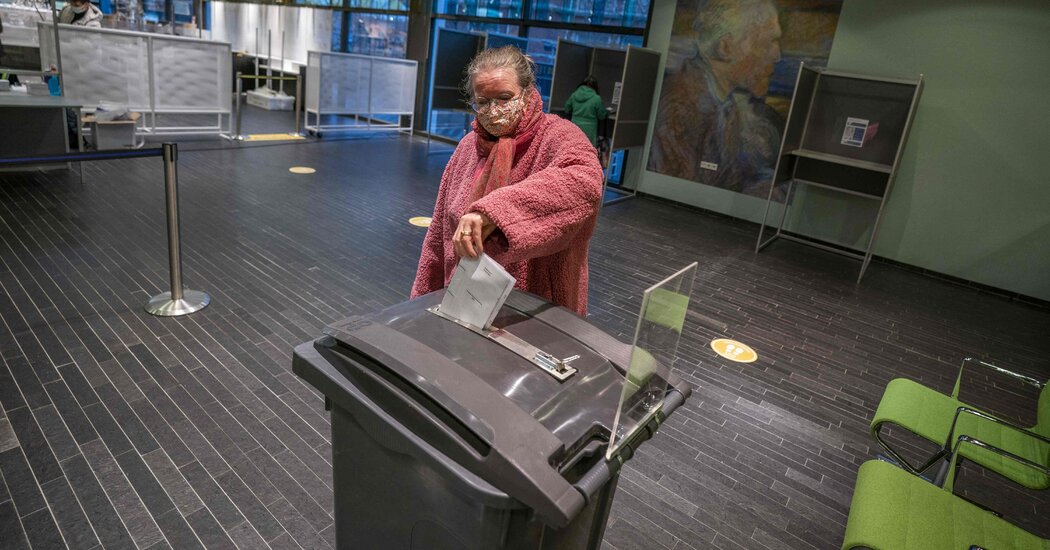 As Dutch voters go to the polls for parliamentary elections this week, the pandemic has changed the usual dynamic.

To help maintain social distancing, the voting process was spread over three days, ending on Wednesday. Voters over 70 were encouraged to vote by mail. And campaigning mainly took place on television, making it hard for voters to spontaneously confront politicians as is typical practice.

Coronavirus cases are again surging in the Netherlands, prompting the authorities to warn of a third wave. Last year, it took the government of Prime Minister Mark Rutte until November to get the country’s testing capabilities in order, and the vaccination process is also going slowly.

Yet during the campaigning, more localized issues managed to overshadow the government’s handling of the coronavirus.

resigned in January over a scandal involving the tax authorities’ hunting down people, mostly poor, who had made administrative mistakes in their child benefits requests. Many were brought to financial ruin as a result.

Broader policies put forward by Mr. Rutte, who has been in power since 2010, were also a focus on the campaign trail. While his party is ahead in the polls, it has lost some support in recent weeks.

Neighboring Germany is also entering a packed election season, with national and state votes coming in a year that will bring to an end the 16-year chancellorship of Angela Merkel.

In other developments around the world:

You were seeing double this week: A spectacular $54 million compound featuring two equally luxurious mansions separated by a private lake in Southwest … END_OF_DOCUMENT_TOKEN_TO_BE_REPLACED