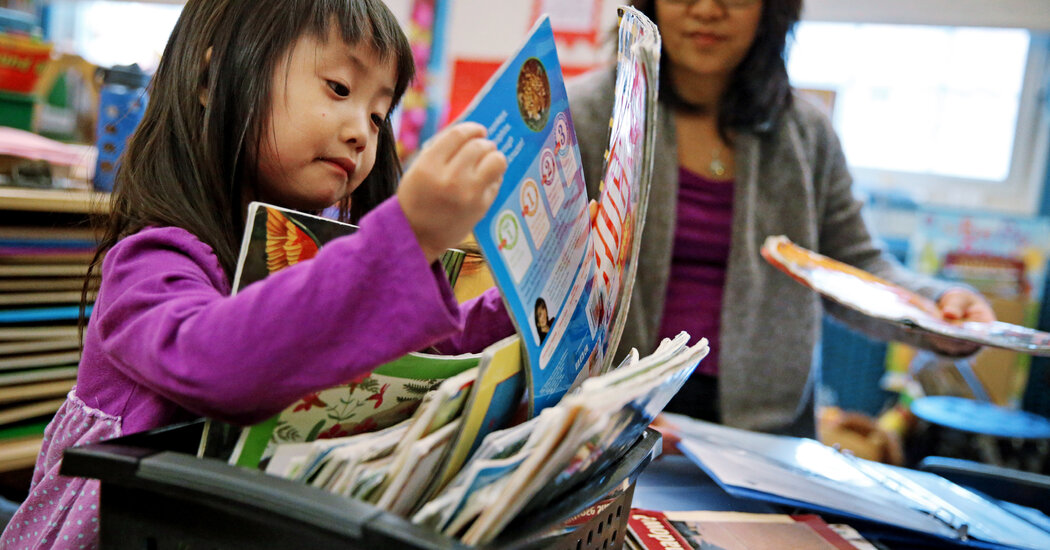 In the late 1990s, Boston expanded its public pre-K program, but it did not have nearly enough spots for every 4-year-old in the city. So it used a lottery to help determine which children could enroll.

That lottery created an opportunity for academic researchers. It meant that thousands of otherwise similar children would have different life experiences based on random chance. And random chance is a powerful way for social scientists to study cause and effect. It may be the closest thing to a laboratory experiment in the real world.

Pre-K was a particularly good subject to study, because there has been a long-running debate about how much it matters. In the 1960s and ’70s, studies of two small preschool programs — known as the Perry and Abecedarian programs — showed major benefits for the children who attended them. But some experts pointed out the two programs were of a higher quality than most pre-K programs. For that reason, a community that enacted universal pre-K could not expect to replicate the benefits of Perry and Abecedarian.

The evidence about larger pre-K programs — like the federal Head Start program — was more mixed. Graduates of Head Start seemed to do better on math and reading tests during the early years of elementary school. As they got older, though, the positive effects often faded, leaving the value of universal pre-K unclear.

calling for the federal government to subsidize state pre-K programs. About two-thirds of 4-year-olds and half of 3-year-olds now attend such programs. Biden wants to make them universally available, at an additional cost of about $20 billion a year (or less than 1/30th of what the federal government spends on Medicare). He would pay for it by raising taxes on the wealthy.

In today’s newsletter, I want to tell you about the results from the Boston pre-K study. They are being released this morning by three economists, from the University of Chicago, the Massachusetts Institute of Technology and the University of California, Berkeley.

But test scores are mostly a means, not an end. More important than the scores are concrete measures of a student’s well-being. And by those measures, the students who won the lottery fared substantially better than those who lost it.

also found that early education had a bigger effect on long-term outcomes than short-term metrics.

How could pre-K have these positive effects without lifting test scores? It seems to improve children’s social and emotional skills and help them mature more than it helps in a narrow academic sense, the researchers told me.

The findings are a reminder of how complex a process schooling is. We can’t simply give up on test scores. Measurement and accountability are vital parts of education, just as they are with most human endeavors. Without them, society ends up tolerating a lot of mediocrity and failure. But measurement often needs to be nuanced to be accurate.

“An important implication of our study,” Walters, a Berkeley economist, said, “is that modern large-scale public preschool programs can improve educational attainment.”

For more: How child care became a top issue in Biden’s Washington, by The Times’s Emily Peck; and why Republicans are abandoning their past support for universal child care, by Elliot Haspel, in The Washington Post.

recipe that lets time do most of the work, no kneading necessary.

The technique led to an explosion in amateur baking and changed professional baking as well, the chef J. Kenji López-Alt writes. It changed his life, too. “Learning how time can do the work for you turned me from someone who baked perhaps one or two loaves a year into someone who throws together dough on a whim before bedtime several times a month,” he writes.

AUSTIN, Texas--(BUSINESS WIRE)--As the first multifamily management company to be recognized in the Public Relations and Marketing Excellence Awards, … END_OF_DOCUMENT_TOKEN_TO_BE_REPLACED

There have been whispers of cooling housing and rental prices in the San Francisco Bay Area, but that hasn't yet translated into practical, noticeable … END_OF_DOCUMENT_TOKEN_TO_BE_REPLACED

Cars pass in Independence Square at twilight in Kyiv, Ukraine, Monday, Oct. 31, 2022. Rolling ... [+] blackouts are increasing across Ukraine as the … END_OF_DOCUMENT_TOKEN_TO_BE_REPLACED