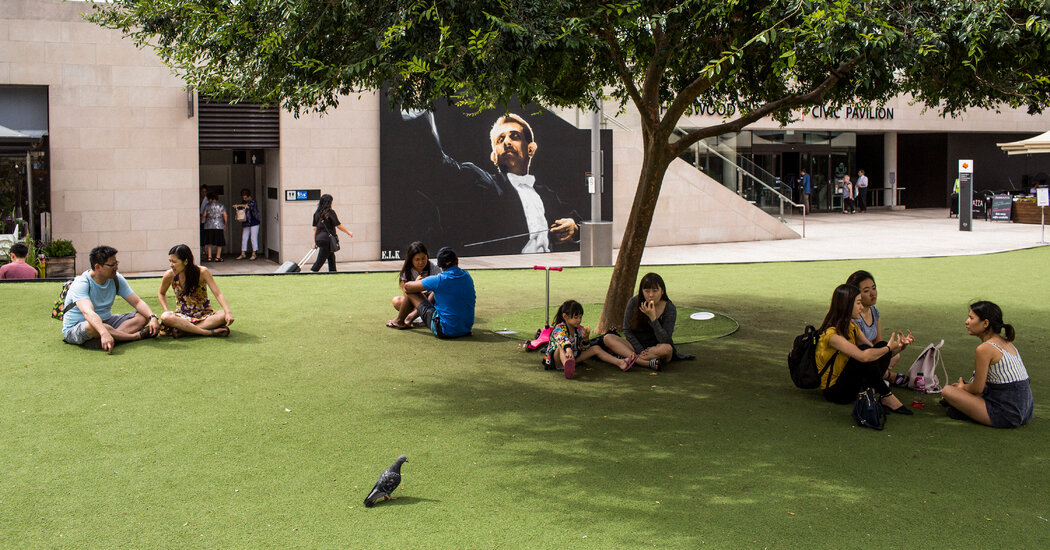 Two weeks ago, four local councilors of Asian heritage across Sydney received letters calling for death to “all Chinese people.” On Wednesday night, one of them proposed a motion for his council to take part in a campaign called “Racism Not Welcome.”

The motion was narrowly defeated. Some councilors said it was unnecessary because the problem didn’t exist in the local community. Others took issue with one word in the campaign’s name: Racism.

“It’s a terrible word, and I don’t want to see it in any fashion or form in our community,” said one councilor who voted against the motion.

“I don’t agree with using those particular words,” said another. “I think we should be using more encouraging words. More inclusive words. More belonging words. More words of togetherness, rather than words of separation or segregation.”

when it comes to other campaigns, like climate change.

Finding a new value that everyone could gather around might also lift concerns some Australians held about a loss of national identity as the country gradually moved from a primarily Anglo culture to a more diverse one as new migrants arrived, the report said. That in itself could help in reducing racism.

one in five Chinese-Australians had been threatened or attacked during the pandemic, and in places like the United States, where shootings in Atlanta killed eight people, six of them Asian women, critics say the focus on harmony become a disincentive to candor and addressing the problem.

What appeared at the local council goes back decades. There’s a much wider awareness now that racism is a significant problem, Professor Jakubowicz said, but the unwillingness to talk about race, reflected in the history of Harmony Day, continues.

“The majority position, that Australians would like not to be disturbed by reflecting on these facts, is very much there. And Harmony Day says you don’t have to be disturbed,” he said.

The poshest place in California's Coachella Valley is The Madison Club. This exclusive gated community in La Quinta is where A-listers and tycoons … END_OF_DOCUMENT_TOKEN_TO_BE_REPLACED

KOROPY, Ukraine — Four men tugged at long strips of fabric to lift a coffin out of the gaping hole in the backyard of a small house. They flung the … END_OF_DOCUMENT_TOKEN_TO_BE_REPLACED