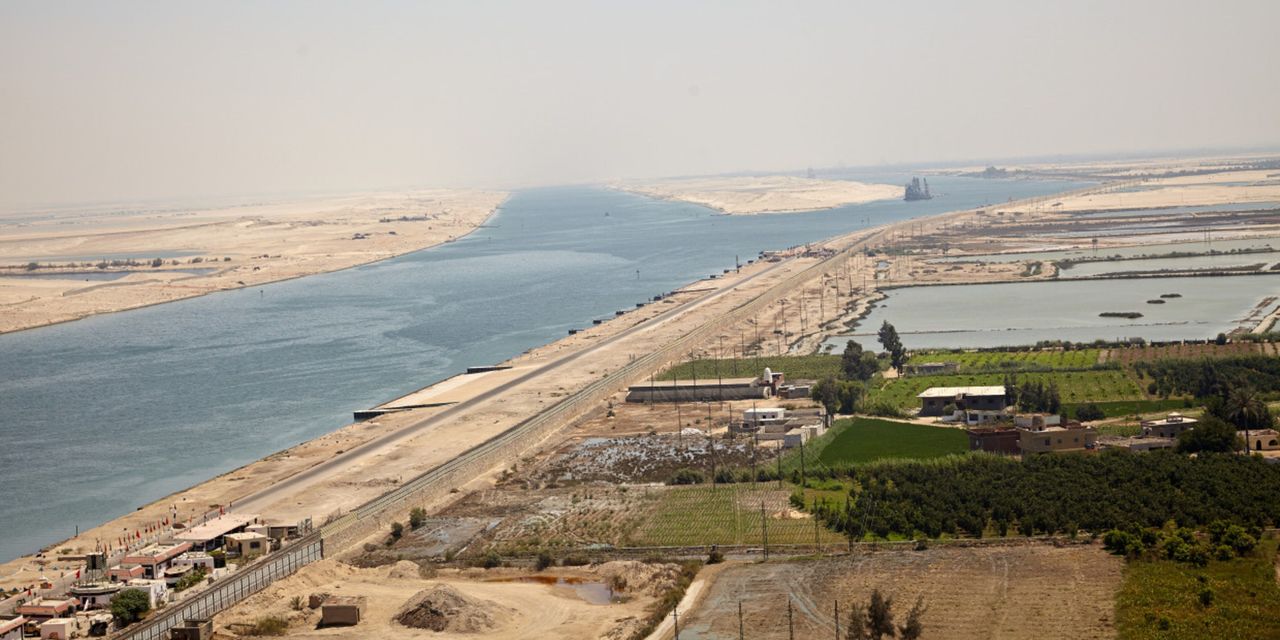 A giant boxship ran aground in the Suez Canal on Tuesday, blocking all vessel traffic and creating a backlog of ships on one of the world’s busiest trade routes.

The Ever Given, a 400-meter (1,312 foot) container ship, was stuck in the canal sideways, with its bow wedged in one bank and its stern nearly touching the other, according to ship operators and images posted on social media.

The ship, operated by Taiwan-based Evergreen Group, is one of the biggest ocean vessels. It can move more than 20,000 containers and is taller than the Empire State Building if turned upright.

“There are at least 100 ships waiting to transit between the Red Sea and the Mediterranean,” said a London broker. “Tug boats are trying to refloat it, but it’s not going to be easy.”

The Suez Canal Authority, which operates the canal, wasn’t immediately available for comment. An Evergreen spokesperson said the ship was probably hit by strong winds “causing the hull to deviate from the channel and run aground.”

The poshest place in California's Coachella Valley is The Madison Club. This exclusive gated community in La Quinta is where A-listers and tycoons … END_OF_DOCUMENT_TOKEN_TO_BE_REPLACED

KOROPY, Ukraine — Four men tugged at long strips of fabric to lift a coffin out of the gaping hole in the backyard of a small house. They flung the … END_OF_DOCUMENT_TOKEN_TO_BE_REPLACED