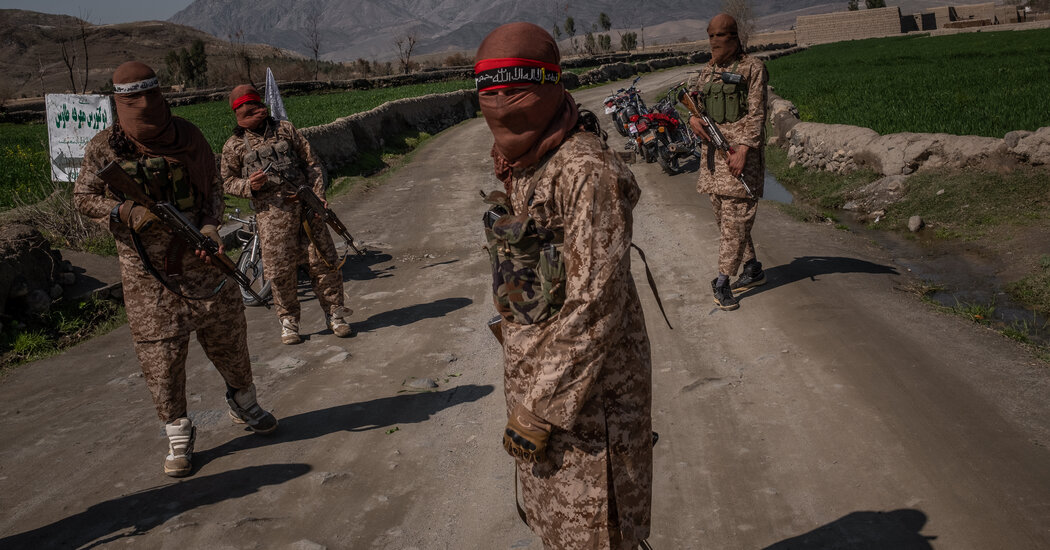 KABUL, Afghanistan — The Taliban’s swagger is unmistakable. From the recent bellicose speech of their deputy leader, boasting of “conquests,” to sneering references to the “foreign masters” of the “illegitimate” Kabul government, to the Taliban’s own website tally of “puppets” killed — Afghan soldiers — they are promoting a bold message:

We have already won the war.

And that belief, grounded in military and political reality, is shaping Afghanistan’s volatile present. On the eve of talks in Turkey next month over the country’s future, it is the elephant in the room: the half-acknowledged truth that the Taliban have the upper hand and are thus showing little outward interest in compromise, or of going along with the dominant American idea, power-sharing.

While the Taliban’s current rhetoric is also propaganda, the grim sense of Taliban supremacy is dictating the response of a desperate Afghan government and influencing Afghanistan’s anxious foreign interlocutors. It contributes to the abandonment of dozens of checkpoints and falling morale among the Afghan security forces, already hammered by a “not sustainable” casualty rate of perhaps 3,000 a month, a senior Western diplomat in Kabul said.

The group doesn’t hide its pride at having compelled its principal adversary for 20 years, the United States to negotiate with the Taliban and, last year, to sign an agreement to completely withdraw U.S. troops from Afghanistan by May 1, 2021. In exchange, the Taliban agreed to stop attacking foreign forces and to sever ties with international terrorist groups such as Al Qaeda.

Zalmay Khalilzad, the American peace envoy — would merely be used by the Taliban as a “Trojan horse” for the seizure of power.

recent paper — though, he notes, this may be driven more by political imperative than a softening of ideology.

Elsewhere, the Taliban’s increasingly confident messaging has penetrated deep into its rank-and-file, in large part because events have borne it out.

People said that it is not possible to fire on U.S. forces,” said Muslim Mohabat, a former Taliban fighter from Watapor District in Kunar Province. “They would say the barrel of the rifle would bend if you open fire on them, but we attacked them, and nothing happened.”

“Then we kept attacking them and forced them to leave the valley,” said Mr. Mohabat, who fought in some of the most violent battles of the war with the United States.

In the insurgents’ view, their advances will inexorably lead to the end of the Kabul government.

“On the battlefield there is a sense that, ‘We’re stronger than ever,’’’ said Ashley Jackson, a Taliban expert at the Overseas Development Institute. “Power-sharing and democracy, these are anathema to their political culture.”

The poshest place in California's Coachella Valley is The Madison Club. This exclusive gated community in La Quinta is where A-listers and tycoons … END_OF_DOCUMENT_TOKEN_TO_BE_REPLACED

KOROPY, Ukraine — Four men tugged at long strips of fabric to lift a coffin out of the gaping hole in the backyard of a small house. They flung the … END_OF_DOCUMENT_TOKEN_TO_BE_REPLACED