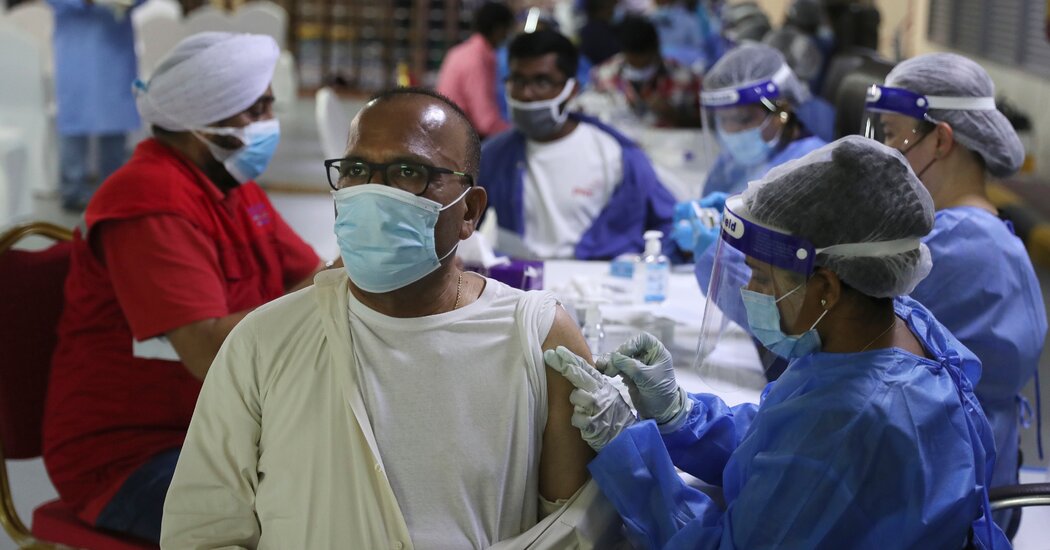 The distributor of China’s Sinopharm vaccine in the United Arab Emirates says it has started offering a “very small number” of people a third shot after these recipients reported insufficient levels of antibodies following a two-dose regimen.

The distributor, G42 Healthcare, has found that some people were “not really responsive” to the Sinopharm vaccine, Walid Zaher, the company’s chief researcher, told Dubai Eye Radio on Sunday.

Dr. Zaher’s disclosure could add to questions about the overall efficacy of the Sinopharm vaccine, which has been rolled out to at least six countries. The state-owned company has not reported detailed Phase 3 clinical data for scientists to independently assess the strength of its vaccines. Sinopharm did not respond to a request for comment.

test a third booster shot in response to concerns over coronavirus variants. Similarly, Moderna said it had shipped doses of a newly adjusted vaccine to the National Institutes of Health for testing that would address the variant first detected in South Africa, known as B.1.351.

Dr. Farida al-Hosani, a spokeswoman for the Emirates’ health sector, has also said that residents and Emiratis inoculated with the Sinopharm vaccine can get a third dose if they do not develop sufficient antibodies, telling the National newspaper this month that only a small number of people would be affected.

Dr. Zaher said he did not know the exact number of people who would require a third shot “because obviously we did not measure everyone, but it’s a very small number.” He said anyone who was concerned about their antibody levels after receiving the Sinopharm vaccine could approach their doctor about getting a third shot.

inoculating its population faster than any country except Israel and the Seychelles, is also using the Pfizer-BioNTech, Oxford-AstraZeneca and Sputnik V vaccines. The government is donating some of the Sinopharm doses it purchased to countries where it has strategic or commercial interests, including the Seychelles and Egypt.

But some doctors in Egypt have been reluctant to receive the shots, citing a lack of trust in the data released by Sinopharm and the Emirates, where some of the trials were held. Malaysia, one of the Emirates’ biggest trading partners, also declined an offer of 500,000 doses, saying that regulators would have to independently approve the Sinopharm vaccine.

Chief Covelli said Mr. Crimo planned the shooting for several weeks, but that the authorities had not yet established what his motive was. “We have no … END_OF_DOCUMENT_TOKEN_TO_BE_REPLACED

Kevin McKenzie and Martine van Hamel were standing in the dining room of their weekend house in Woodstock, N.Y., trying to figure out when they got … END_OF_DOCUMENT_TOKEN_TO_BE_REPLACED