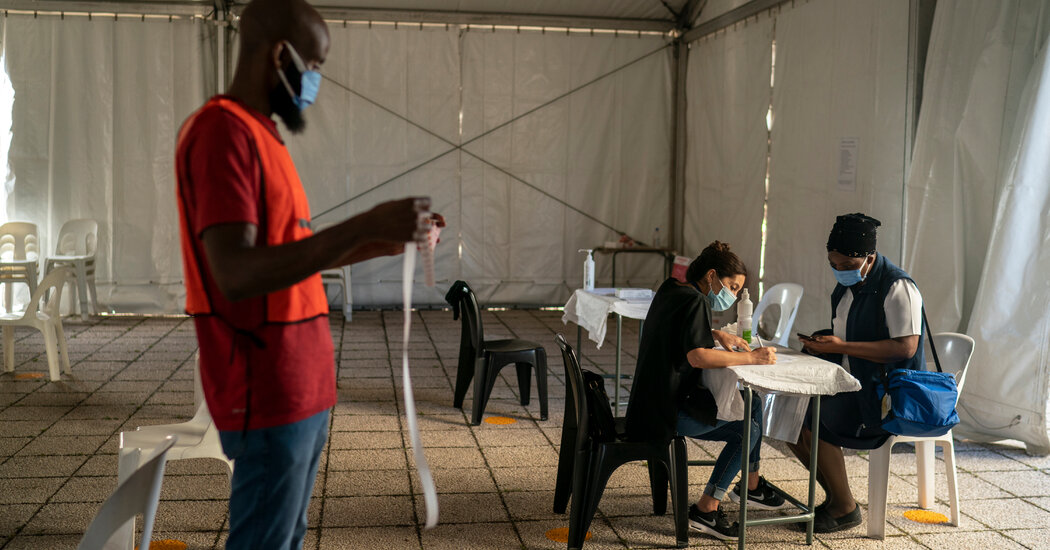 A global debate is heating up over how to get Covid-19 vaccines to the nations most in need.

The United States supports an effort to suspend intellectual property protections on Covid-19 vaccines, and European countries say that richer nations should begin exporting more of their vaccine supply to poorer ones.

The European Union — whose approval is needed for any waiver of vaccine patents — said on Thursday that it would consider the Biden administration’s proposal. But Germany, the bloc’s largest economy, said that pushing pharmaceutical companies to share vaccine patents could have “significant implications” for the production of vaccines. The European Commission signaled it wouldn’t support the U.S. proposal.

“The limiting factor in vaccine manufacturing is production capacity and high-quality standards, not patents,” a spokeswoman for Chancellor Angela Merkel of Germany said in a statement.

Europe’s position emphasized the challenges of winning support for the waivers at the World Trade Organization, where the bloc wields significant influence, and where unanimous approval would be needed for any measure to suspend patents.

inoculations have lagged behind those of richer countries.

Until the Biden administration’s announcement this week, the United States had been a major holdout at the W.T.O. over a proposal by India and South Africa to suspend some intellectual property protections. The move could give drugmakers access to the trade secrets of how the vaccines are made.

The pharmaceutical industry has argued that suspending patent protections would undermine risk-taking and innovation.

The debate arises amid a growing divide between wealthy nations that are slowly regaining normal life, and poorer countries that are confronting new and devastating outbreaks.

In India, which is suffering the world’s worst outbreak since the start of the pandemic, only 2.2 percent of the population is fully vaccinated, according to a New York Times database. South Africa has fully vaccinated less than 1 percent of its people. By contrast, vaccinations are slowing down in the United States — where one-third of people are fully inoculated — as they begin to pick up in Europe.

Even if a waiver receives support from the trade body, it alone would not increase the world’s vaccine supply. Large drug manufacturers in India and elsewhere would need extensive technological and other support to produce doses, experts say.

A sprawling waterfront compound on the eastern side of Lake Tahoe has hit the market for $55 million.Known as the Wovoka estate, it is owned by … END_OF_DOCUMENT_TOKEN_TO_BE_REPLACED

America is absorbing the shock of another bloody mass shooting, a day after an 18-year-old man wearing body armour and carrying assault rifles entered … END_OF_DOCUMENT_TOKEN_TO_BE_REPLACED