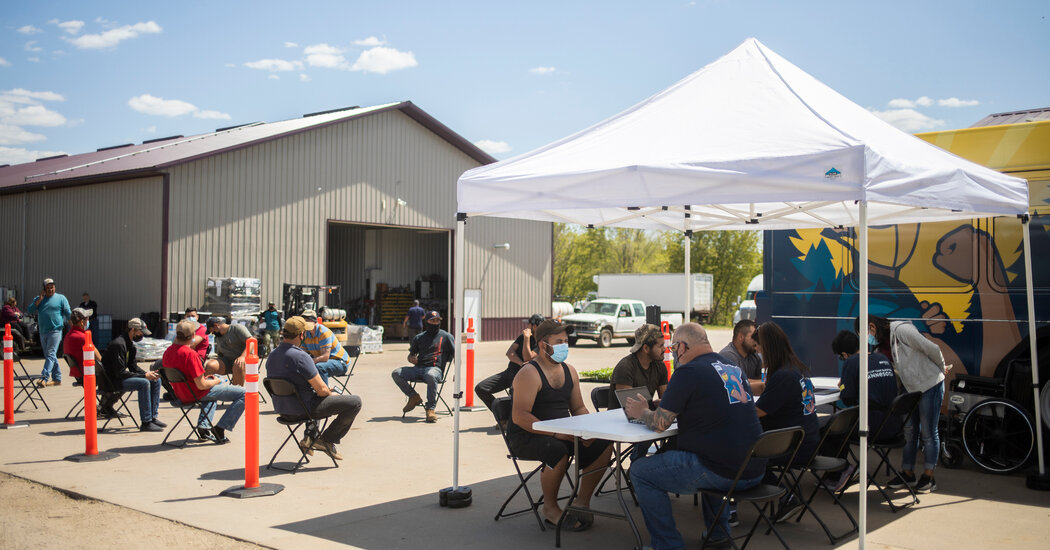 The story here is bigger than Covid-19. Last year, the economists Anne Case and Angus Deaton published a book called “Deaths of Despair and the Future of Capitalism” that documented a growing class divide in one area of American life after another.

Income and wealth have grown much more quickly over recent decades for people with a bachelor’s degree than people without one. Marriage, church attendance and self-reported happiness have declined more for the working class than the professional class; chronic pain, obesity and alcohol consumption have increased more. As the title of the book indicates, life expectancy has also diverged, partly because of deaths from alcoholism, drug overdoses and suicide.

Case and Deaton, who are Princeton professors, argue that behind these trends is a “coming apart” of the working-class experience. For many people, life lacks the structure, status and meaning that it once had.

Frequently, people are not officially employed by the company where they work, which robs them of the pride that comes from being part of a shared enterprise. They don’t belong to a labor union, either. The timing of their work shifts can change unexpectedly. Many parents are trying to raise children without a partner.

These challenges can interfere with Covid vaccination in multiple ways. Carving out the time — to do the logistical research, get the shot, cope with side effects and schedule a second shot — can be hard. Working-class Americans also have less reason to trust public health officials; if you had suffered the damaging “coming apart” of the past few decades, would you trust people in positions of authority?

After I described the vaccination trends to Case and Deaton, they sent me some broader data on life expectancy, by both race and class. It shows a significant Black-white gap. But that gap has not grown over the past decade. What has grown is the life expectancy gap between college graduates and non-graduates, among both Black and white Americans.

IRVINGTON, N.Y.--(BUSINESS WIRE)--CastleGreen Finance is pleased to announce the closing of One Park Road, West Hartford, CT, a $13,767,000 Commercial … END_OF_DOCUMENT_TOKEN_TO_BE_REPLACED

CNBC's Jim Cramer on Thursday advised Carvana shareholders to lock in gains after a big surge in the stock."I still think Carvana's a great long-term … END_OF_DOCUMENT_TOKEN_TO_BE_REPLACED

Get ready. Generation Z is preparing to enter the housing market over the next few years.Almost three-quarters of this cost-conscious generation, … END_OF_DOCUMENT_TOKEN_TO_BE_REPLACED