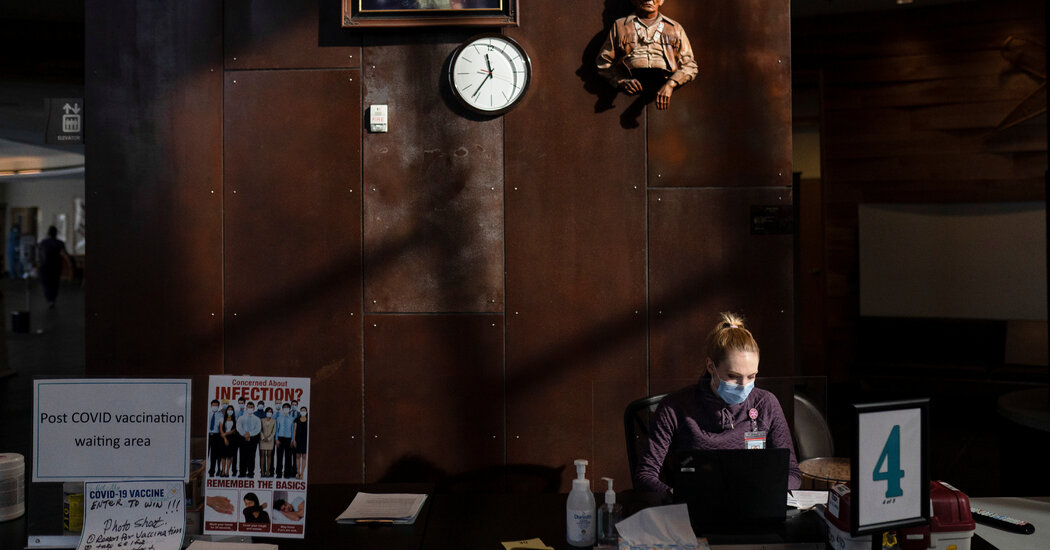 Dr. Angelique Ramirez, the chief medical officer of the main health care system in Fairbanks, Alaska, started the monthly coronavirus briefing in April by saying that she thought March’s meeting would be the last. But amid a new surge of cases in the state, one of the country’s worst surges, Dr. Ramirez was blunt about her past assessment.

With nearly 100,000 people, the Fairbanks metropolitan area is Alaska’s second largest and the largest in the state’s vast interior. According to a New York Times database, the number of new coronavirus cases in the borough of which Fairbanks is the seat, North Star, has risen by 253 percent over the past two weeks. The positivity rate has doubled since March, to about 10 percent from 5 percent, and hospitalizations at Fairbanks Memorial Hospital, the area’s only hospital, have hit a record number.

“This place is on fire with Covid,” Dr. Barb Creighton, an internist at Fairbanks Memorial Hospital, said at the meeting.

Experts are unsure what is driving the surge, though a low vaccination rate certainly plays a role. Thirty-six percent of Alaskans are fully vaccinated, and in some boroughs that number is over 50 percent, but in the Fairbanks area just 29 percent of the population has been fully vaccinated.

“There is no big outbreak or two big outbreaks that are really driving this,” said Dr. Joe McLaughlin, the state epidemiologist for Alaska. “We have cases and clusters being associated with a wide range of different settings.”

With two-thirds of the older population in Fairbanks having received at least one dose of a vaccine, those who have recently been hospitalized in Fairbanks are younger than the Covid patients during the winter, when there was a peak in case numbers. Dr. Creighton said people who were hospitalized in April tended to be in their 40s and 50s and were unvaccinated because they were waiting to see what side effects might come from receiving a Covid-19 vaccine.

“We are seeing them stay longer because they are not dying,” Dr. Creighton said. “We are giving them noninvasive ventilation and they are staying for two, three weeks and turning around, which I’ve never been more proud of.”

But while those older patients during the winter peak were largely grateful to be receiving care, those hospitalized now feel differently.

“Some of these folks are folks that are anti-vaxxers, anti-maskers, and they don’t believe they have Covid or are sick because of it, and our staff is getting pretty angry folks,” Shelley Ebenal, the chief executive of the health care system, Foundation Health Partners, said, imploring the system’s trustees to share their appreciation of the hospital staff with them.

If you’ve ever dreamed of a quiet life on a boat in Alaska, this new waterfront listing can help you realize that vision.Of course, there's always … END_OF_DOCUMENT_TOKEN_TO_BE_REPLACED