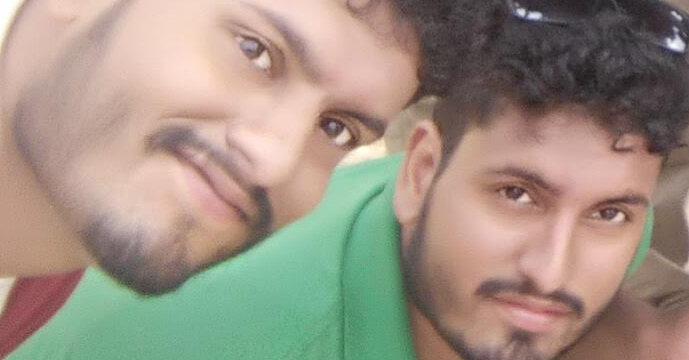 NEW DELHI — Joefred and Ralfred Gregory moved through life as one.

They went to the same college. They studied the same thing. They wore matching clothes. They trimmed their beards the exact same way.

Identical twins, they were two handsome young men in northern India who above all else really loved each other. And when they both were struck by Covid-19 last month and hospitalized, it was like they shared one sick body.

Hours after Joefred died, Ralfred’s mother told him that his brother was still alive, to keep his spirits up.

has suffered so much and keeps suffering. Though India’s overall case numbers have dropped this past week, the deaths keep going up.

On Wednesday, India broke a world record for the most reported Covid deaths in a single day: 4,529. However alarming that number is — three Indians dying every minute because of the coronavirus — experts say that it is just a small fraction of the true toll and that the real numbers are far higher.

Joefred and Ralfred, 24, had a special bond. Though their parents gave them similar names, they said they didn’t raise the twins to copy each other. Still, neighbors said that where you saw one, you saw the other, even after they reached adulthood.

the worst surge of infections that any country had seen since the pandemic began.

So many people were getting infected at the same time, especially in northern India, where Meerut is, that hospitals couldn’t cope. Sick people were being turned away. They were dying in the streets, in the back seats of cars parked in vain outside hospital gates, at home, gasping for air.

There was a deadly shortage of lifesaving oxygen and medicine. It was the Covid nightmare that all nations have feared since the pandemic began, exploding with a fury.

leading Indian newspapers ran stories, showing the two brothers side by side in identical suits. Television stations jumped in as well, with their doctor talking about how thoroughly the virus had destroyed their lungs.

Of all the thousands of deaths in recent days, these two seemed to really unsettle people, perhaps because the twins were just in their 20s and had looked so healthy, or maybe it was simply their closeness. Across social media, people exchanged messages such as “This is so heartbreaking!” and “How devastating it must be for the parents. So young …”

Their father says he feels like his heart has been torn from his body.

“I keep thinking that maybe I shouldn’t have brought them to the hospital,” he said. “Maybe I should have kept them at home. There is a parental love that the hospital can’t give.”

“But there’s no use of saying, ‘If this could have happened, or that could happened,’” he said. “My children are gone now.”

Every day, he said, he visits the graveyard.

Beneath a young neem tree, Joefred and Ralfred Gregory are buried in two coffins but one grave.

It’s a property that offers a unique open floor plan—plus a hot tub with a view.“It was a Methodist church located in a historic little area of St. … END_OF_DOCUMENT_TOKEN_TO_BE_REPLACED