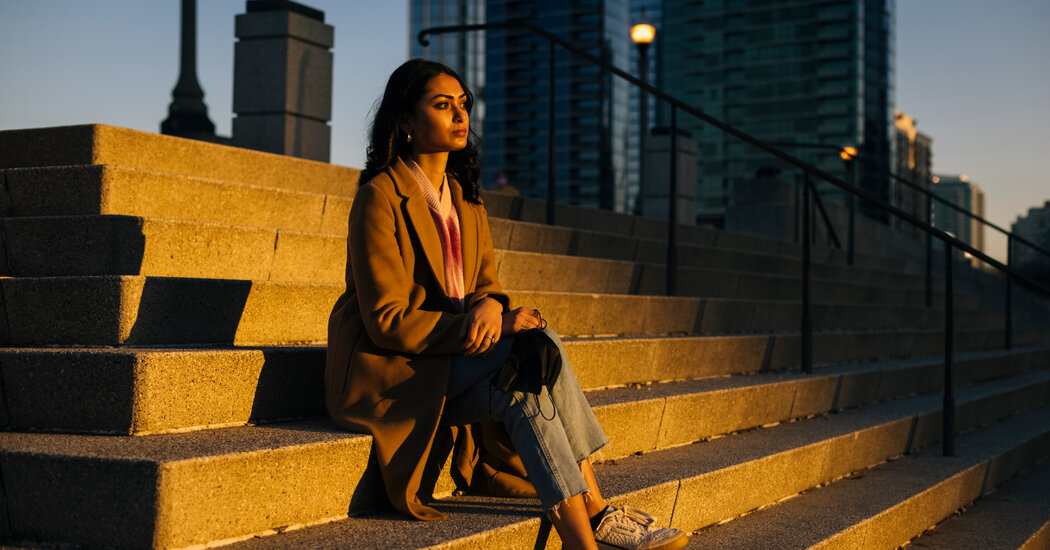 In the fall, after Samar Khan came down with a mild case of Covid-19, she expected to recover and return to her previous energetic life in Chicago. She was 25 and healthy.

But weeks later, she said, “this weird constellation of symptoms began to set in.”

She had blurred vision encircled with halos. She had ringing in her ears, and everything began to smell like cigarettes or Lysol. One leg started to tingle, and her hands would tremble while she was putting on eyeliner.

She also developed “really intense brain fog,” she said. Trying to concentrate on a call for her job in financial services, she felt as if she had come out of anesthesia.

By the end of the year, Ms. Khan was referred to a special clinic for Covid-related neurological symptoms at Northwestern Memorial Hospital in Chicago, which has been evaluating and counseling hundreds of people with similar problems.

study focused on long-term neurological symptoms in people who were never physically sick enough from Covid-19 to need hospitalization, including Ms. Khan.

The study of 100 patients from 21 states, published on Tuesday in The Annals of Clinical and Translational Neurology, found that 85 percent of them experienced four or more neurological issues like brain fog, headaches, tingling, muscle pain and dizziness.

“We are seeing people who are really highly, highly functional individuals, used to multitasking all the time and being on top of their game, but, all of a sudden, it’s really a struggle for them,” said Dr. Igor J. Koralnik, the chief of neuro-infectious diseases and global neurology at Northwestern Medicine, who oversees the clinic and is the senior author of the study.

The poshest place in California's Coachella Valley is The Madison Club. This exclusive gated community in La Quinta is where A-listers and tycoons … END_OF_DOCUMENT_TOKEN_TO_BE_REPLACED

KOROPY, Ukraine — Four men tugged at long strips of fabric to lift a coffin out of the gaping hole in the backyard of a small house. They flung the … END_OF_DOCUMENT_TOKEN_TO_BE_REPLACED