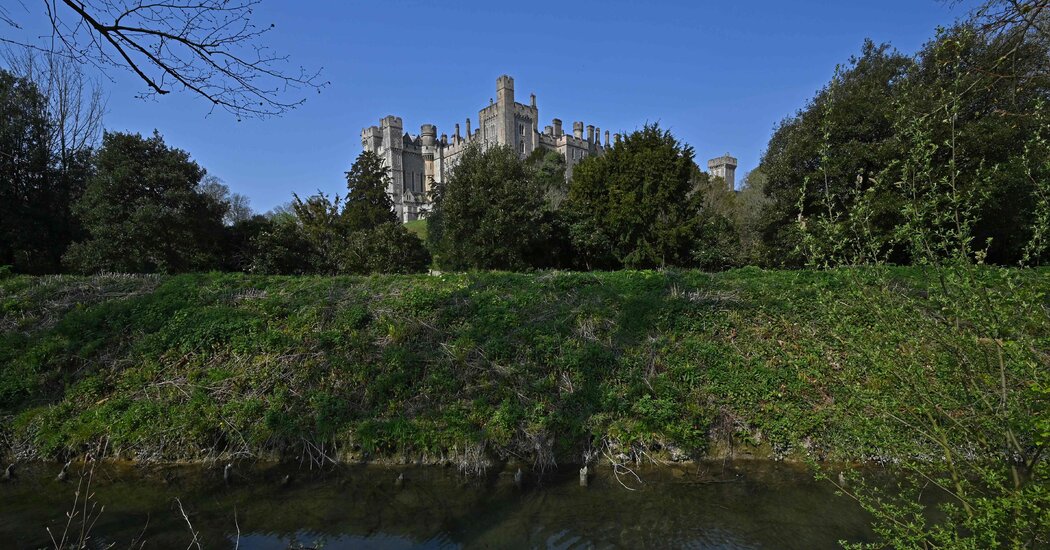 LONDON — The thieves broke into an imposing castle in the English countryside and took a rare bounty: rosary beads that once belonged to Mary, Queen of Scots, along with other gold and silver artifacts that the authorities said were worth over $1.4 million.

The theft came just days after historical sites in England were allowed to reopen after months of lockdown, and the police are asking visitors who might have witnessed suspicious behavior before the crime last Friday at Arundel Castle, about 60 miles southwest of London, to come forward.

Apart from their material value, the items stolen had “immeasurably greater and priceless historical importance,” a spokesman for the castle’s trustees said in a statement. “We therefore urge anyone with information to come forward to the police to assist them in returning these treasures back where they belong.”

The castle and its grounds, a near thousand-year-old site that is the principal home of the Duke of Norfolk, had only reopened to visitors on Tuesday. The police said in a briefing on Sunday that the thieves had taken the items from a display cabinet along a route taken by visitors, and were investigating whether an abandoned car on fire found in a nearby village shortly after the burglary was related to the crime. Other items stolen included several coronation cups and other gold and silver treasures.

on Twitter, adding that the men around the Catholic royal had tried to force her conversion to Protestantism before her death and refused to allow a chaplain to pray with her. Many of her belongings were lost or burned to stop them from becoming relics, making the beads even more important, she said.

The heist was “definitely targeted,” said James Ratcliffe, director of recoveries at The Art Loss Register, a database of stolen art, adding that it was unlikely to be an accident that it had coincided with the castle’s recent reopening, and that the culprits could have carried out a reconnaissance or even stayed hidden in the castle after it closed on Friday.

Thieves have targeted other treasures from public exhibitions at stately homes in England in recent years. In 2019, a fully functioning 18-karat gold toilet — not an aristocratic indulgence but an artwork by Maurizio Cattelan — was stolen from Blenheim Palace, the vast stately home near Oxford where Winston Churchill was born. It has yet to be recovered. And in a similar crime, thieves broke into Sudeley Castle in southwest England, smashed a display case and made away with jewelry and artifacts.

Even with their material worth, such recognizable items would be difficult to sell, Mr. Ratcliffe said, and buyers would be wary of the potential for prosecution if they were caught. Intact, they could fetch as little as 50,000 pounds (about $71,000). But if the artifacts were melted down to their base materials — the “worst case scenario,” he said — they would lose their cultural value and be worth even less.

He was keeping his fingers crossed, he added, that the thieves would “see reason” and return the items anonymously to avoid getting caught. “There’s an awful lot of risk for very little reward,” he said.

If you’re superstitious, today is your day.That's because it's Friday the 13th (the only one of the year, in fact). It's a day when bad juju reigns … END_OF_DOCUMENT_TOKEN_TO_BE_REPLACED

CHARLOTTE, NORTH CAROLINA - OCTOBER 20: Chris Duarte #3 of the Indiana Pacers defends Gordon Hayward ... [+] #20 of the Charlotte Hornets during their … END_OF_DOCUMENT_TOKEN_TO_BE_REPLACED

Army vehicles were so decrepit that repair crews were stationed roughly every 15 miles. Some officers were so out of shape that the military budgeted … END_OF_DOCUMENT_TOKEN_TO_BE_REPLACED