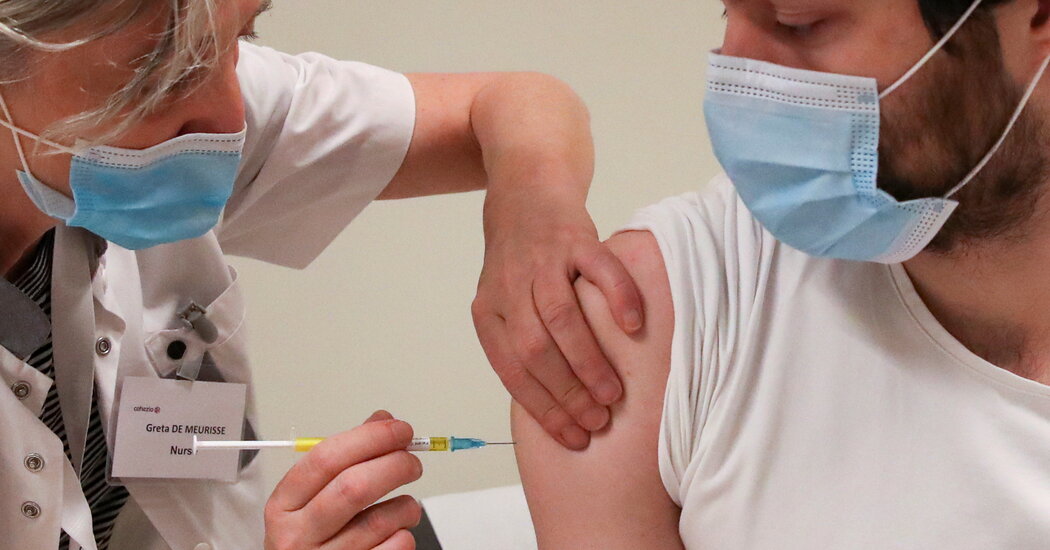 In early 2020, dozens of scientific teams scrambled to make a vaccine for Covid-19. Some chose tried-and-true techniques, such as making vaccines from killed viruses. But a handful of companies bet on a riskier method, one that had never produced a licensed vaccine: deploying a genetic molecule called RNA.

The bet paid off. The first two vaccines to emerge successfully out of clinical trials, made by Pfizer-BioNTech and by Moderna, were both made of RNA. They both turned out to have efficacy rates about as good as a vaccine could get.

In the months that followed, those two RNA vaccines have provided protection to tens of millions of people in some 90 countries. But many parts of the world, including those with climbing death tolls, have had little access to them, in part because they require being kept in a deep freeze.

Now a third RNA vaccine may help meet that global need. A small German company called CureVac is on the cusp of announcing the results of its late-stage clinical trial. As early as next week, the world may learn whether its vaccine is safe and effective.

Novavax, a company based in Maryland whose vaccine uses coronavirus proteins, is expected to apply for U.S. authorization in the next few weeks. In India, the pharmaceutical company Biological E is testing another protein-based vaccine that was developed by researchers in Texas. In Brazil, Mexico, Thailand and Vietnam, researchers are starting trials for a Covid-19 shot that can be mass-produced in chicken eggs.

Vaccines experts are particularly curious to see CureVac’s results, because its shot has an important advantage over the other RNA vaccines from Moderna and Pfizer-BioNTech. While those two vaccines have to be kept in a deep freezer, CureVac’s vaccine stays stable in a refrigerator — meaning it could more easily deliver the newly discovered power of RNA vaccines to hard-hit parts of the world.

“It’s gone largely under the radar,” said Jacob Kirkegaard, a senior fellow at the Peterson Institute for International Economics in Washington, D.C. But now, he added, “they look pretty well positioned to clean up the global market.”

For CureVac’s co-founder, the biologist Ingmar Hoerr, the company’s Covid-19 vaccine trial is the culmination of a quarter-century’s worth of work with RNA, a molecule that helps turn DNA into the proteins that do the work of our cells. As a graduate student at the University of Tübingen in the 1990s, Dr. Hoerr injected RNA into mice and found that the animals could make the protein encoded by the molecules. He was surprised to find that the mice’s immune systems made antibodies against the new proteins.

only a few scientists in the world considered an RNA vaccine a serious possibility. But proponents thought it might change medicine. You could, in theory, craft an RNA molecule to immunize people against any virus. You might even be able to create an RNA vaccine to cure cancer, if you could make an RNA molecule that encoded a tumor protein.

In 2001, Dr. Hoerr co-founded CureVac to chase the idea, but for the first few years the company struggled to survive. To keep the lights on, it took orders from other labs for custom-built RNA molecules. On the side, CureVac’s scientists tinkered with their own designs for RNA vaccines.

Over time, they found subtle tweaks to RNA vaccine molecules that caused cells to make more proteins. The more potent the RNA, the lower the dose they needed in vaccines.

CureVac’s researchers also figured out how to put the RNA molecules in fatty bubbles to protect them from destruction on their journey to cells. And perhaps most important, they used a form of RNA that could stay stable at relatively warm temperatures. Instead of requiring a deep freezer, CureVac’s vaccine could be refrigerated.

In time, other companies entered the RNA vaccine business as well: BioNTech in Germany in 2008, then Moderna in Boston in 2011. Their experiments began showing that these vaccines could protect animals against an assortment of viruses. In 2013, CureVac injected human volunteers with a rabies RNA vaccine, in the first clinical trial of the technology against an infectious disease.

For years, CureVac and other RNA vaccine companies toiled on perfecting their vaccines. CureVac’s first attempt at a rabies vaccine demonstrated it was safe, but it yielded a weak response from the immune system. The company has since retooled that vaccine, and the updated version has shown promise in early clinical studies. But other efforts ended in failure. In 2017, CureVac announced that its RNA vaccine against prostate cancer offered no benefits to patients.

$1 billion to move its operations to the United States. CureVac denied the reports, but the chief executive suddenly left, to be replaced by Dr. Haas.

CureVac’s researchers moved ahead with their limited resources, designing an RNA molecule encoding a protein found on the surface of the coronavirus, called spike. Experiments on hamsters showed that it could protect the animals from the virus.

Phase 3 trial, recruiting 40,000 volunteers in Europe and Latin America. The company will get its first look at the data when 56 volunteers develop Covid-19. If most of them are in the placebo group, and few in the vaccinated group, it will be proof that the vaccine works.

In April, the European Union finally fixed this shortfall, negotiating with Pfizer and BioNTech to get 1.8 billion doses of their vaccine between now and 2023. That arrangement has left analysts wondering how much demand will be left for CureVac.

“They’re going to miss the boat on the major, advanced-economy markets,” said Dr. Kirkegaard. “The U.S., Europe and Japan are going to be largely vaccinated using these Moderna and Pfizer vaccines.”

Dr. Haas countered that most of the bloc’s doses from Pfizer-BioNTech won’t come until next year. “CureVac sees itself as a major player in ending the Covid-19 pandemic in Europe and elsewhere,” he said.

Ursula von der Leyen, president of the European Commission, said that if the CureVac vaccine worked, it would be in the mix, thanks to two advantages: It is an mRNA vaccine, and it was created in Europe. It is also possible that individual European nations will make side deals with the company.

Billions of other people in low- and middle-income countries have yet to receive a vaccine, and experts say that CureVac may meet some of their demand. “We still need a lot of vaccine globally,” said Florian Krammer, a virologist at the Icahn School of Medicine at Mount Sinai in New York. “I think a lot of people can benefit from it.”

The vaccines from Moderna and Pfizer-BioNTech are challenging to distribute in the developing world because of the equipment and power supply required to freeze these vaccines. CureVac’s RNA vaccine can stay stable for at least three months at 41 degrees Fahrenheit, and it can sit for 24 hours at room temperature before it is used.

“The stability is a real advantage,” Dr. Jackson said. C.E.P.I. is “in very active discussions” with CureVac, he said, about distributing the company’s vaccine through Covax, an initiative to distribute vaccines to low- and middle-income countries.

But CureVac is also designing a new generation of vaccines with a goal of eventually moving into markets in the United States and other wealthy nations. Because its potent RNA requires only a small dose, the company could potentially create vaccines for different variants and mix them in a single shot.

But such possibilities are meaningless until CureVac can prove that its vaccine works. Mary Warrell, a vaccine researcher at the University of Oxford, is reluctant to speculate about the fate of the vaccine before that milestone.

“Prediction during this pandemic has rarely been profitable,” she warned.

Listed on April 21 for $2,395,000 with Adam Weissman of Coldwell Banker Bain of Lake Union, the gorgeous four-bedroom brick home was sold on May 6 for … END_OF_DOCUMENT_TOKEN_TO_BE_REPLACED