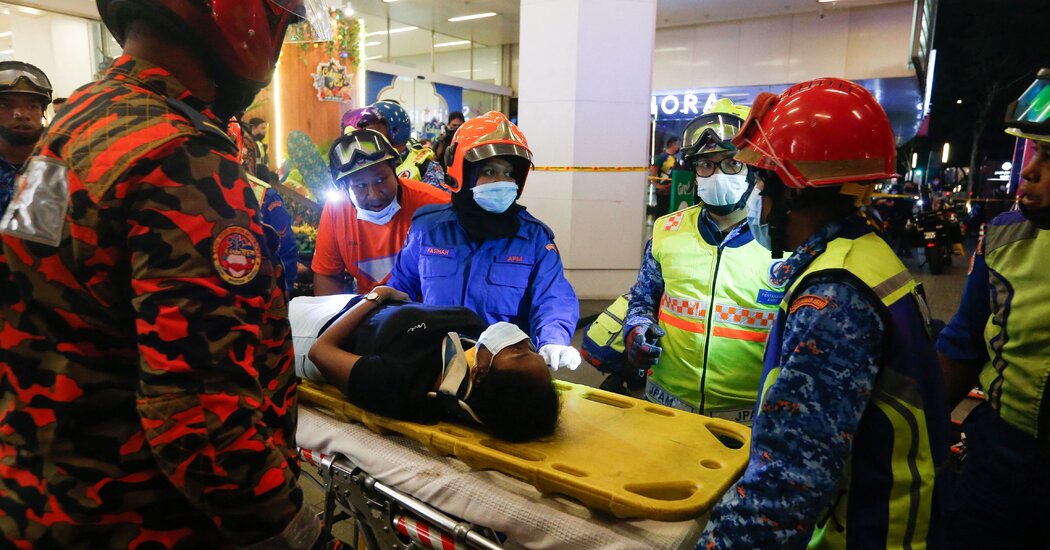 More than 200 people were injured in Malaysia’s largest city, Kuala Lumpur, on Monday when a train full of passengers collided head-on in a tunnel with another train on a test run, the authorities said.

The trains were traveling at speeds of 12 to 25 miles an hour when they crashed on Monday evening. The authorities said all 213 passengers were hurt, including 47 who suffered serious injuries. No fatalities were reported.

Hours after the crash, Malaysia’s prime minister, Muhyiddin Yassin, called for a “full investigation” in a post on his Facebook page. “I take this accident seriously,” he said.

Photos and videos of the scene posted on social media showed injured passengers lying on the floor of the train and others lying on stretchers outside as paramedics treated them and put them in ambulances. Many other passengers sat nearby. Several had their heads wrapped in bandages.

“We had only moved for a few seconds when the crash happened, and the impact was so strong that I suffered injuries to my head, left leg and chest,” he said.

Mr. Wee, the transportation minister, told Channel News Asia that he would create a task force to investigate the crash and expected a preliminary report in two weeks.

“This is something that is out of the ordinary and it is not supposed to happen,” he said. “Is it signaling, or system, or complications, or human error? A special task force will be formed and its objective is to determine the exact cause of the collision.”

AUSTIN, Texas--(BUSINESS WIRE)--As the first multifamily management company to be recognized in the Public Relations and Marketing Excellence Awards, … END_OF_DOCUMENT_TOKEN_TO_BE_REPLACED

There have been whispers of cooling housing and rental prices in the San Francisco Bay Area, but that hasn't yet translated into practical, noticeable … END_OF_DOCUMENT_TOKEN_TO_BE_REPLACED

Cars pass in Independence Square at twilight in Kyiv, Ukraine, Monday, Oct. 31, 2022. Rolling ... [+] blackouts are increasing across Ukraine as the … END_OF_DOCUMENT_TOKEN_TO_BE_REPLACED