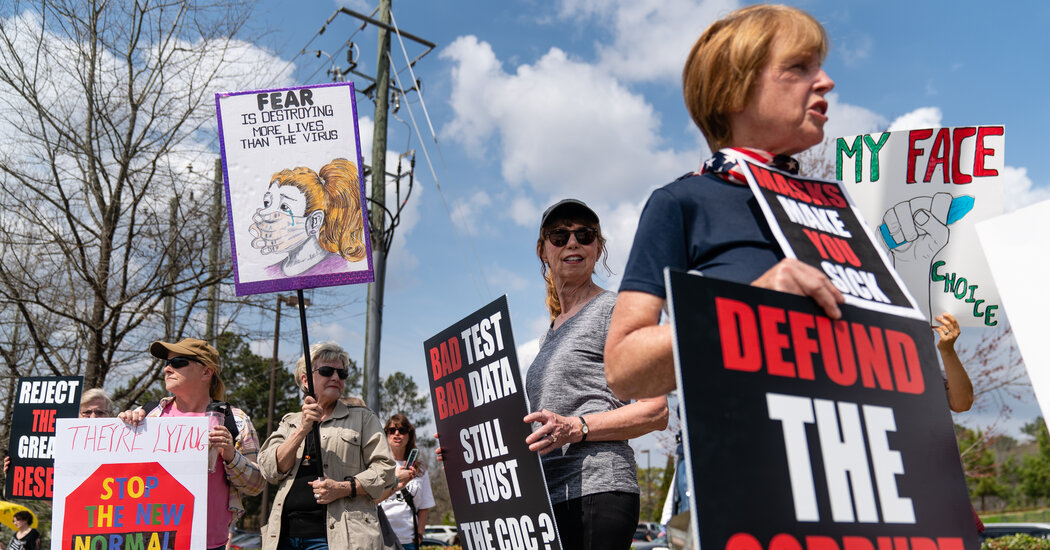 Former President Donald J. Trump, in a nationally televised interview, recommended the Covid-19 vaccine to Americans who were reluctant to get it, including his supporters.

Mr. Trump and his wife, Melania, were vaccinated in secret in January. Vaccine proponents have been calling on him to speak more forcefully in favor of the shots to his legions of supporters, many of whom remain reluctant, polls show.

He added: “It is a safe vaccine, and it is something that works.”

While there are degrees of opposition to vaccination for the coronavirus among a number of groups, including African-Americans and antivaccine activists, polling suggests that opinions are breaking substantially along partisan lines.

CBS News poll that they would not be vaccinated — compared with 10 percent of Democrats — and another 20 percent of Republicans said they were unsure. Other polls have found similar trends.

Still, Mr. Trump — whose tenure during the pandemic was often marked by railing against recommendations from medical experts — said on Tuesday that “we have our freedoms and we have to live by that, and I agree with that also.”

With President Biden’s administration readying television and internet advertising and other efforts to promote vaccination, the challenge for the White House is complicated by perceptions of Mr. Trump’s stance on the vaccine.

Asked about the issue on Monday at the White House, Mr. Biden said Mr. Trump’s help promoting vaccination was less important than getting trusted community figures on board.

“I discussed it with my team, and they say the thing that has more impact than anything Trump would say to the MAGA folks is what the local doctor, what the local preachers, what the local people in the community say,” Mr. Biden said, referring to Mr. Trump’s supporters and campaign slogan “Make America Great Again.” Until everyone is vaccinated, Mr. Biden added, Americans should continue to wear masks.

Widespread opposition to vaccination, if not overcome, could slow the United States from reaching the point where the virus can no longer spread easily, setting back efforts to get the economy humming again and people back to a more normal life. While the problem until now has been access to relatively tight supplies of the vaccine, administration officials expect to soon face the possibility of supply exceeding demand if many Americans remain reluctant.

“The national atmosphere around vaccine uptake matters,” said John Bridgeland, the founder and chief executive of Covid Collaborative, a bipartisan group working closely with the White House on issues of vaccine hesitancy. “Although the ground game is the most important thing, having a tail wind behind us at the national level with every single living President and first lady, regardless of party, saying Americans should get this safe and effective vaccine creates the kind of tail winds we are looking for.”

Chief Covelli said Mr. Crimo planned the shooting for several weeks, but that the authorities had not yet established what his motive was. “We have no … END_OF_DOCUMENT_TOKEN_TO_BE_REPLACED

Kevin McKenzie and Martine van Hamel were standing in the dining room of their weekend house in Woodstock, N.Y., trying to figure out when they got … END_OF_DOCUMENT_TOKEN_TO_BE_REPLACED