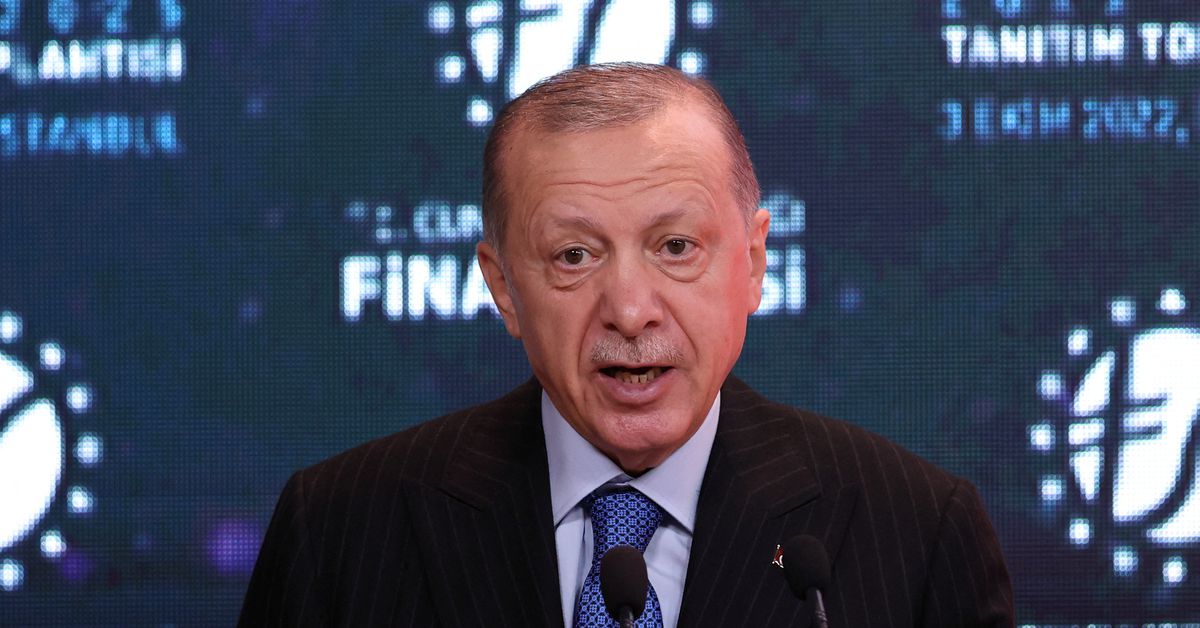 Sweden and Finland applied for membership in NATO earlier this year following Russia’s invasion of Ukraine. So far 28 of the current 30 member states’ parliaments have approved the application, but Turkey has raised objections.

Summoned to Turkey’s foreign ministry, Swedish Ambassador Staffan Herrstrom was told that the “impertinent and ugly expression and images” about Erdogan and Turkey were unacceptable, according to Anadolu.

The move came as a Swedish delegation was expected in Ankara to discuss details about the extradition of people Turkey regards as terrorists, which Ankara says is a condition to approve Sweden and Finland’s bids to join NATO.

Swedish Prime Minister Magdalena Andersson played down the importance of the satirical TV show over which Ankara protested, and said she did not think it would harm Sweden’s chances to join NATO.

“I think what is important for Turkey is, of course, that we live up to the agreement that we have made,” she told a news conference.

The comic news show has drawn criticism from foreign authorities in the past, with the Chinese embassy in Stockholm demanding an apology in 2018 for what it maintained was a racist portrayal of Chinese citizens.

Reporting by Ali Kucukgocmen and Ece Toksabay in Istanbul, additional reporting by Anna Ringstrom and Johan Ahlander in Stockholm; Editing by Jonathan Spicer and Mark Heinrich

AUSTIN, Texas--(BUSINESS WIRE)--As the first multifamily management company to be recognized in the Public Relations and Marketing Excellence Awards, … END_OF_DOCUMENT_TOKEN_TO_BE_REPLACED

There have been whispers of cooling housing and rental prices in the San Francisco Bay Area, but that hasn't yet translated into practical, noticeable … END_OF_DOCUMENT_TOKEN_TO_BE_REPLACED

Cars pass in Independence Square at twilight in Kyiv, Ukraine, Monday, Oct. 31, 2022. Rolling ... [+] blackouts are increasing across Ukraine as the … END_OF_DOCUMENT_TOKEN_TO_BE_REPLACED