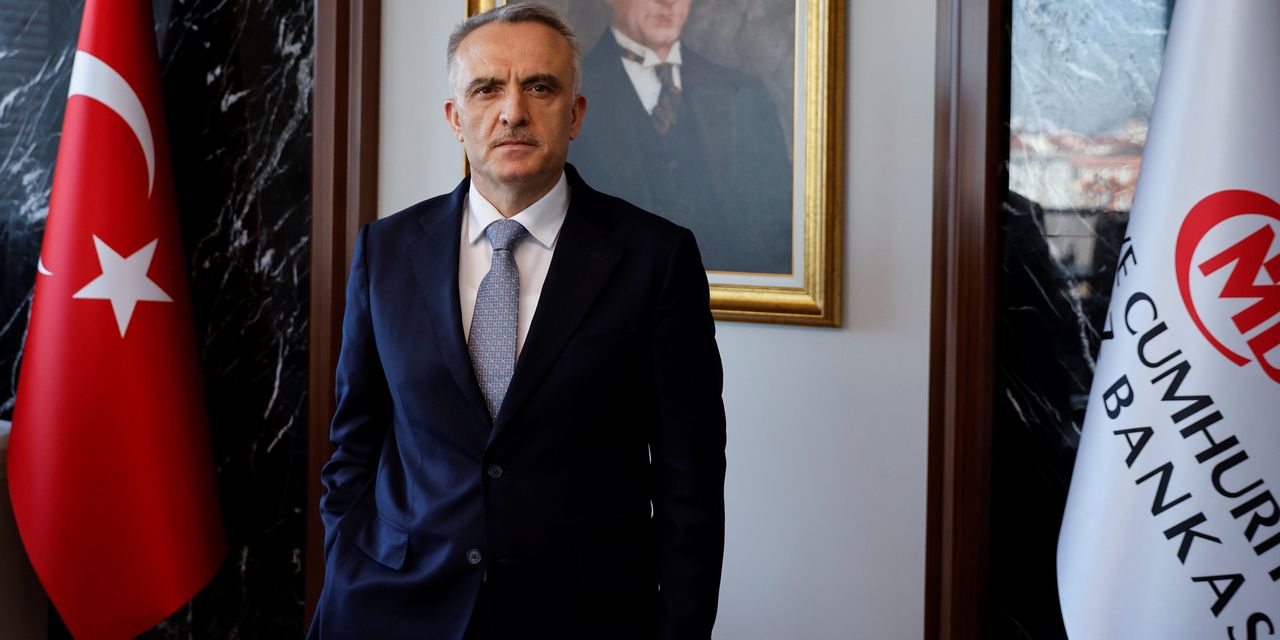 Central bank governor Naci Agbal is the third central bank chief fired by Mr. Erdogan in less than two years as the country has weathered a series of economic and geopolitical crises.

Mr. Agbal was replaced by Sahap Kavcioglu, a former member of parliament from Mr. Erdogan’s Justice and Development Party and columnist for the pro-government newspaper Yeni Safak, according to a presidential decree published in Turkey’s official Gazette.

Since Mr. Agbal was appointed in November, the central bank raised interest rates significantly in an effort to fight inflation. Turkey’s central bank lifted its key rate to 15% from 10.25% in November, and followed that up with a move to 17% in December.

Those increases, and a follow-up Thursday that raised rates to 19%, were a response to a rapid rebound in economic activity in the second half of last year that left Turkey as the only member of the Group of 20 leading economies apart from China to record growth last year.

However, that expansion exacerbated a longstanding problem with high inflation, which at more than 15% in February was three times the central bank’s target.

Following a currency crisis in 2018, Turkey has experienced a series of economic and geopolitical crises that have resulted in a steep decline of the lira. In addition to the currency crisis, Turkey is also contending with the civil war in Syria and contentious relations with Washington.

The ouster of the central bank governor is “likely to trigger large falls in the lira” when markets open on Monday, according to an analysis by Jason Tuvey, a senior emerging markets economist at Capital Economics, a consulting firm in London.

Mr. Erdogan has in recent years expanded his reach into Turkey’s political and economic system.

“It’s the desertification of the Turkish economy. Every single source of water, of life, is drying up because of short-term political calculations trumping over long-term institutional actions,” said Selim Sazak, a visiting researcher at Bilkent University in Ankara.

Mr. Erdogan’s government could expand spending to counteract any domestic political backlash to a slide in the currency, said Mr. Sazak.

“What can we say? We suffer the consequences of our own actions. Economic suicide,” said former central bank governor Durmus Yilmaz, who is currently an official with a centrist opposition party, in a tweet.

Mr. Kavcioglu, the newly appointed central bank chief, has criticized the central bank’s recent rate increases in his newspaper columns. “Our country always lost out from high interest rates,” he wrote in an article on Feb. 9.

The central bank’s decision to raise its key interest rate Thursday came amid growing uncertainty for emerging markets such as Turkey. A stronger U.S. recovery is prompting a rise in long-term U.S. bond yields, which attracts more investors to buy dollars at the expense of emerging-market currencies.

A sharp weakening of those currencies would increase the local cost of repaying U.S. dollar debts, thereby threatening the stability of their financial systems. It would also push inflation higher, particularly in countries such as Turkey that are heavily reliant on imported oil, prices of which are set in U.S. dollars.

Turkey’s rate increase was bracketed by similar moves in Brazil and Russia. Both the Turkish and Russian central banks referenced heightened speculation in global financial markets that the Federal Reserve would tighten its policy earlier than had been expected, despite assurances from the U.S. central bank that it wouldn’t raise rates before the end of 2023.

Corrections & Amplifications
Sahap Kavcioglu is the Turkish central bank’s fourth chief in less than two years. An earlier version of this article incorrectly said he would be the third.

Arseny Bulakov, the chairman of the St. Petersburg Tolkien Society, called the production “a very revealing artifact” of its era: “filmed in destitute … END_OF_DOCUMENT_TOKEN_TO_BE_REPLACED